The AFL and NRL seasons are in full bore, NBA season is winding down and racing just keeps on ticking over. As usual there was plenty of daily fantasy action this past weekend and we recap all the winners from the biggest competitions.

SportChamps was again loaded with racing tournaments to choose from over the weekend headlined by the Saturday Metro Tournaments with two massive tournaments. It was Lonhro1 who took home the Racing $10 Saturday - $15,000 guaranteed tournament collecting $2,197.13. While the $5,000 tournament was won by murse1 collecting a total of $2,881.38 in winnings.

AFL headlined the competitions at Draftstars over the weekend their marquee contest being the AFL $50,000+ Saturday tournament. First place was taken out by holymoses who rode home the GWS Giants stack to win the $4,960.35 prize. The 26th ranked DFR member Rwhelan09 also had a big day finishing 2nd, 4th, 7th, 8th and 9th to collect over $7,142.99. 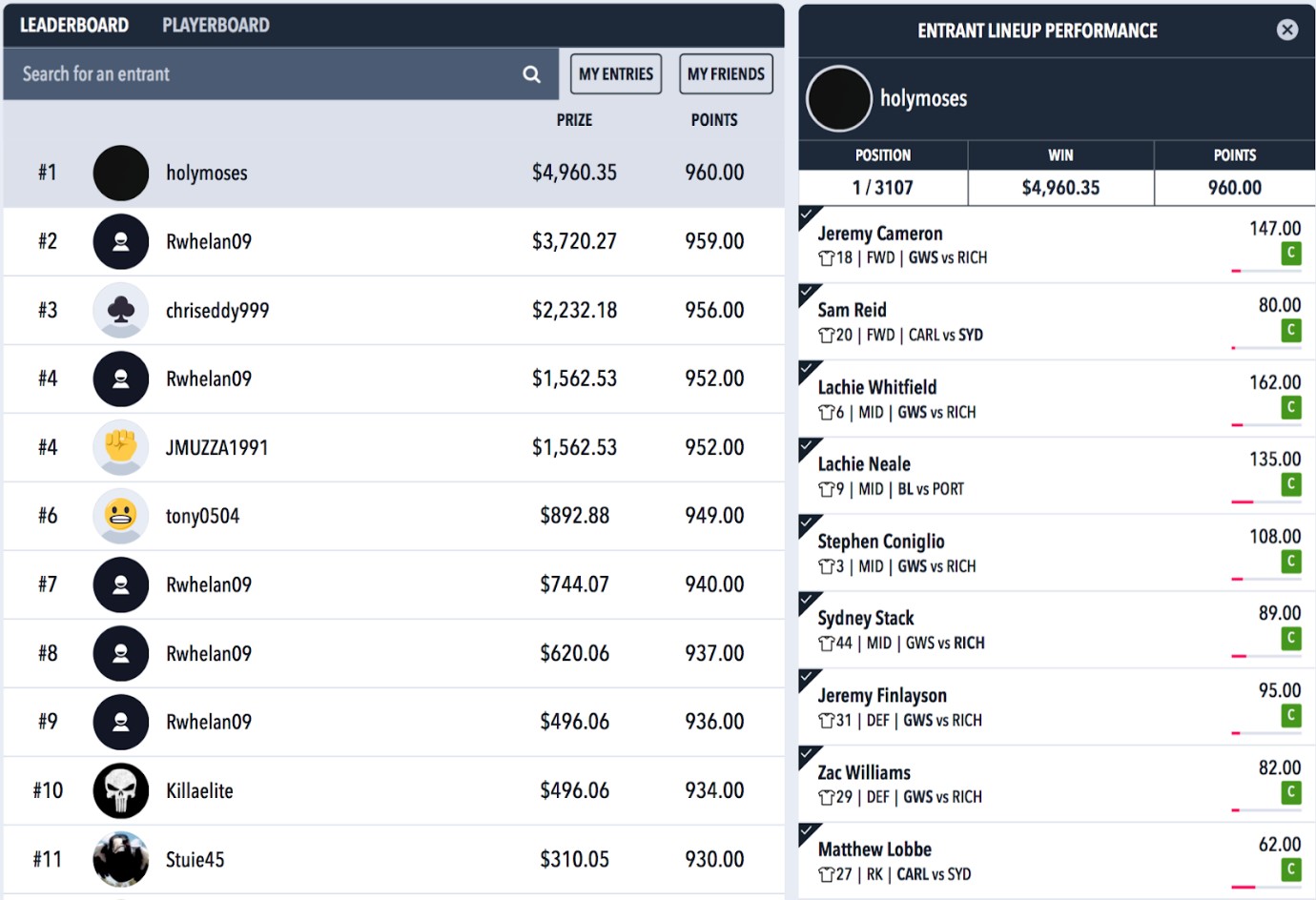 In the AFL $30,000+ Sunday contest it was Ikafri15 with the Western Bulldogs midfield stack who took home first place and the first place prize of $5,163.06. The 33rd ranked DFR member killaelite also had a big day finishing 3rd and 5th to pocket over $2,978. 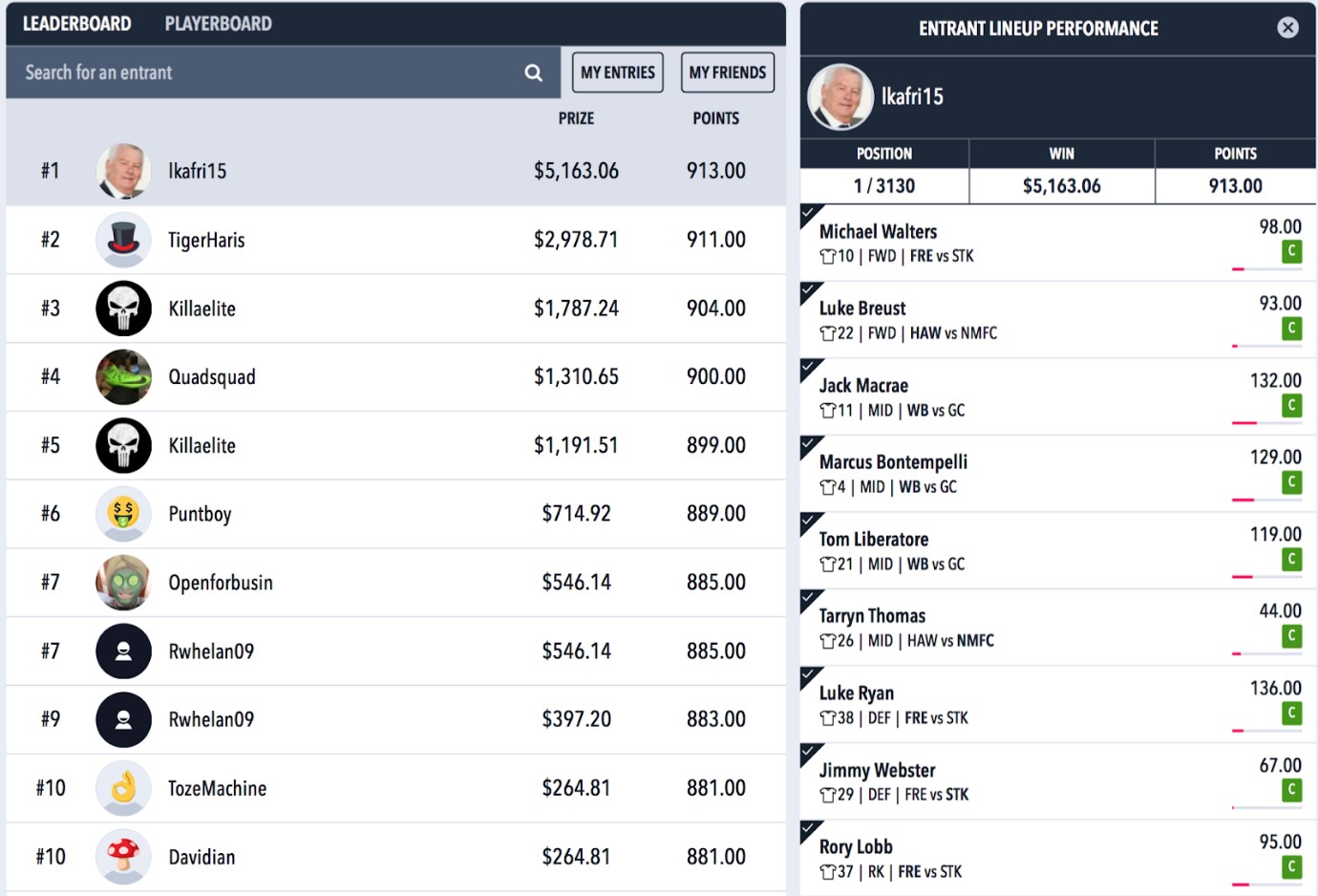 In the NBA scores were through the roof in the NBA $8,000+ Saturday with three going over 400 points. 2easy4u took home first place and $876.26 just beating out the 8th ranked DFR member Stimpy870. 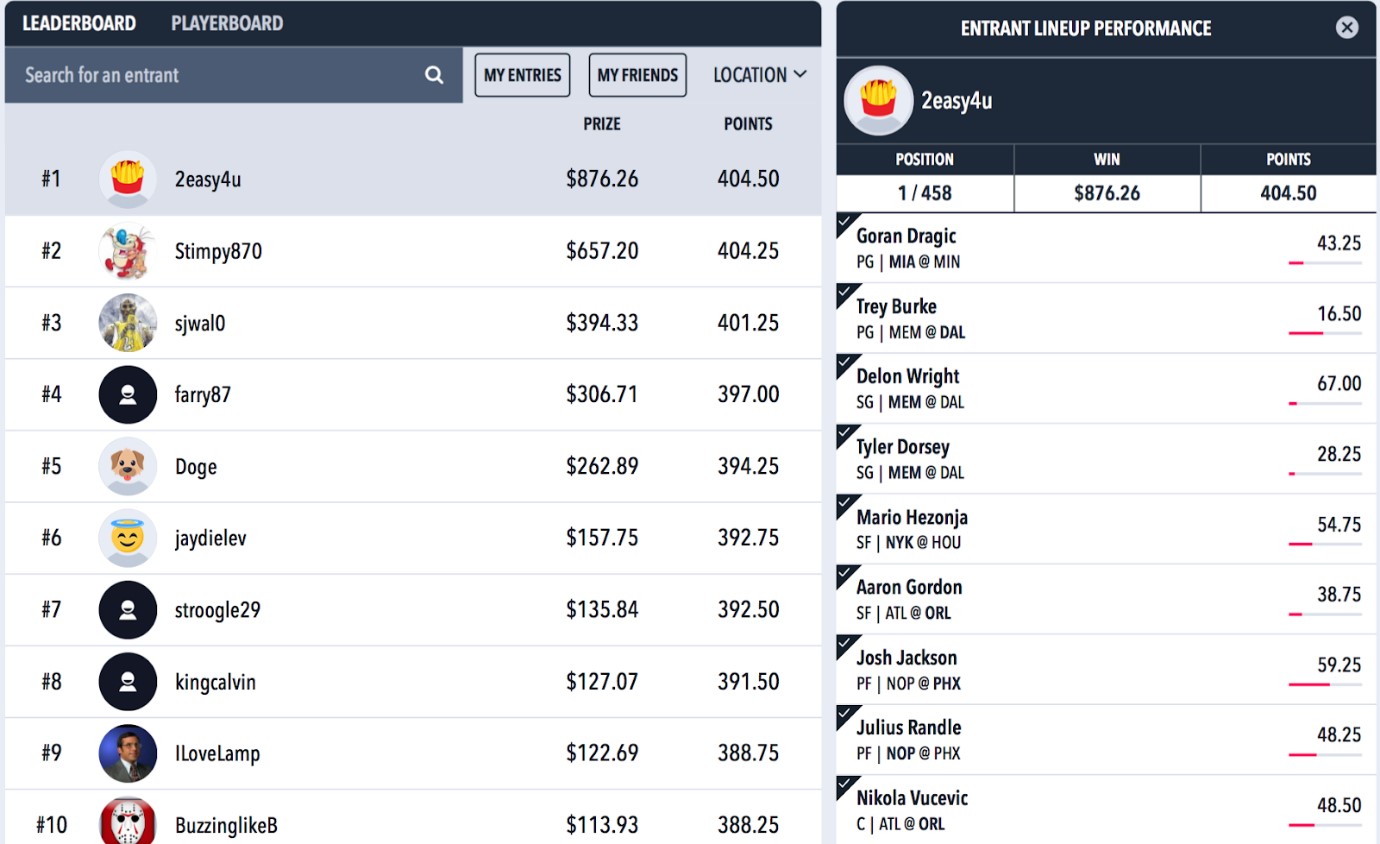 In MoneyBall’s AFL $5,000 Saturday (All Games) Special it was Leather Poisoning who cleaned up finishing 1st, 3rd and 6th to collect a $790.