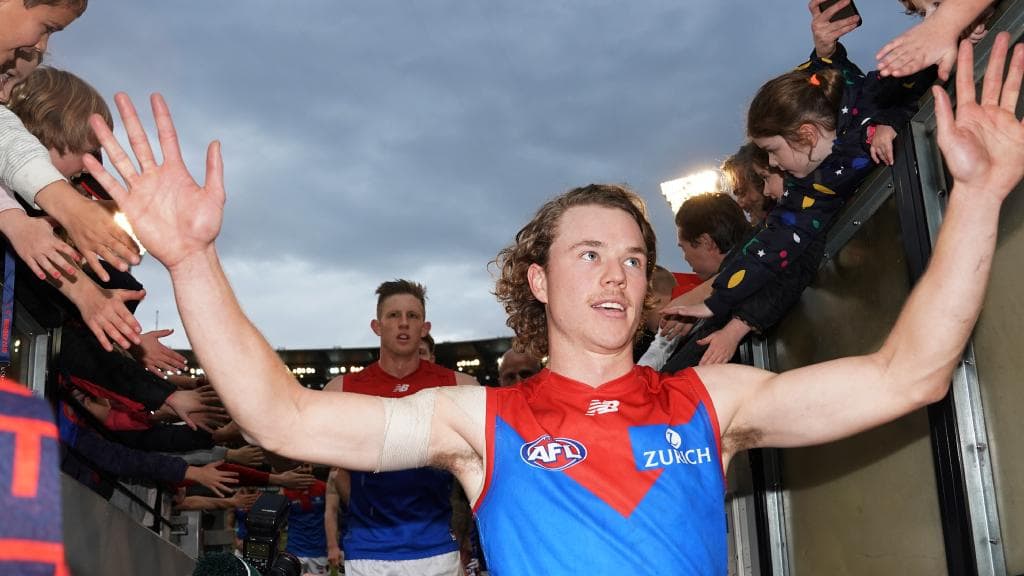 Regular AFL programming resumed for AFL Round 16, which meant Friday night’s opener was followed by a huge five-game slate on Saturday and a three-game slate on Sunday. Below you can check out all the major winners from leading DFS sites.

Moneyball kicked off AFL Round 16 with a huge $75,000 contest for Hawthorn vs Collingwood on Friday night. It was a fairly low-scoring slate with none of the 4,356 entries able to eclipse the 800 barrier. A lot of the successful teams faded Grundy at his high price and played McEvoy or even Roughead. Our winner on the night was GOLDENBOY26 with a score of 798. He collected $7,500 for first place. Eight points behind in second place was Trev455 with a $3,350 collect, while Slobs finished in third and won $2,100.

Round 16’s ‘Super Saturday’ was celebrated by Moneyball with a big $50,000 contest on offer. It was a day full of bizarre results with Port dominating Adelaide, the Tigers winning by 90+, and the Dogs upsetting the Cats. Not many expected these types of results, but it seemed that #1 ranked DFR player JayK123 certainly did as he cleaned up the slate with five of the top eight entries to take home over $7,000. Second place and over $2,000 went to Rwhelan09, and third place and $1,500 went to lion4life.

Moneyball finished off the weekend with a $40,000 contest on Sunday for the three-game slate. The key to this slate was getting the right mix of North Melbourne and Brisbane players in your line-up, which is exactly what JayK123 did once again. He backed up Saturday’s efforts by finishing with four of the top six entries on Sunday to take home another $7,000+. Mattylee ($1,150) and TheChosenOne ($850) were the other major players.

Draftstars started with a bang on Friday night with their monster $100,000 Hawks vs Magpies contest. It was a really interesting contest with no one finishing with more than one entry inside the top 10. The winning side was picked by rversekangas1, who finished with a massive $9,948 payday. Second place and just shy of $5,000 was awarded to jack__, third place and $2,500 went to Nexus1, while a further six entrants collected $1,000+ each. 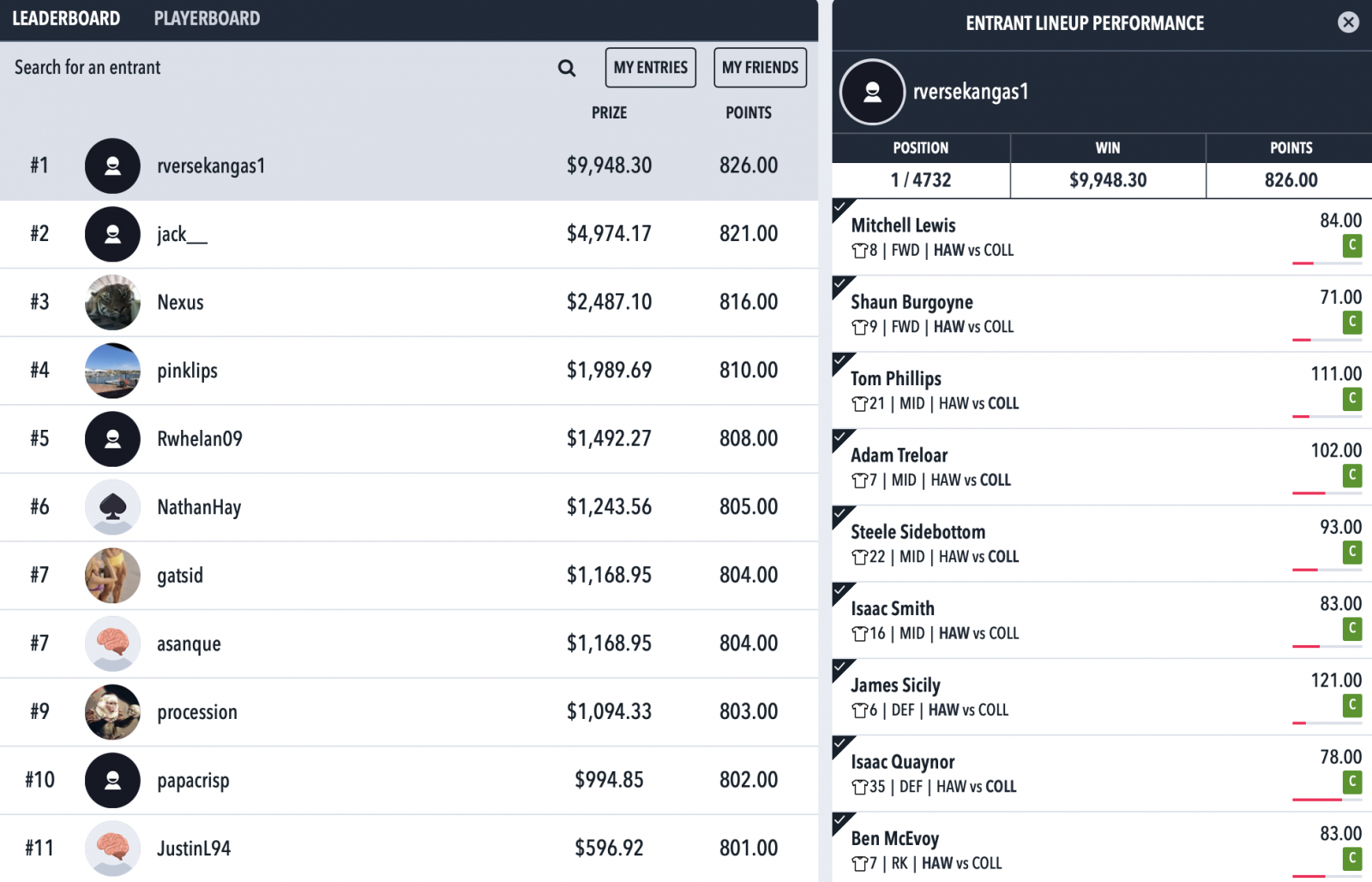 Sunday’s AFL DFS players enjoyed Draftstars $50,000 contest for the three-game slate. ILoveLamp put up a huge score of 987 to claim the top prize of $4,960. Amazingly, he and eight others in the top 10 posted 950+ scores with Dunkley’s 46 included in their score. Cuckking collected $3,720 for third and Lukecasboult finished in second place for $2,232.

SportChamps held plenty of big racing tournaments over the weekend, particularly on Saturday. The biggest prize pool on offer ended up being their Racing $50 Saturday All Tracks $5000 (3 Rebuys) tournament, which finished with a huge $8,900 prize pool. The entrant with the best plays for the day ended up being Cfrance172, who netted himself $1,818 for first place. Second place and $1,184 went to clayton23, while third place and $888 was awarded to HennesseyVenom.