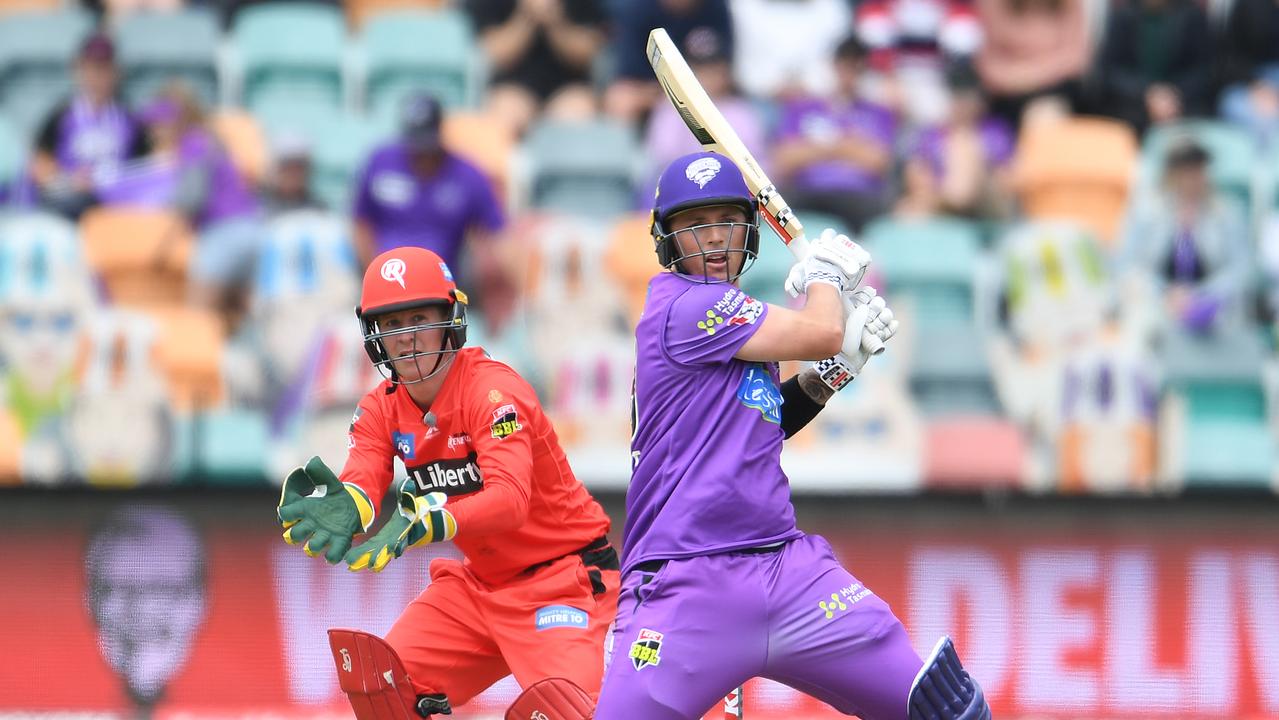 After the craziness of sport overload on Boxing Day, the Big Bash league continues to go full throttle. Sunday evening the Brisbane Heat (0-3) host the top of the table Hobart Hurricanes (3-1) which on paper looks a tough ask for the home side. The match will commence at the regular starting time of 1910 AEDT.

We are expecting typical Brisbane conditions on Sunday evening with warm conditions which will lead into a calm night. As expected with each team on either side of the table the Hurricanes are short in the markets where $1.60 is the average quote you can get. In their last two matches against each other, the Heat defeated the Hurricanes in both fixtures in BBL09. Draftstars have posted a $25,000 prize pool for this match.

The Hurricanes after being given a plumb draw to start the tournament took full advantage by winning three out of the four matches at home and now get a very soft match against the winless Heat. It only gets better for the team in Purple when ICC #1 rated T20 batsman Dawid Malan joins the Hurricanes after clearing quarantine in Australia. If you have not seen Malan in action, then you are in for a treat. The Left-Handed top-order batsman was red hot in South Africa scoring 99no against the Proteas in his last match at the start of the month. However it may take Malan a couple of innings to get going as being stuck in a hotel room does seem to lose your form. Will Jacks will make way for Malan as Keemo Paul and Colin Ingram are the other two international players for the Canes. The debate leading into the game is whether Ben McDermott moves up to open as Malan prefers to come in at three. Or the Canes will ask Malan to open with Short. 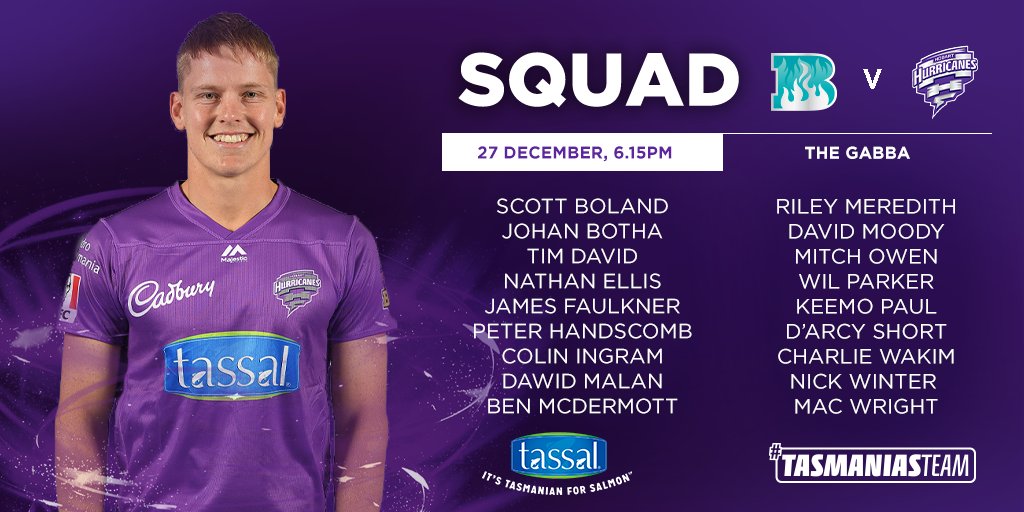 For the Heat, the wretched season got worse when Chris Lynn pulled a hamstring in the warmup on Wednesday and is out for the next 3-4 weeks. However import Lewis Gregory cleared quarantine on Christmas Day and a decision will be made on his availability at the Bat Flip. Gregory was a part of the English T20 and ODI squad in South Africa and while didn’t get a game, the Somerset captain is a very capable all-rounder. That min price is very tempting in what we could say is a pretty ordinary looking Heat squad. 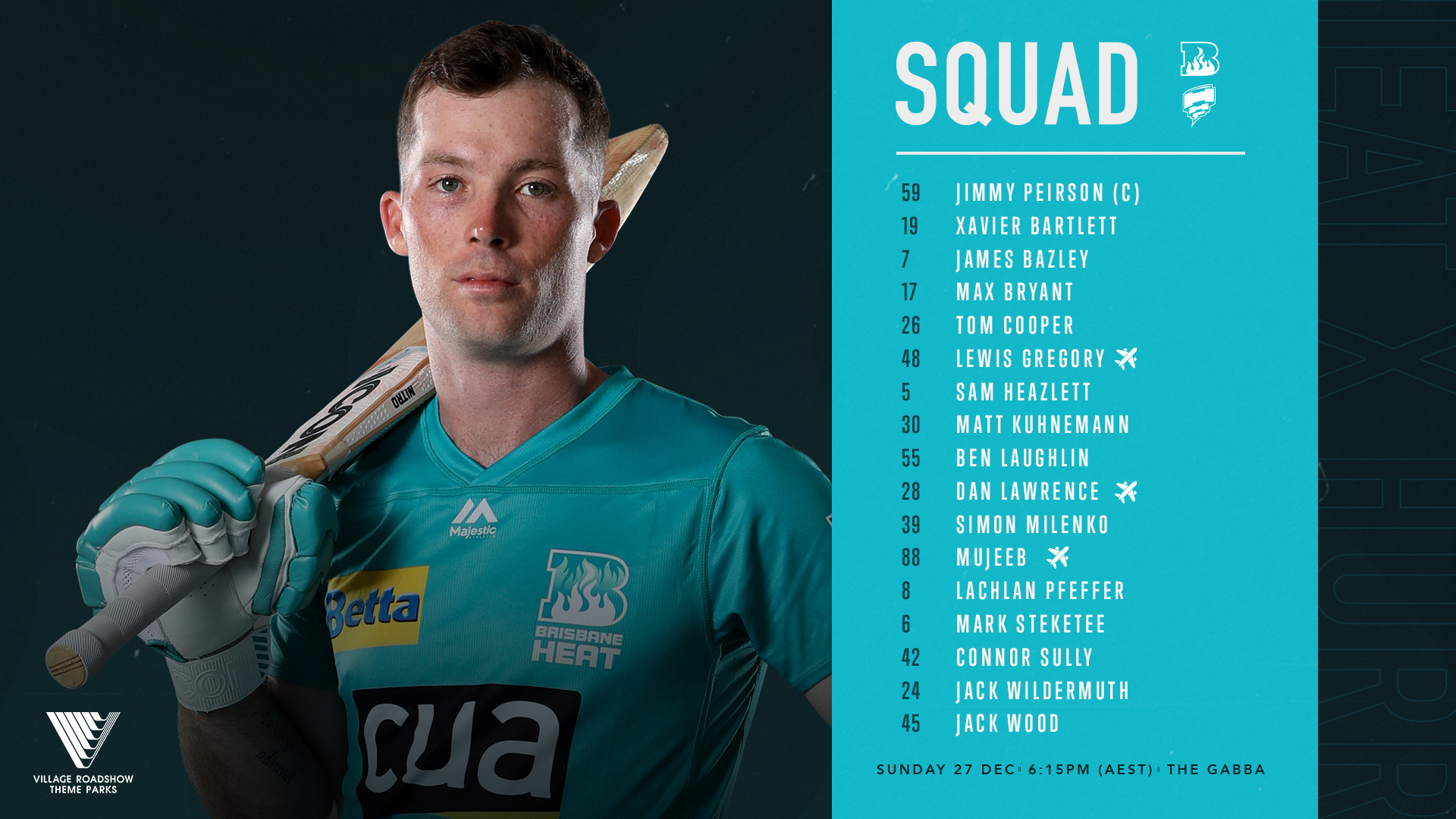 Let’s not overplay this one, it could be super contrarian to target multiple Heat players, but Hurricanes players are on the menu for this game. With the introduction of Dawid Malan the Hurricanes are approaching full strength. However the cheap pieces from the Hurricanes are gone. Even with the introduction of Malan at over $15K means you need to be selective in your teams. If Gregory is selected then take advantage of that min price to shape your lineup. One final note, that Gabba surface looked rather ordinary on Wednesday so temper your expectations of a 190+ run classic like we witnessed last night on the Gold Coast.

Yes the price has gone up from his initial salary but he is the clear batsman in form for the ‘Canes. 108 fantasy average after two games and is set to either open or come in at three. Make no mistake this Heat bowling attack outside of Wildermuth is not much chop and McDermott has the potential to continue his hot start. Will be a popular selection as D’Arcy Short’s price is still God like and the Heat do not have anyone reliable.

Probably the only Heat player with potential to keep his fantasy scoring up. Wildermuth has reached his economy bonus in both appearances for the Heat and has been elevated up the order to the 7 spot. The only query is whether the Hurricanes go after Wildermuth if he bowls in the power play, either at the start or the middle of the innings.

4 matches, 4 starts and 4 times he gets out. Ok, that is a bit harsh but Hanscomb hasn’t had that recovery innings or time in the middle to make a big contribution with the bat. With the inconsistent Will Jacks now out of the side and Malan in, the Hurricanes should fire here. Thus leaving breadcrumbs for Handscomb. Bit of a risk to take here.

Tom had Laughlin in his preview on Wednesday and I could not agree with him more. His fantasy contribution through 3 games so far is either with the bat or catches, that’s how bad he is going. And now he faces a red hot top 6 of the Hurricanes. No thank you.

In one way I want Short to fail again and wipe out many fantasy lineups that are now crippled but in another way I want Short to take full advantage of this game. Having Short in your team means you will need to supplement with Heat players but Short has that 125+ fantasy score in him. Who knows which Short we get tonight...