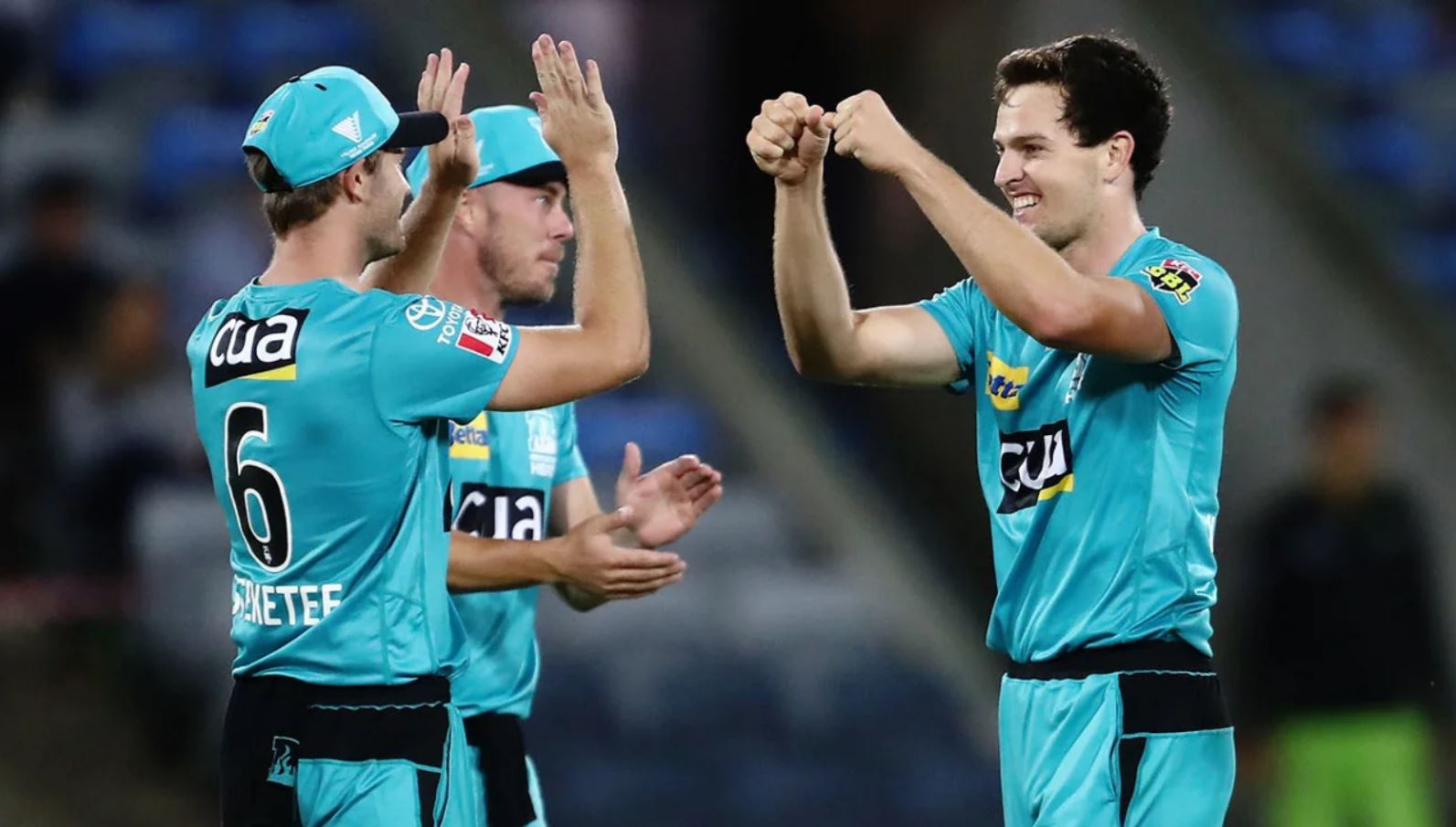 This is the last game before Christmas, and also the first game played away from the bubbles in Tasmania and Canberra. Brisbane Heat are hosting the Adelaide Strikers at the Gabba, and the weather looks like it shouldn’t be an issue. Both teams are off to a slow start, with Adelaide winning one of three games and Brisbane yet to get not he board in their two games.

Draftstars has put up a nice $25,000 slate featuring a top prize of almost $2500. There are a couple of nice value plays to consider, with the bowling mix particularly interesting. We don’t have any recent info on the ground, but I remember the Gabba as a fairly balanced ground where there are runs to be scored, but all bowlers can be rewarded for putting it in the right areas. As such I’m not looking to favour any particular type of player.

I don’t see the Heat making any changes from the 15 man squad they’ve named. Perhaps Xavier Bartlett can put some pressure on Mark Steketee's spot, but the rest of the team looks settled. They’ve not started the season very well, so that could change quickly if they don’t get the win in this game. Any of their top 6 can go off on any given day, but as usual the whole eleven lacks any kind of consistency and relies on big performances from a few players to have a chance. 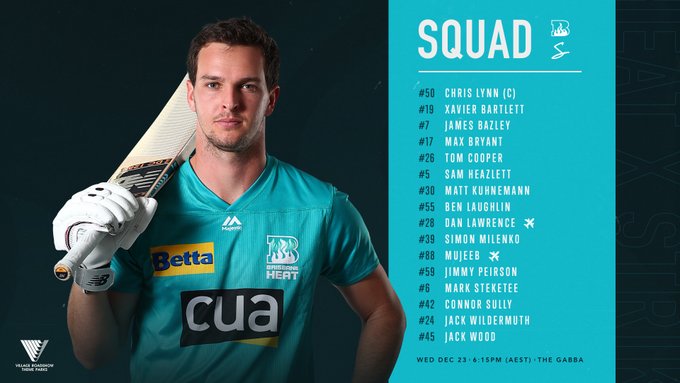 The Strikers are $1.73 favourites, and personally I quite like those odds. One loss they will have to overcome is that of Alex ‘Classy’ Carey. He’s been unable to travel to Brisbane due to border restrictions, and his place will be taken by Harry Nielsen. I don’t see any other changes, with the spot of ordinary looking Englishman Danny Briggs under the most pressure from the likes of Cameron Valente and Liam Scott. The presence of Wells, Worrall, Siddle and Rashid Khan gives this team a lot more consistency, and is a potent mix when combined with the firepower of Salt, Weatherald and even Wes Agar.

A top four bat at minimum price will always be popular, but we know that Nielsen can bat, so this is the type of chalk to swallow. The Heat don’t have the kind of bowling attack that scares me, so I’ll play a lot of Nielsen and hope for a solid 20+ and a catch or two. Another popular cheapie will be Jack Wildermuth, who absolutely dominated with both bat and ball in his first game of the season. He’s still cheap, and I like him quite a lot in this game also, even if I highly doubt he repeats the kind of domination we saw.

Worrall is in some lovely form, beating the bat regularly and restricting runs as a result. He’s been a popular play at low prices to start the tournament, but now has received a big price increase. Now we must weight him up against the likes of Siddle, Agar, Rashid and even Mujeeb when deciding who to play. I’m going to back the form man who will be opening up the innings against volatile youngsters Max Bryant and Sam Heazlett.

The obvious answer here is someone like Jimmy Peirson or Matt Short, but they won’t be very popular anyway. I decided to caution against playing the Heats young openers because I have faith in Worrall & co to make life very difficult at the start of the innings. I’m not saying don’t play them at all, but maybe only play one or the other in each lineup, and don’t get carried away. Tom Cooper is an interesting pivot if the Heat lose early wickets and he gets a chance to try to rebuild the innings.

Alright, I’ve gone for an obvious one. The reason is that I think the bowling pricing is pretty good. The premium Strikers players are all expensive, and the less appealing Heat players a little cheaper. Most lineups will have Wildermuth in the cheap slot. I expect the game to go in the Strikers favour, which means I doubt that Short will be required to do much batting at 6.

I can’t put Dan Lawrence in this spot 3 games in a row, so I’ve gone for the experienced Laughlin. He was awful last game, bowling dirty full-tosses which were repeatedly spanked into the stand by Daniel Sams and gifting the Thunder a win when the Heat looked on top. On the other hand, he’s one of the most successful BBL bowlers of all-time, so his price is cheap for his historical output. His ownership should be down a little, so it’s a classic case of favouring recency bias or playing him and hoping for some variance to be in our favour. My instinct says that he struggles again, but he is a very interesting GPP play for sure.