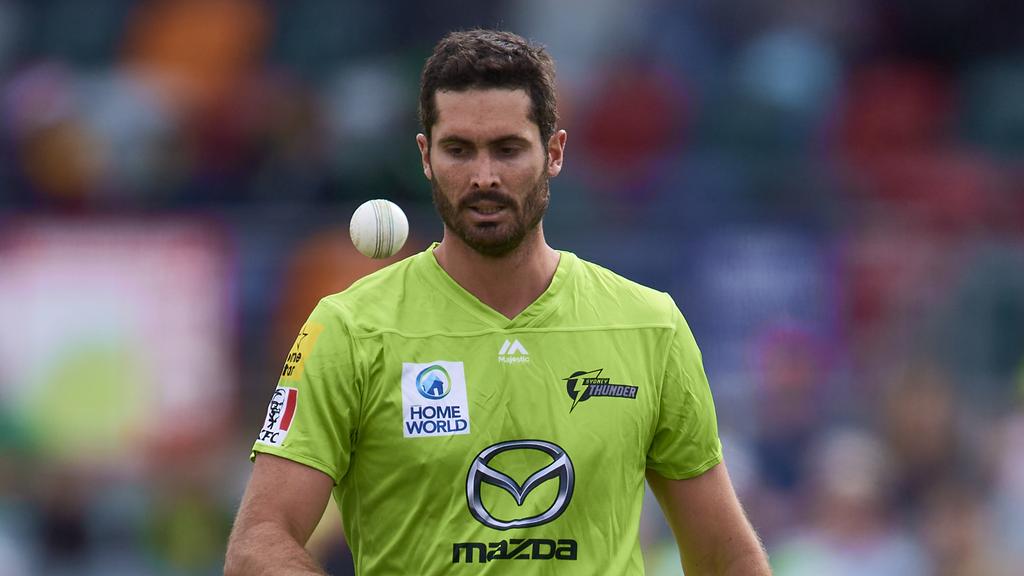 Double-headers on Saturday and Sunday are now followed by…a double-header on Monday. The second leg is Brisbane Heat and Sydney Thunder at the Gabba. These teams face off at Manuka 3 weeks ago with the Thunder cruising to a 4 wicket win. Since then the Thunder have continued to win, putting together a 5 game streak to be 5-1. The Heat have lost several close games, but have managed to get the W in 2 of their last 3 to be sitting at 2-4. It looks unlikely that weather will impact the game, so both teams should have a clean shot at continuing their momentum. Hopefully we don’t get a repeat of the power going out when these teams met at the GABBA a couple of years ago.

Draftstars has put up a big $25,000 contest for this one, top prize $2,444. There is a particularly large amount of value in the batting slots, so picking and choosing carefully between the good and bad value here will be crucial.

The Thunder are $1.70 favourites, which comes with sitting at the top of the BBL table. The inclusion of Lynn has seen them drift from ~$1.60. They continue to look more and more like a formidable team with good batting down to #8 and 6 pretty strong bowling options. Alex Hales has been running hot for a few games now, and everyone down the order benefits from the fast start. Tanveer Sangha has quickly become their most important bowler who can come on and restrict the run rate while picking up key wickets.

I’ve written a lot of Brisbane Heat previews already this season, and I always mention that explosive potential of their team, and the volatility that comes with it. Most of their players can win a game almost single handedly, but they don’t do it very often. For that reason I’m not going to put too much stock in their improved performances. Chris Lynn is back in the squad, so if he does indeed suit up that takes their explosive potential to a whole new level. We haven’t seen a classic Lynn innings yet this season, but you just know it’s coming soon. Sangha v Lynn could be interesting watching if we get to see that. Joe Burns and Joe Denly alter the look of the top order. Neither of them got going in their first games of the season, but perhaps the inclusion of Lynn could free them up a little. The responsibility that has recently fallen to the lower order of Lewis Gregory, Jack Wildermuth and James Bazley will perhaps be a little less, but I’m sure they’ll still get their chances.

The Gabba has hosted four games so far this season, with first innings scores of 150, 148, 150 & 165. There has been an average of 15 wickets across the 4 games. All kinds of bowlers have had success, so we’ll have to hunt out some individual value to get a good read on this game.

This comes with the slight risk that the Heat bat first, are bowled out cheap, and the Thunder top 3 get most of the runs. Having said that, Billings is just too cheap and most likely will get more opportunity in this game to put his stamp on the competition. He’s my pick of the cheaper BATS, I just hope that the likes of Burns and Bryant pull some ownership away from him.

I guess I’m betting against the Thunder openers a little, by hoping Bartlett gets early wickets and therefore Billings gets an early chance at the crease. Bartlett is an impressive young quick, and he’s priced right next to Steketee who just took 4 wickets and could get more of the ownership as a result.

I might as well continue the theme. Hales has been on fire, but T20 cricket is a fickle game, and he has to fail again soon. As the most expensive player and hopefully one with high ownership, I think this is a good chance to give him a miss and hope that Bartlett or Mujeeb can nip him out early. I’d rather grab multiple players in the 15/16K range than Hales and Peirson/Burns for example.

It’s tough to really dislike any of the more expensive bowling options, as they all have important roles and/or handy contributions with the bat. I’ve singled out Gregory because his batting has propped up his scores in the last two games, and now he faces the toughest opposition in the comp. The potentially means less runs, and a difficult time with the ball. He certainly looks a handy cricketer, but I might give him a miss at this price.

Cutting is yet to truly explode in this tournament, but has been showing glimpses of what his ceiling could be if he gets the 2-4 over spell and a decent 5+ over chance to come in and slog a few. He got to do neither last game when rain impacted both innings, and as a result his form line is looking a little flat. Throw in the emotion of another reunion with his old teammates, who were pretty fired up in their match 3 weeks ago, and this is a game where Cutting could do absolutely anything, or absolutely nothing.