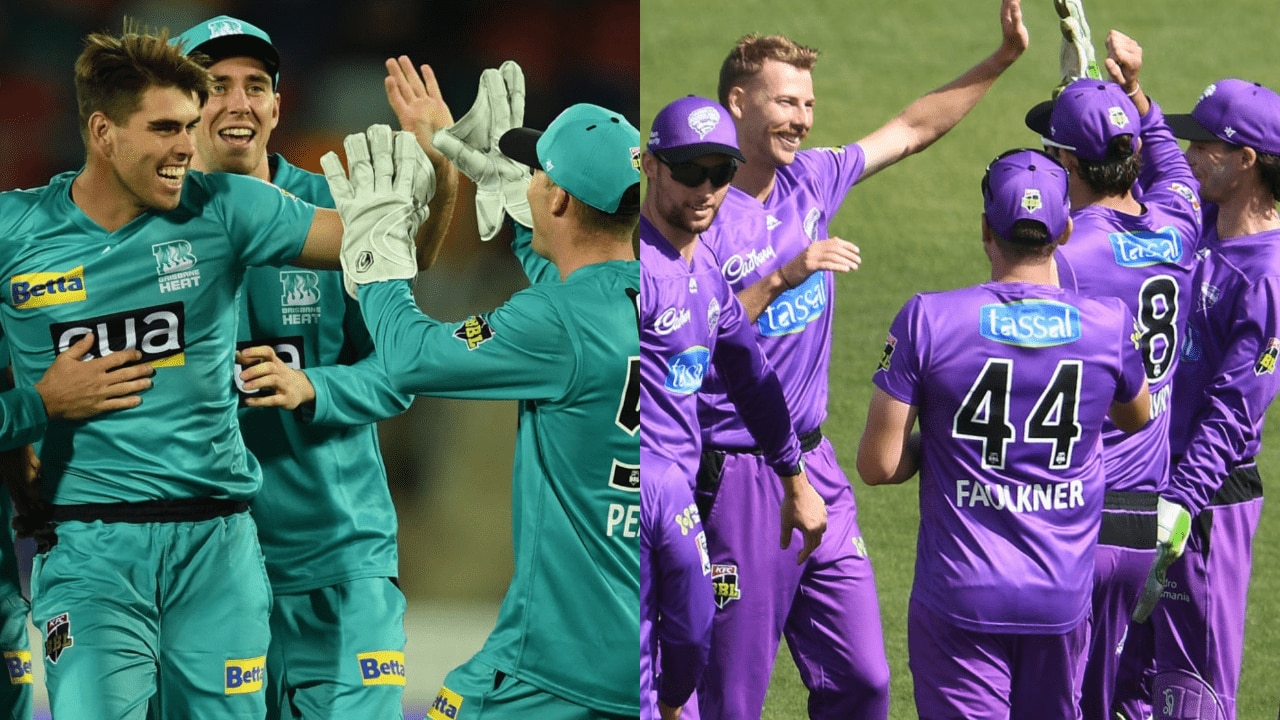 Just the two days left of 2020, the Test match wrapped up and the craziness of the Double Header last night, we can safely navigate the calmer one evening game of BBL on Wednesday night. Alas we have a rematch between the Hobart Hurricanes (3-2) and the Brisbane Heat (1-3) at the Gabba starting at the usual time of 1915 AEDT. This is match 20 of the BBL.

Draftstars have been posting huge tournaments this season and for this match a $25,000 contest for a $15 entry is available. Also available is a $2,000 Mini and the mass entry $500 micro contest is also available. It is fantastic that we have these huge pools over the summer!

These two teams recently met last Sunday night (Match 16) which I was very strong on the Hurricanes bandwagon. Well that crashed after the ‘Canes batting failed to fire and Jimmy Faulkner did the slightest of hamstrings and pulled the pin when things were looking dire. But alas, these teams get to play on the same ground in the same forecasted conditions in Brisbane. The ground staff will use a different pitch than the one used on Sunday and currently the markets have the Hurricanes short favourites at $1.60 to defeat the Heat.

What did we learn from Sunday night? Lewis Gregory was a handful on debut and Max Bryant and Sam Heazlett easily accounted for the new ball. After giving them not much love on Sunday, these players do deserve respect and consideration for your lineups. The problem though is Draftstars have practically doubled the price for Gregory (who was min price) and decreased the price for Bryant and Heazlett. Just when we thought we get a price drop from D’Arcy Short, he took three wickets and an epic caught and bowled for a lazy 152 fantasy points. Expect that $23k+ price tag to remain throughout the tournament.

The Hurricanes will need to replace James Faulkner on Wednesday night after suffering a hamstring injury. Keemo Paul is the likely replacement as the all-rounder in the side. We haven’t seen a good performance from Paul as of yet, but will get his chance here. The Hurricanes ended up naming their 18 available players in the squad for this match. 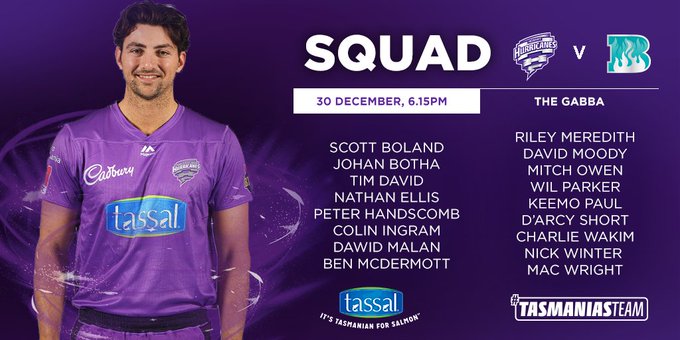 For the Heat, captain Chris Lynn remains out indefinitely with his hamstring strain although English import Joe Denly is available after finishing his quarantine on Tuesday. Ben Laughlin spent the holiday season with family so we expect him to be available from the 1st of January. Morne Morkel got stuck in the Sydney COVID quarantine requirements and he too will be available in the new year. Expect the same XI that won on Sunday night. 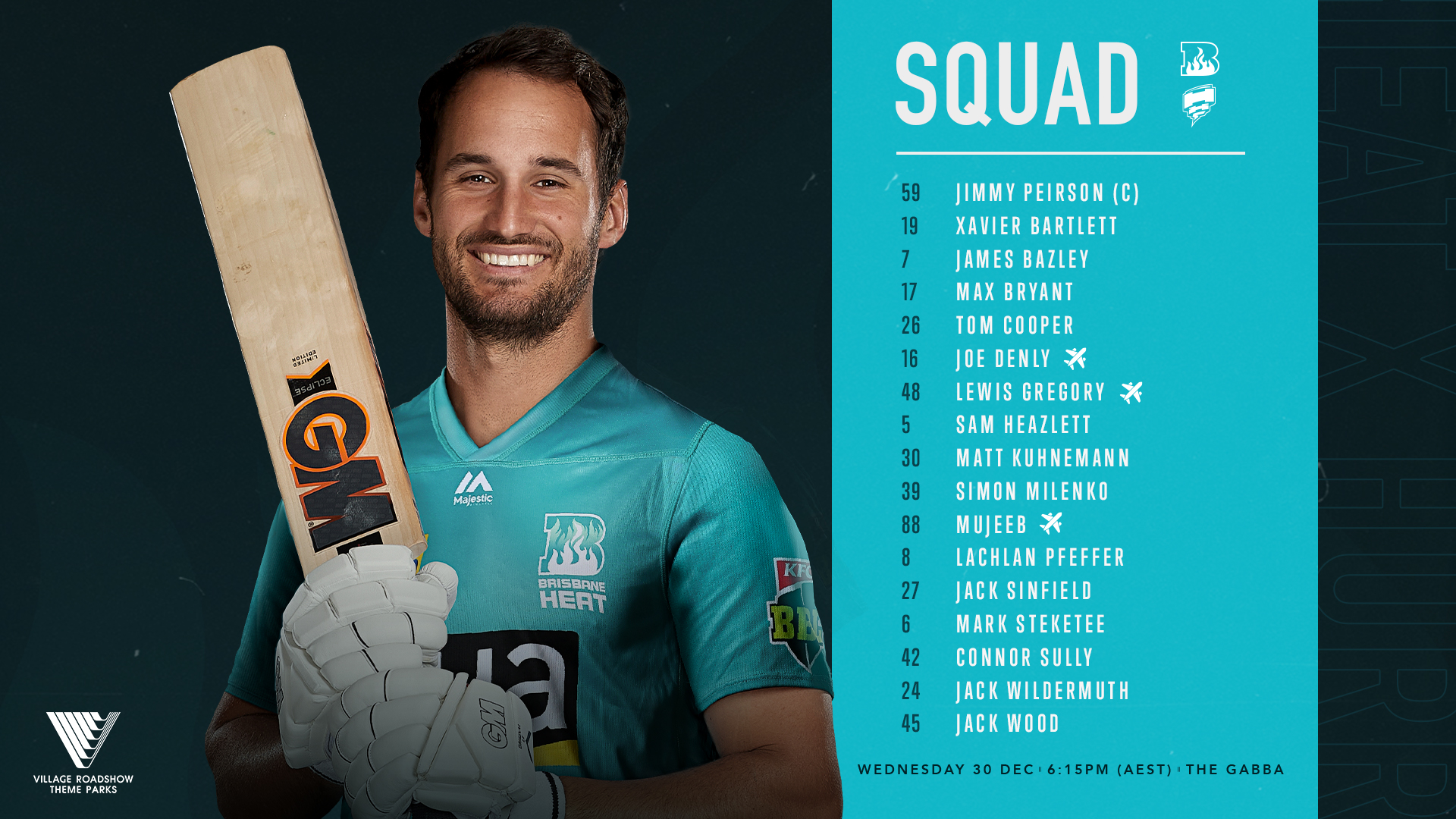 Do we trust the markets once again with the Hurricanes short favourites? There have been some fluctuations in prices from Sunday including a big $2,600 drop on Peter Handscomb and $1,700 drops on Nathan Ellis and Tim David. With Faulkner now out there are some reasonable Hurricanes pieces that are quite cheap. Going to go back to the well and back the team in Purple again.

With Faulkner gone, a new opening bowler is required for the Hurricanes. If you are banking on Ellis to do that role, you might be disappointed as they leave Ellis to bowl the death overs. He hasn’t hit a ceiling score so far in the tournament (44 / 19 / 39 / 43 / 27 fantasy points through 5 games) but if the Hurricanes can make some inroads into this Heat lineup I want to be sure Ellis is amongst them.

If you are not going to select D’Arcy Short in your teams then you are more than likely going to have the all-rounder Wildermuth in your team. 149/52/52 fantasy points has been his contribution so far and it was a bit of a surprise to see him strolling to wicket at number 5 on Sunday. Each of his bowling performances so far have gone for 4 overs and each time he achieved the economy bonus. Pretty much the best player on this team and popular selection tonight.

Hard to trust keepers who bat down the order in the BBL. Sure that 118 fantasy performance against the Strikers glistens in the night sky but to become relevant in fantasy we need a top order collapse. Wouldn’t put it past the Heat for that to happen but I can safely ignore even at that sub 10k price tag.

Min priced import batsman batting in the top 3? Are you mad Smatho? Well probably... Denly is going to be super popular and almost a free square in this match. Denly only cleared Perth quarantine last night and the Heat popped Denly on a plane this morning to get to Brisbane. Now of course these cricketers are professionals but to be asked to play a cricitcal game after sitting in a hotel for 2 weeks is a stretch. At least Lewis Gregory had more time to prepare and look what happended to him *checks scores and sees Gregory score 128 fantasy points*.

Is that price raise a hint from Draftstars? The like for like replacement for the Hurricanes should get the call up to play but has not contributed any fantasy production so far. He is capable of taking wickets as he took 9 wickets in 10 games for the Amazon Warriors in the CPL. A real who knows play but likely to get your nose in front if he takes wickets on this Gabba deck.