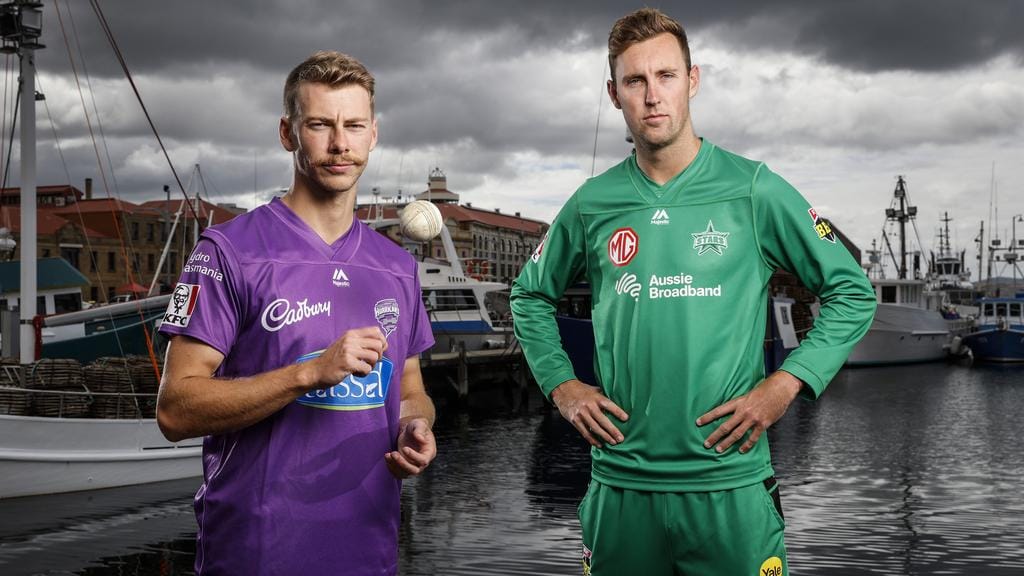 The Big Bash returns to Blundstone Arena for a little Hobart fling with the Hurricanes (4-2) and the Melbourne Stars (2-2-1) playing off in a pair of matches on Saturday and Monday. Let’s concentrate on Match 23 which is the 1st game of a Saturday double-header with the match scheduled to get underway at 1705 AEDT.

Draftstars continue to provide excellent BBL pools and this is backed up with a $15,000 contest. Make sure you also check out the micro, mini and stakes contests that are available.

It is a partly cloudy day in Hobart with light winds so no issues with weather in this one. What is a little bit surprising is that the Stars are favourites at $1.80 and missing one of their best bowling options in Adam Zampa. UPDATE: Hurricanes are now favourites with the markets at $1.80. However the last time the Hurricanes defeated the Stars was back in January 2018.

After pulling the rabbit out of the hat in Brisbane, the Hurricanes will be looking to get back to Hobart for their final home games of the tournament. Outside the injury to James Faulkner the Hurricanes are now at full strength with the arrival of former Stars import Sandeep Lamichhane. Lamichhane now brings a solid spin option as the part time options of Johan Botha, Will Jacks, Will Parker and D’Arcy Short have cobbled together decent middle overs. Lamichhane will come in for Keemo Paul who was not named in the initial squad due to international spot limitations. However that number 7 spot has become a problem and we may see Wil Parker make way for Mac Wright to sure up the batting.

For the Stars after losing to the Thunder in a batting blitz in Canberra, they now limp down to Hobart with two of their best bowlers out of this game. Nathan Coulter-Nile is injured and Adam Zampa copped a one match suspension so the bowling is now pretty thin. Feels like in the past where the Stars lose their international players. Clint Hinchliffe could come in to sure up the spin options or rely on Zahir Khan to bowl the spin with Nic Maddinson. I’m uncertain what the Stars do here, especially when Ben Dunk played a role when being the X-Factor a couple of nights ago. Really need to look at the teams at the flip for this one. In late news from the Stars, they have announced that Sam Rainbird and Sam Elliott are replacement players for Jackson Coleman and NCN. Not sure they will play tonight but stranger things have happened.

So this match has three clear expensive pieces (D’Arcy Short, Glenn Maxwell and Marcus Stoinis) and the rest of the field under 16K. You could play ultra consertive and ignore the top 3 and build whatever you want underneath or on the far end of the scale to select two of these premiums and scrape together the cheap guys such as Billy Stanlake (yuck) and Nic Maddinson (meh). I am really worried about the Stars bowling lineup without Zampa and NCN and would be looking to target Hurricanes batsmen.

I liked what I saw in Brisbane from Malan because his stroke making was actually proper cricket shots. With a smaller ground in Hobart next up, I really think he would feast on this surface and on the depleted Stars bowling attack. The salary is pretty good, especially if you are taking a stand on the fab 3 up top.

The in-form bowler for the Canes (sorry Scott Boland you have been good too) has really improved his control and he is getting results. 6 wickets in his last 3 matches and averaging 66 fantasy points from those matches. Only worry is that Glenn Maxwell and Marcus Stoinis are in form with the bat, so I wouldn’t bank on the economy bonus.

Surely might contribute a little bit more than minus 1 fantasy points that he has scored so far this season. Was subbed out last game after the Thunder went the tonked. If picked, it is an easy fade.

Bit of a broken record here but Handscomb sees a dozen balls, scores a run a ball and then gets out. I’m sure one game he breaks that mould and sees 30+ balls which means he can accelerate. The price has come a fair bit but I will hold off for now.

As myself and Tom have alluded all tournament so far, players fresh out of hotel rooms are an unknown commodity. Hobart hasn’t been a spin friendly deck so far (although Ben Manenti had some success bowling arm balls), but I am sure Sandeep is ready for his revenge game. Not sure first up but let’s see how he goes.