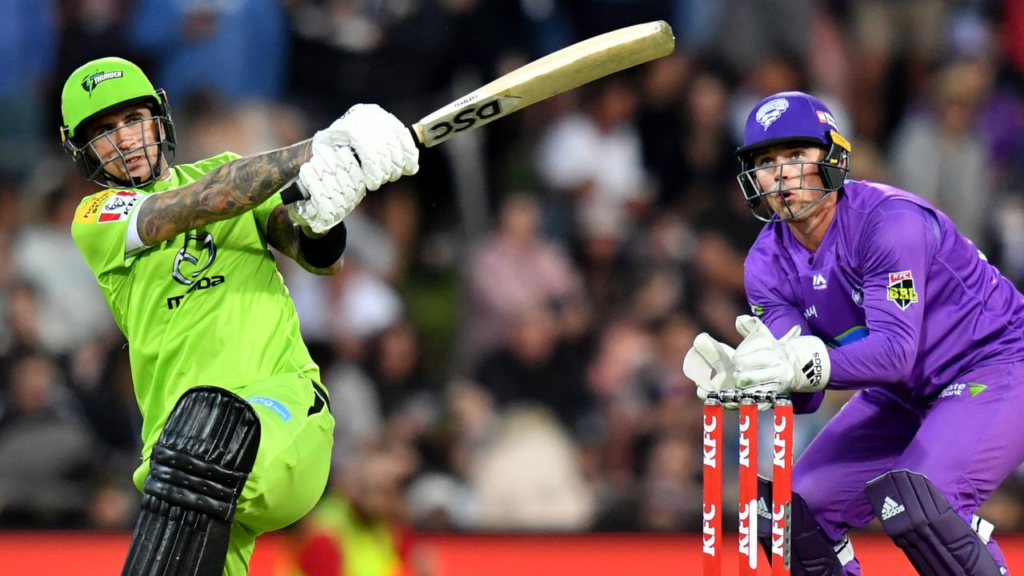 We have another double-header today, the last one for a couple of weeks. The Sydney Thunder and Hobart Hurricanes are joining the Perth bubble briefly to face-off at Optus Stadium. Both teams are sitting pretty in the competition at 2nd and 3rd on the table, 5-2 and 5-3. They are also both coming of losses in their most recent game, so will be looking to regain some momentum with a pack of dangerous teams trying to chase them down with almost half the season still to come. It looks like Perth is going to put on a Scorcher (haha) and give us a full game of cricket. The match is scheduled to commence after the day's play in the Test match at 1810 AEDT.

Draftstars has put up a big $20,000 contest for this one, top prize $2,184. There is a particularly large amount of value in the batting slots, but also a bit in the bowlers, so it’s a case of play whoever you want. I won’t finish the article here though, let’s try to dig a little deeper.

There are very few changes to either squad, with Daniel Sams the only notable exclusion after copping a concussion a few days ago. I think they might bring in one of Alex Ross or Jason Sangha for a batting boost but it is entirely possible Chris Tremain or Jono Cook could play instead.

The odds are tight, with Hurricanes slight favourites ($1.87) over the Thunder ($1.93). That can only be because of the loss of Sams, as the Thunder have been the cream of the crop so far this BBL. Both teams are certainly looking pretty even on paper, so I can’t question the bookies. The form of D'Arcy Short is one key concern for the Hurricanes, with one good innings of 72 and only mustering 50 runs in his other 7 innings. Could a return to his home deck in Perth inspire another big knock, or is he just not the player we thought in previous seasons? As the most expensive player on the slate it’s a big questions to answer, as anything less than a massive score will ruin your line-up. On the other side Alex Hales is flying and could be very popular despite the big price tag.

Optus has only hosted two games so far, both times resulting in a 180+ first innings score for the scorchers before bowling their opposition out for 89 and 97. It’s hard to get clues from such lopsided games, but I do expect spin to play an important role with the large field, and definitely think that 180 is probably an unrealistic expectation for first innings score in this one. A close game with both teams finishing in the 150-170 range is more likely.

I’m not sure how Billings got cheaper, but it leaves me no choice other than recommending Billings again. His scores are trending up, and a big one will come soon. His style of manipulating the field should suit the large Optus playing surface well and give him a great chance to be the best value play on the slate.

Bigger grounds tend to bring the spinners into play, and Sandeep is a very good one. He got the rust out of his system in the Canes loss, looking dangerous but ultimately getting hit out of the park later in the innings. A bigger ground and slightly weakened lower order for the Sydney Thunder could be the right recipe for him to have a big game today.

McDermott was very good last game, scoring 90 runs and almost winning the game. My issue is that he’s never been a model of consistency, and that the bigger ground isn’t likely to suit his big-hitting ways as much. The final nail in the coffin is that he should attract a lot of ownership, so this is a spot where I’m looking to pivot to the likes of Ferguson and Malan at similar price points, or to drop way down to Colin Ingram who is due for another big score and clearly way too cheap at $11,700.

I didn’t want to put Short here, but there isn’t really anyone I dislike in the bowling group with everyone very reasonably priced. Short is just too expensive and too out of form, I’m willing to fade him and take the risk of a massive score sinking me. I will admit that this is the kind of ground where his bowling could be effective with batsman trying to hit to large square boundaries as he constantly drags them down.

Still yet to explode, Cutting could be in a good position in this game if Sams is indeed replaced by a batsman. That would mean that Cutting moves up to become the 5th bowler and should get his full 4 overs. The little bit of bowling we’ve seen from him this season looked okay, with a focus on bowling back-of-a-length slower balls. That generally gives batsman no choice but to try to pull him for six, and that suits the big field very nicely. The other unknown is that he likely drops down to 7 in the batting order, which could result in less upside with his six-hitting abilities. The final team make-up will be important for deciding what to do with Cutting.