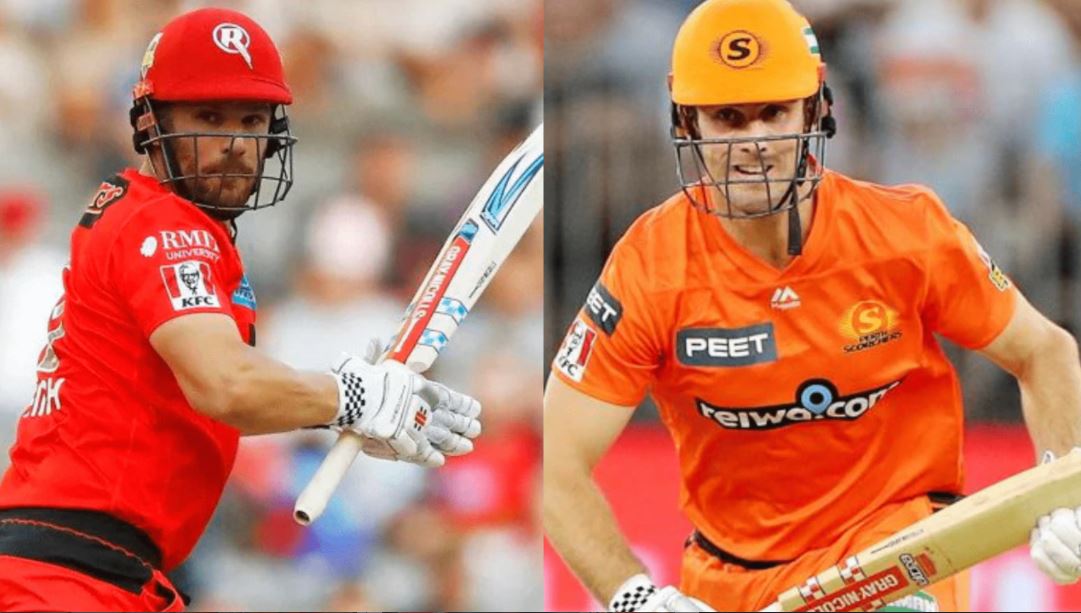 The Big Bash bubble is on the move again for this double-header Sunday with Match 25 set to take place in Perth, with the home side Scorchers (1-1-3) taking on the Melbourne Renegades (1-5). It is a rough travel schedule for the Renegades after crossing the country from Queensland to Western Australia and only playing on Friday night. Being a double header, this will be a day game in the West with the match scheduled to start at 1605 AEDT.

Draftstars continue to provide excellent BBL pools and this is backed up with a $15,000 contest. Make sure you also check out the micro, mini and stakes contests that are available.

Playing their first game of the tournament at home would be a welcome relief for the underperforming side, who only chalked their first win on NYE. Optus Stadium in its small lifetime does favour fantasy scoring for batsmen with an average of 234 fantasy points. Only an average of 170 points per game is to the bowlers. This is the third lowest on the list from BBL09 outside of Blundstone and Manuka Oval. Not surprisingly the Scorchers are warm favourites for the match, currently at $1.60 to win. Perth is forecasted to have warm and sunny conditions with a bit of wind, but that should not affect the game at Optus Stadium.

These two teams met in Match 4 of the tournament with the Renegades only win so far coming from this match. The ‘Gades bowled out Perth for 130 and easily chased them down after 16 overs. Kane Richardson was the main destroyer scoring 89 fantasy points with the ball and Shaun Marsh scored 100 fantasy points from his 62 from 47 balls. Since then the team in Red have lost every game while the Scorchers are on the improve after winning in Adelaide.

There was some doubt that Aaron Finch would have not been able to travel to Perth after spending time in Melbourne over Christmas. However, reports suggest that the whole squad will be in a bubble type setup anyway for the match. There were no injuries in the rain affected match on Friday night so expect a similar looking side. Possibly another change in the bowling ranks after Mitch Perry made his debut. UPDATE: News breaking that Imad Wasim will be unavailable due to border restrictions.

The Scorchers are now looking pretty good after a rough start to the tournament. Josh Inglis was indeed moved down the order to number 4 and provided an excellent partnership with Mitch Marsh to chase down the Strikers small target. I do not expect any changes to this side but as always keep an eye out for the teams at the Bat flip.

This is going to be a good match to build teams as the most expensive player is the in-form Shaun Marsh at $18,600. Quality bowling options in the Richardson’s are priced the same and quality top order batsmen are all above $16K. The middle section of the player pool have seen their prices go up a tad to accommodate the evenness of the salaries. While we can still take shots at the cheaper brigade with Mitch Perry still at the flat minimum. I expect ownership to be spread across the board so no need to make too many ownership stands in this game.

I actually like both Richardson’s in this matchup but I am leaning to the home ground advantage of Jhye. If the pitch has a bit of bounce and carry then Richardson is going to be a bit of handful. Aaron Finch was out hooking on Friday night so no doubt Richardson will be looking to exploit the top order. His fantasy numbers are fantastic so far with only one match in single figures. Will fire him up with confidence.

Munro is ‘Mountain Dew’. Well I hope he is due after a pretty ordinary start to the tournament. An average of 7 fantasy points per game that has seen his salary tumble down to 11.8K. Sure it is a risk backing a player out-of-form in the number 3 spot but I rather be on him when most have jumped off. Outside of Mackenzie Harvey who is not getting much of a go at 6 he is the cheapest batsman to roster.

With Inglis now sliding down the order to 4, outside of a disaster, Inglis is not facing powerplay overs which is his game. Sure he played a very good innings with a 140+ strike rate in Adelaide but his price is still baked as an opener. Try and find the extra $1,000 to get to Livingstone or if available, Aaron Finch.

I placed Berhendorff in this category last match and still no reason to move him out of here. If there is a bit of swing then he could catch Marsh or Finch out with a good delivery but with Marsh in form and Finch looking aggressive, you will need a bit of luck for Behrendorff to be fantasy relevant. Only averaging 15 fantasy points for the tournament so far.

Back bowling and batting well, so why the shade? No shade here as M.Marsh is becoming a very reliable fantasy scoring player averaging 69 fantasy points in his last three matches. Digging deeper though is his % ownership and I was alarmed to see 50% in his last match against the Strikers. If you want to take an ownership stand somewhere and pray for failure then Mitch should be the one.