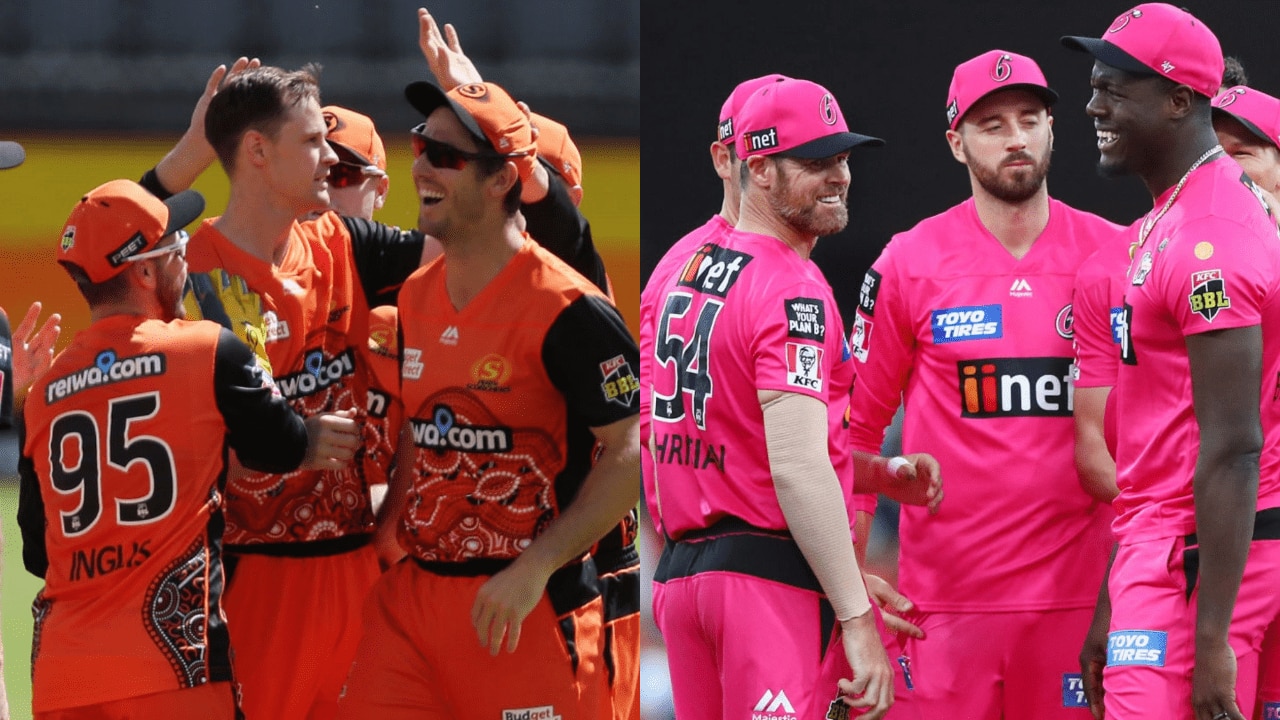 We are just about half way through the BBL10 tournament when Match 30 commences on Wednesday night between the top of the table Sydney Sixers (5-2), play the Perth Scorchers (2-3-1) at Optus Stadium. The match is scheduled to commence at the regular time of 1915 AEDT which for our Western friends this will be a twilight match.

Perth has been experiencing some hot and windy weather and this continues on Wednesday. The temperature will be pushing 35+ come game time which might be a bit too hot for the likes of Lloyd Pope and Jordan Silk. A check of the markets sees the Sixers as slight underdogs at $2.00 compared to the Scorchers at $1.80. It just goes to show what home ground advantage does for this Perth team.

These two teams haven’t met each other yet in this tournament but the Sixers do have a good record winning 3 out of their past 4 matches between the two teams. We’ve only had one match so far at the ground and the Scorchers easily made 185 for the loss of 3 wickets against the Renegades. As we all know by now, the Renegades are a poor outfit so I would be expecting less of a total from either team. Both sides match up pretty well with a good combination of batsmen and bowlers.

The Sixers had back-to-back matches earlier this week in Queensland which saw some rotation in bowlers. Jackson Bird who just returned to the team and Stephen O’Keefe were rested for the match against the Strikers but indications are that these two will be back in the team. There were some small murmurs that Dan Christian didn’t make the plane to Perth but we’ll let the news hounds figure that out. Otherwise check teams at the Bat Flip especially for the bowlers.

The Scorchers have now won two on the trot and like their WA AFL counterparts, we look to win more games whilst this stint at home. The move to put Josh Inglis in the middle order has paid off with 55 and 122 fantasy points to his name. English openers Jason Roy and Liam Livingstone also look good as they are both averaging over 48 fantasy points per game. I must admit it was a bit of a fantasy fillup for the Scorchers against the Renegades so I wouldn’t read too much into the numbers here. As for the squad, wins usually means no changes, so expect the same XI that won on Sunday to be named on Wednesday night.

With both teams now pretty settled, the Draftstars jigsaw of lineup building will be a tough challenge. While there are some good options under $12,000, expect the highest owned player in the field to be Jordan Silk at $10,800. Over 43% owned in the last match, Silk has an impressive 3-game average of 57 fantasy points. As for the top end of the scale the top 8 or so players are all scoring a decent amount of fantasy points. Not one of these options are “out-of-form” or starved of opportunity so this makes player selection a tricky one. If you believe either of these teams will win big then look to stack each side, otherwise be balanced and look to correlate your teams.

Well hasn’t Hardie been a little value gem over the past two games! Scored 88 and 74 fantasy points in the past two matches and that has seen his salary skyrocket to by $2,900 to $14,100. He won’t be 70% owned again and while you think this is simply points chasing, Hardie is now a big part of the Scorchers bowling setup and has 4 wickets in those past two matches. One to consider.

Richardson missed out on the Renegades party when Ahmed and Livingstone moped up the tail. Even some hitting from Prestwidge blew his economy out late, but I am going back to him against the Sixers outfit. 10 wickets at an economy of 7.07 is very fantasy friendly and while this is a second Scorchers bowler in the “love” column, the home conditions are a big plus for me.

Now this is the Brathwaite performance I thought would happen in this tournament. Only bowling small overs and not picking up wickets and while he didn’t bat last game, he scored a duck against Heat the night before. In fairness, the steep bounce would suit his bowling action but it would be a risk to take him here.

Tough going for Hughes in his last 3 matches for Hughes scoring 2, 2, 12 fantasy points. The salary has remained pretty low and he has been popular due to his batting position. I’ve taken a pretty narrow narrative here with the Scorchers bowling running riot so rostering Sixers cheap batsman with Perth bowlers is a bad correlation.

If you can get up to Marsh then you have done a good job as these salaries are quite tough tonight. Marsh wasn’t required in the Renegades mauling but can bowl if required. I really don’t like that price for the potential ceiling he has. In his last 10 matches in all BBL tournaments he has only passed 60 fantasy points twice. But you never know an explosive innings is not far away.