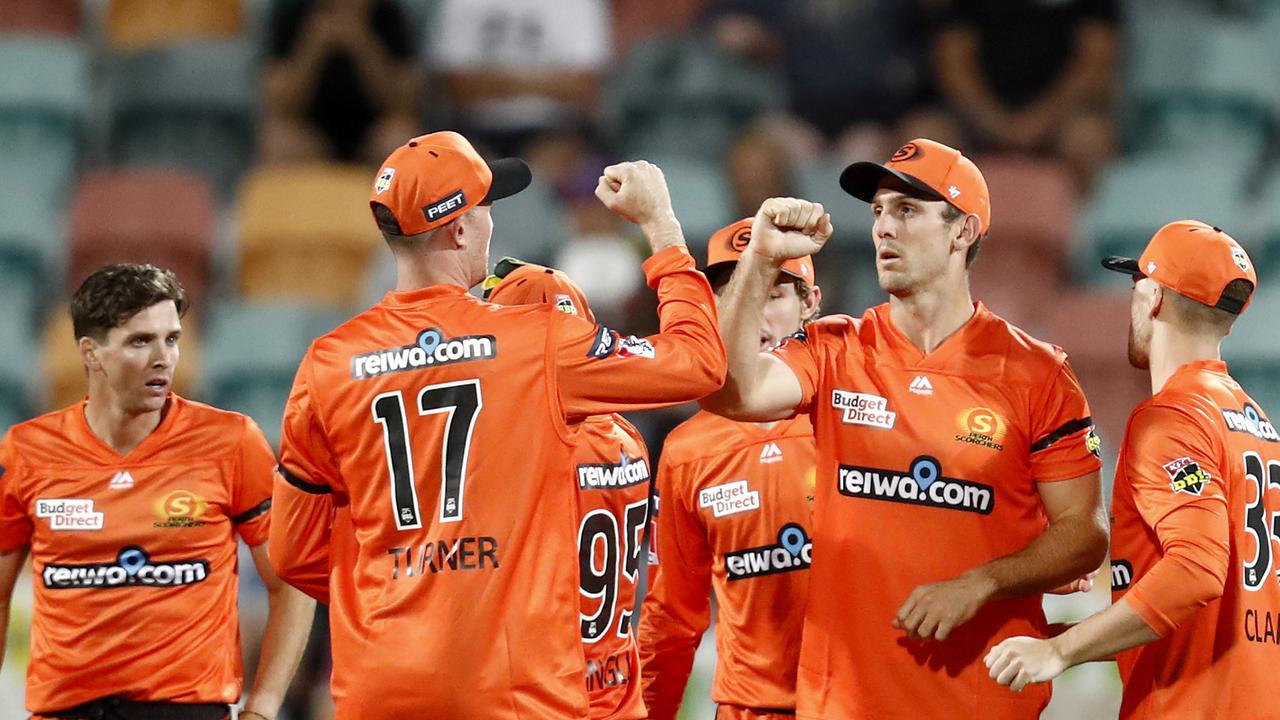 The mini stay in Launceston for the BBL comes to a close on Wednesday night when the undefeated Melbourne Stars battle it out with the Perth Scorchers. This is the final match before the tournament takes a small break for the 1st Test match in Adelaide. This is only the 2nd game for the Scorchers for the tournament after losing their first match in Hobart to the Renegades last Saturday. The match is scheduled to commence at 1915 AEDT.

As we saw last night there was a bit of movement in the UTAS pitch giving assistance to the quicks. Peter Siddle took 5 wickets although I wouldn’t contribute those to the surface. The weather for the first time in the tournament is something we need to monitor as Launceston has a forecast for afternoon/evening showers (80% chance at the time of publication). Keep an eye out on social media for updates before the start of the match.

Currently the Stars are warm favourites with the books after starting the season undefeated.

Draftstars have been posting huge tournaments to start the season and for this match a $25,000 contest for a $15 entry is available. Also available is a $2,000 Mini and the mass entry $500 micro contest is also available. It is fantastic that we have these huge pools over the summer!

The Stars experienced quartet of Marcus Stoinis, Glenn Maxwell, Adam Zampa and Nathan Coulter-Nile have shown their class in the opening two matches of the season. Each has provided ceiling fantasy scores and justifying their premium price tags. With this core it is a challenge to find teammates who could hit ceilings, however, the likes of Hilton Cartwright and Ben Dunk have provided some glimpses.

For the Scorchers, it was a rough start on Saturday in Hobart where they could not get any partnerships with the bat. Only Aaron Hardie scored over 30 with the bat and ended up a pretty dark fantasy performance from the team out West. Jhye Richardson did bowl particularly well and was rewarded with two wickets and a cheap economy rate. I expect a much better performance here and wouldn’t be too concerned regarding their fantasy output.

Some forced changes to both sides has occurred with Dilbar Hussain suffering a hamstring injury, bringing the likes of Lance Morris (who has been the sub to start the tournament) and in a bit of a shock, Adam Zampa has been granted leave from his experiences of Bubble life.

Adam Zampa has been granted leave following several months away from home living in bio-secure hubs. He will re-join the squad ahead of the Stars' next match on Boxing Day against the Sydney Sixers.

Stars squad was finally announced on Wednesday morning with Adam Zampa granted leave. But in comes West Indian recruit Nicholas Pooran and Nic Maddinson after his stint with Australia A.

For Perth, Jason Behrendorff has returned to Western Australia to be at the birth of their second child so we are likely to see Joel Paris into the starting XI (was X factor on Saturday). Ashton Agar is out injured until the new year but expect only one forced change for the Scorchers.

The questions that need to be asked on this slate is the “stars and scrubs’ approach going to be successful or you look to be more even in your lineups and bank on some ceiling scores? Because right now you have Stars quick bowler Billy Stanlake at the minimum and Scorchers paceman Joel Paris at $9,500. By taking these two and say Glenn Maxwell at $20,300, this leaves $60K of salary to choose your remaining four players. This doesn’t look too bad but has a big element of risk.

However the main narrative that could play out is the weather. If the game gets underway on time and rain does hit, then overs will be lost affecting the team batting 2nd. Thus bringing in 1st innings players into fantasy relevance. If the game is delayed before the start then the amount of time for batsman down the order for either team diminishes. Could set up as a funny game this one.

Look these suggested plays are going to be weather dependent but if you are looking for a cheap batsman in the top 3 or 4 from either side then you are going to land on the Spiceman. A pair of 12 run performances to start with which looks promising and if the game is shortened, then Fletcher will have a licence to go the tonk. Will be pretty popular but likely you will need him to start with.

Bit of hoop and a bit of juice in the deck should help Richardson immensely and in the absence of Behrendorff, Richardson will be relied on to take on the new pill. Richardson snuck in the economy bonus in Hobart and in a game absent of quality fast bowling I will be looking to get Richardson in lineups.

You have a choice to select Nathan Coulter-Nile, Mitch Marsh or Joe Clarke? Because they are exactly the same price… Clarke batted at 3 in Hobart and Draftstars have reacted by jacking the price up. Sure it was a whirlwind innings first up with a six and four from six balls but I can’t justify the high price with quality options elsewhere.

Batting 6 in a potentially weather affected match is a high risk play that I am not willing to take. If the weather is ok then we need another brittle Scorchers top 4 to make this work. Unless there is a change in the batting order then I can safely leave Bancroft alone. Scored 10 / 42 / 0 / 22 fantasy points when batting 5 or 6 in BBL09.

If there was one play among this $17K range that could lead you to a GPP win it is Marsh. Take note he will not bowl due to his injury concerns so his ceiling will be limited to the bat only. Marsh has the firepower to hit the ball to all parts of the ground but it is a big ask at this price point. 5 scores over 85 fantasy points in BBL09.