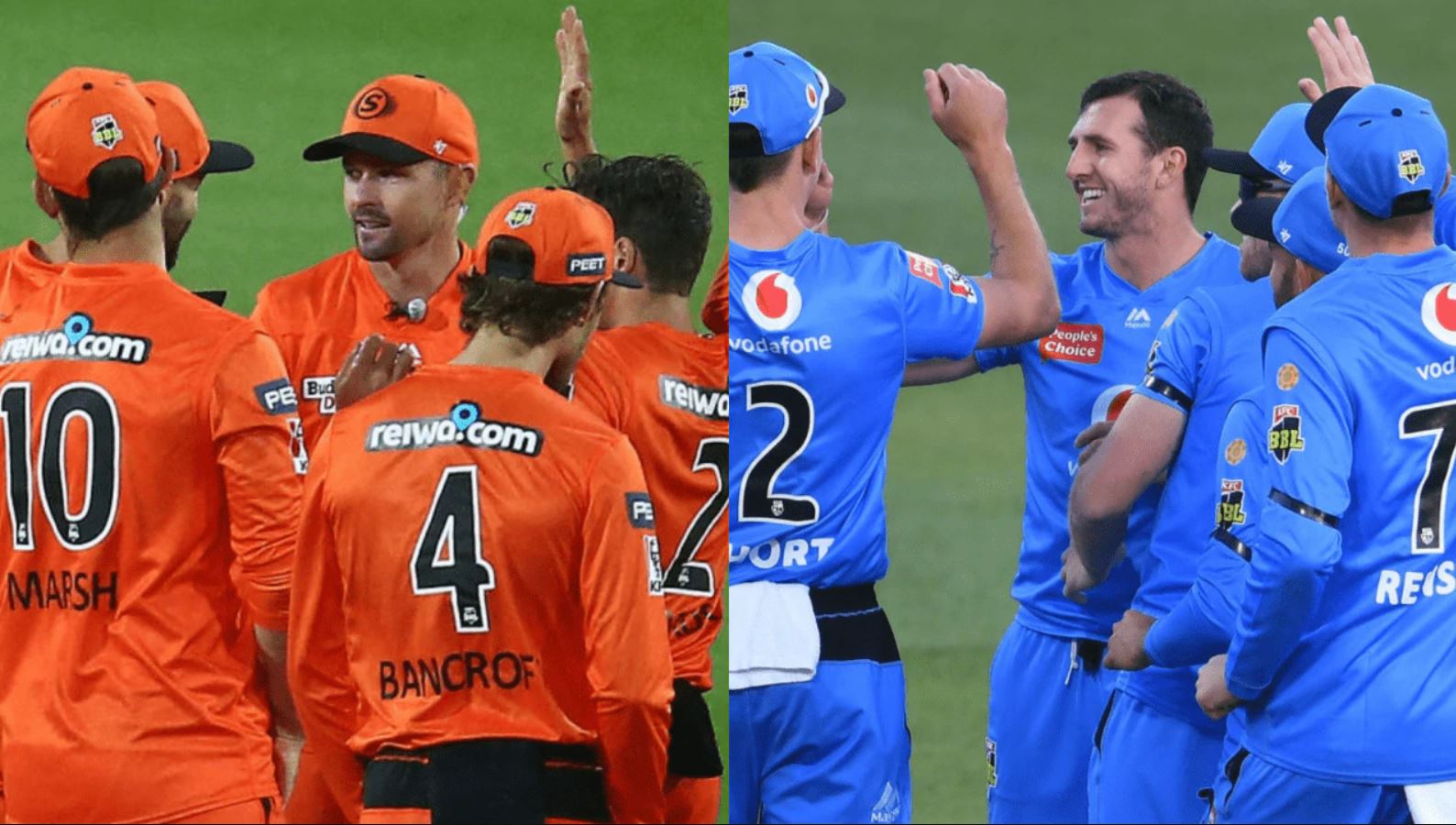 For the eighth consecutive time, we’re finishing the year with an Adelaide Strikers game at the Adelaide Oval. Their opponent is the Perth Scorchers, who they beat comfortably just 3 nights ago. We can look to that game for some ideas, and perhaps for some players that might be under owned. The weather looks fine, so we should have a full night of cricket to enjoy to bring this wildly unexpected year to a close.

Draftstars has put up a nice $20,000 slate, with a top prize of $2,184. There is a lot of enticing value, which should make it easy enough to squeeze in some of the premium options such as Rashid Khan, Mitch Marsh and Jhye Richardson. My first thought is that this could be an opportunity to build some very balanced lineups without these premiums or the value options that will make them so popular.

The Scorchers should be desperate to have a big game, having not won a game yet and therefore anchored at the bottom of the table. They’ve named an unchanged squad, and the team looks quality, so it’s only a matter of time until they get going. I cautioned against playing fresh imports Roy and Livingstone for the previous game, but I’m happy to consider them now after a few extra days of preparation. Mitch Marsh returned to bowling duties, with an excellent 2-14 from his 4 overs suggesting he’s a great play in most games for the rest of the season. An all-international bowling lineup only adds to my feeling that the Scorchers should not be dismissed just yet.

The Strikers are 1.80 favourites after being surprise underdogs in the previous game. They have also named an unchanged squad. Phil Salt made me proud last game, but all of Carey, Weatherald, Renshaw and Wells could be the guy this time. Renshaw in particular might be written off after a lean run and a very unlucky dismissal, but his big night won’t be far away. This is another good bowling lineup and we learnt the dangers of trying to predict which of them is going to get the wickets when the 5 of them grabbed 2 wickets each.

I like any of the Strikers BATs, with the possible exception of Phil Salt who I just don’t think is likely to go big in consecutive games (could easily be wrong). I’m highlighting Renshaw because I expect that he could be much lower owned than Weatherald or Carey. He was unlucky to be run out while backing up last game, and has showed several times that he can have big nights in T20 cricket. The slight chance of a couple of sneaky overs is another decent reason to consider him.

The cheap Scorchers options of Behrendorff, Tye and Fawad Ahmed will all be somewhat popular, and I do think most lineups should contain one of these guys as it’s unlikely they all fail on the same night. After that I want at least one of Worrall, Agar, Siddle and Briggs in each lineup. I’m focusing on Siddle because he could be the lowest owned of the bunch after a few quiet games, but we know that his death-overs role can be so valuable. His massive 171 point outing 4 games ago is a very good example of the kind of ceiling he can deliver.

I don’t necessarily think there is any reason he won’t go well, but I do love the form of Dan Worrall this season, so I’m wary of opening batsmen against the Strikers. Josh Inglis and Colin Munro could both be candidates to fall to Worrall early, but they are both cheaper and likely to be less popular, so I’m focusing on not owning too much Roy.

This could easily go badly for me, but Rashid overcame a hamstring niggle to dominate the Scorchers, and I now expect him to be very popular on a slate with plenty of value options. I’m justifying a risky fade with the idea that the Scorchers batsman will have had some extra days to figure out how to combat him, and the small chance that the injury is hampering him more than we know and could affect his performance. It was his points with the bat that made him a must-own in the last game, so hopefully he doesn’t get that opportunity in this game

After some poor bowling performances to start the season, Briggs has had consecutive big games with 5 combined wickets. He doesn’t look to be an amazing talent, so it could be a good opportunity to fade him and hope he is popular. The problem is that I don’t know if he will be popular despite recency bias, and he is not expensive enough to feel confident that he fails to pay off his price tag. This is someone that we’ll need to make our own gut-feel decisions on as the game approaches.