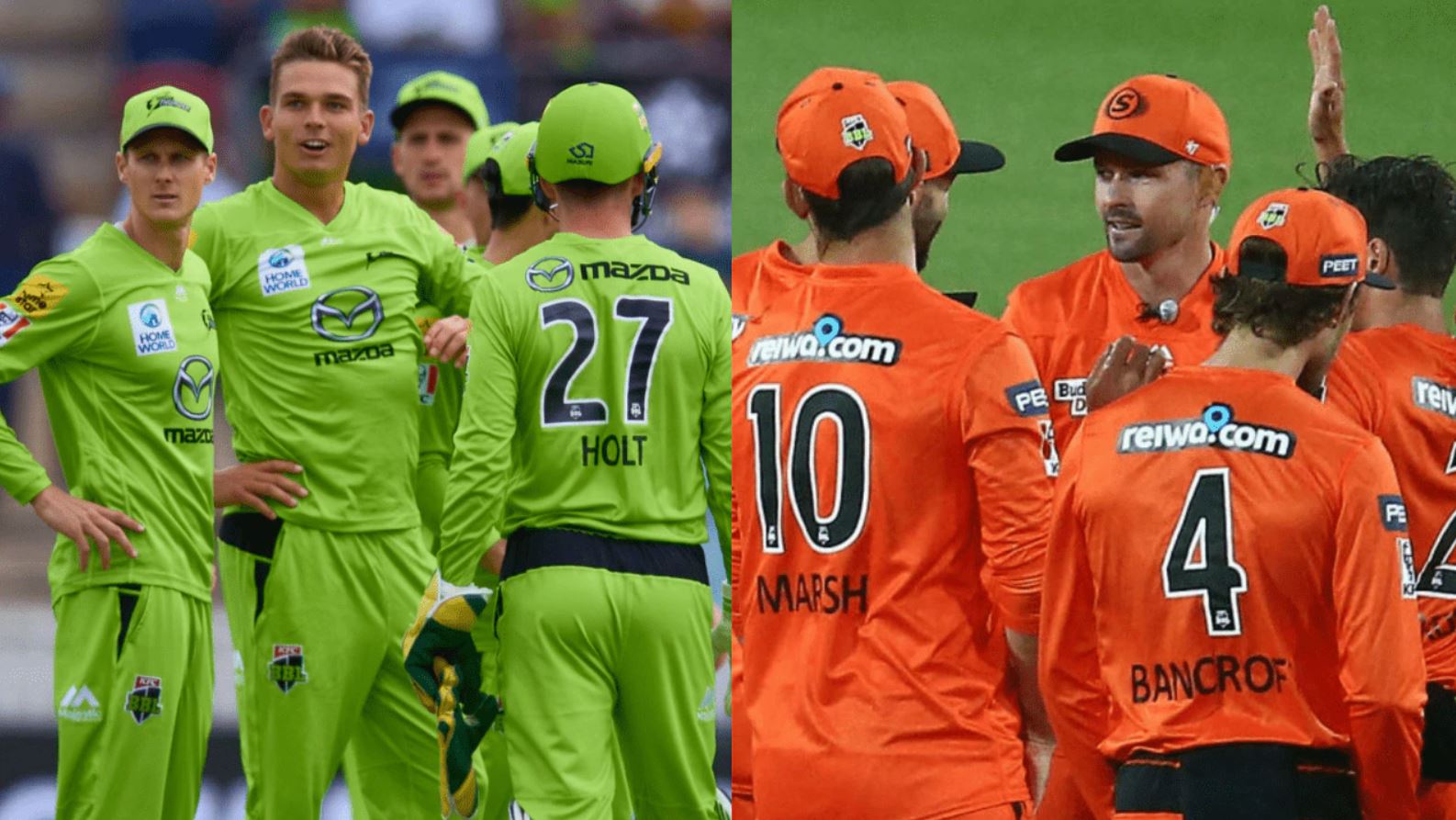 This should be great. The table-topping Thunder against the rising Scorchers who have won three straight after losing their opening four. Optus stadium is a great setting for such a big game, and I will not be leaving the couch. The weather should not have an impact on the match, so lets start looking at the slate.

Draftstars has another juicy $20,000 slate featuring a top prize of $2,184. I count 8 players that make very good value plays, three of which are batsmen. Ashton Turner, Alex Ross & Sam Billings are all good cheap plays. Fawad Ahmed, Adam Milne, Arjun Nair, Nathan McAndrew and Jason Behrendorff all have some combination of form and class which makes their price tag inadequate also. This likely means that the top of the board will be higher owned than usual. Perhaps a good chance to try to get a bigger share of the players priced between $14K and $17K. It also could be a viable strategy to leave some salary on the table with so much talent cheaper than it should be.

Both teams have announced squads for the match. I don’t expect any changes for two winning teams, especially as Daniel Sams is not back in the Thunder squad after his concussion.

The Thunder come in as outsiders ($2.00), which is mostly down the the Scorchers winning form at home. The missing Sams is the only chink in their armour, but he was covered nicely by Arjun Nair in his first game of the season. Alex Ross was also great in his return to the team at the expense of Ollie Davies. One factor that adds to my enthusiasm for the Thunder this season is the growing role of Nathan McAndrew. He bowls at important times in the innings and has consistently been having an impact. The lesser players in the squad playing at their best is a great recipe for success.

The Scorchers are at $1.80, and you can’t fault a single part of their Xl. 5 of their top 6 are successful internationals, and Josh Inglis is on the rise. Aaron Hardie is breaking out as a bowler, and it doesn’t get much stronger than their 4 main bowlers, 3 of whom are/have been important Australian players in the short forms. Like I said, this is an exceptionally good matchup.

Optus Stadium features massive square boundaries, which is especially useful for spinners in this form of the game. In the Thunder v Hurricanes game here earlier in the week spinners took 9 of the 13 wickets to fall. I also think it helps batsmen who either hit straight or focus on working the ball around the field rather than hitting big.

I think the sentiment on Ferguson might be that he’s a little old, and not quite up to the speed. I know my brain goes there after 3 down games. However, he went big in 3 of the first 5 games, and he’s the exact type of player that can manipulate this big playing surface if he’s on his game. The nature of the slate with great cheap plays should keep his ownership especially low, so I’m going to back him in.

Spinners at Optus. Especially uber-talented young leg-spinners who are a little cheaper than they should be. It also helps that he falls into the mid-price range that I’m looking to target.

Hales is the most expensive player on the slate, and yet will likely have lots of ownership. He’s showed several times in recent games that he is incredibly dangerous, but he also only put up the must-have 100+ score in one game. I’m happy to stay away and hope that the big boundaries can bring him undone early in his innings.

Similar to Hales, Jhye is a very good player who has put up a number of great performances already this season. He’ll also have lots of ownership and can easily fail to put up a big score. I’m going to focus more on some of the lower owned options right below him.

He can do it with the bat, he can do it with the ball, and sometimes he doesn’t get a chance to do much at all. If the team stays the same, he likely bats 6 or 7, and is the 6th bowling option. That gives him a limited opportunity in both disciplines, but he can be incredibly dangerous in either. He’s also pretty cheap, and possibly won’t be owned too much. I think it’s worth having some exposure to him, but it’s impossible to get a read on just what he might deliver.