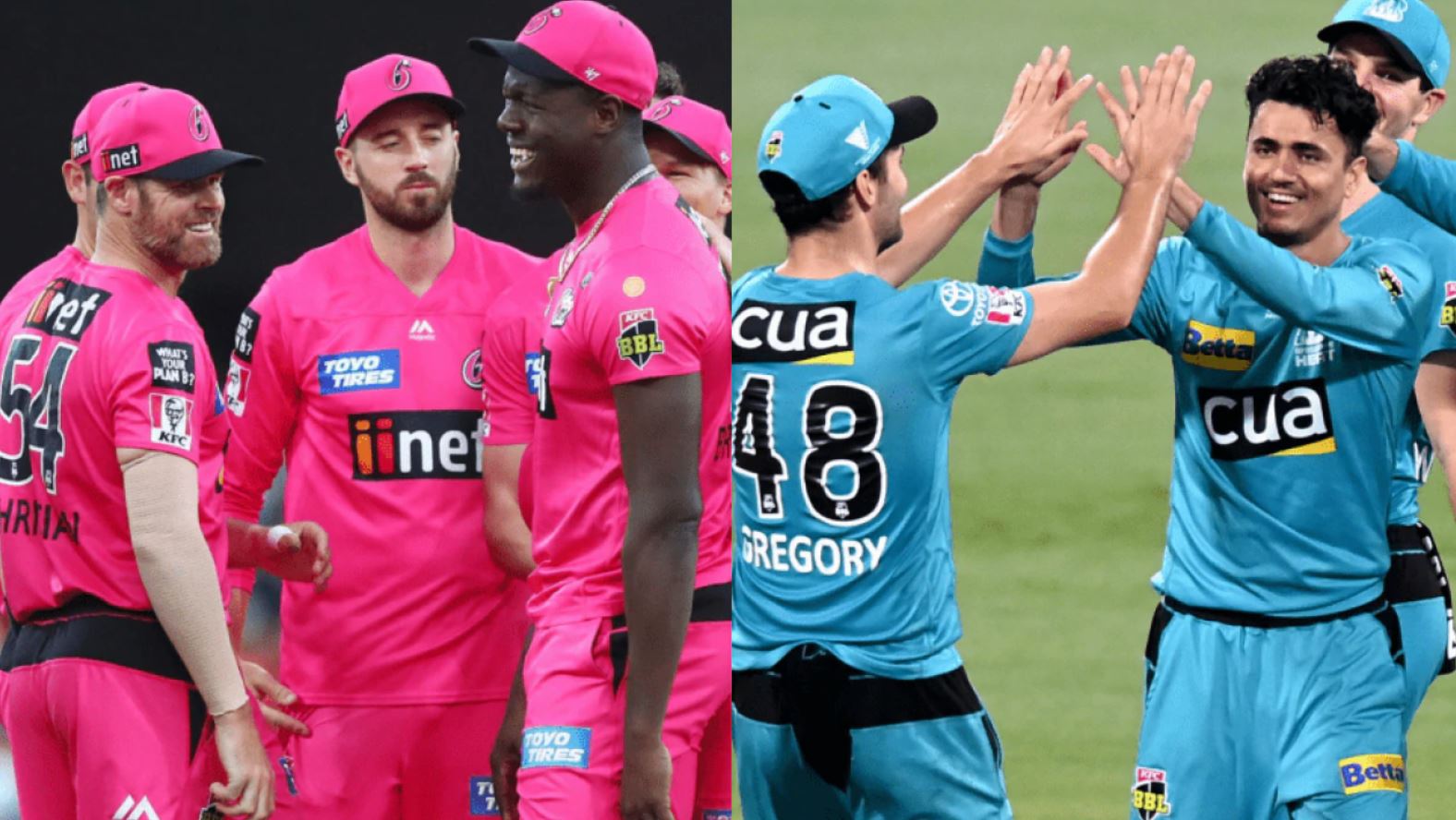 After the dramas of the COVID situation in the Greater Brisbane area, the BBL still continues when Brisbane Heat (4-4) play the Sydney Sixers (5-3) on Sunday night on the Gold Coast. With both teams in bio-secure bubbles and with Metricon outside of the lockdown zone then this is just another regular game. It is an important game for the Heat who will be looking to stay in touch with the top 5 and win against the leading Sixers will go a long way for their chances. The match is scheduled for the regular time of 1915 AEDT.

With any match on the Gold Coast in January, we need to check the forecast for any rain or storm activity. Currently only a slight chance of a shower on the forecast so it is highly likely we get the full 40 overs here. These two teams met at the Gabba on the 2nd of January in Match 24 where Mark Steketee took 4 wickets and Max Bryant scored 40 off 23 balls in their successful run chase. The Heat are on a 3 match win streak and will be looking to make it 4 in a row. The Sixers are the slightest of favourites at $1.85 with the Heat at $1.95. Quite remarkable as the Heat were pretty rubbish to start the tournament.

Draftstars continue to provide Daily Fantasy contests for every match of the BBL and this Sunday night a $20,000+ contest is available along with micro, mini and stakes contests.

It is safe to say, outside of Optus Stadium who has provided some great batting scores, Metricon Stadium is made for T20 cricket. The amount of maximum’s hit so far has been extraordinary and run chases are never over until literally the last over. Unfortunately due to tech difficulties and the rain on Thursday night, we were unable to participate in slates on Draftstars. But that stop start 10 over match was a cracker! 20 overs for 226 runs with 13 sixes just goes to show that you want to be targeting players that can get in and then go big. Bowlers however are having a rough time although. Outside of the 8 wickets on Thursday night, Metricon has only given up 43 wickets in 4 matches.

Both squads are now pretty settled with only the exception of Ben Dwarshuis being subbed out with injury in their last game. Dwarshuis was not selected in the Sixers 17 man squad so we may see the likes of Gurinder Sandhu come into the final XI. Pretty risky if the Sixers go with a more spin on this surface.

With the markets not really splitting these two teams I would look to roster aggressive batsmen for both sides and just pray your bowlers pick up wickets. I wouldn’t be looking to roster bowlers who can keep it tight as anyone can get whacked around at Metricon. There are some nice salary options here.

I wouldn’t worry about the 1st ball duck on Thursday night as Denly was pretty good against the Thunder scoring 77 fantasy points from his 50 from 36 balls. Denly is always going to get an opportunity as Max Bryant and Chris Lynn seem to have a shelf life of 6 overs. I think he is fairly priced and some might jump off after seeing minus 10 in his last game.

Fair to say DC had a stinker in Perth with a second ball duck and then proceeded to bowl some questionable bowling. But Christian is a class all-rounder who has been getting it done with the ball. If he does get a chance on the surface then he has the ability to go 100+ fantasy points here. Don’t let that minus 12 deter you here.

If you may not have known by now, Wildermuth has slid back down the batting order to number 8 which kills his ability to add fantasy scoring with the bat. He is still a fine T20 bowler however but you really need a bag of wickets to make his salary work. As I mentioned above, wickets are hard to come by and I do not expect this Sixers side to fall like a deck of cards here.

Just the 30 fantasy points from his last 4 matches for Hughes after going big with 168. It is a nice price for his potential but for the same price you can have the opener in Max Bryant who is just moments away from a huge innings. It is a nice pivot from Bryant but set your expectations low.

There were big wraps on Ball who was the leading T20 wicket taker in last year's Blast in England. 2 matches so far with only 1 wicket and both times going the 4 overs for over 40 runs. But with Dwarshuis out, Ball will be relied on to bowl either power-surge or death overs which could lead to some cheap wickets at the end.