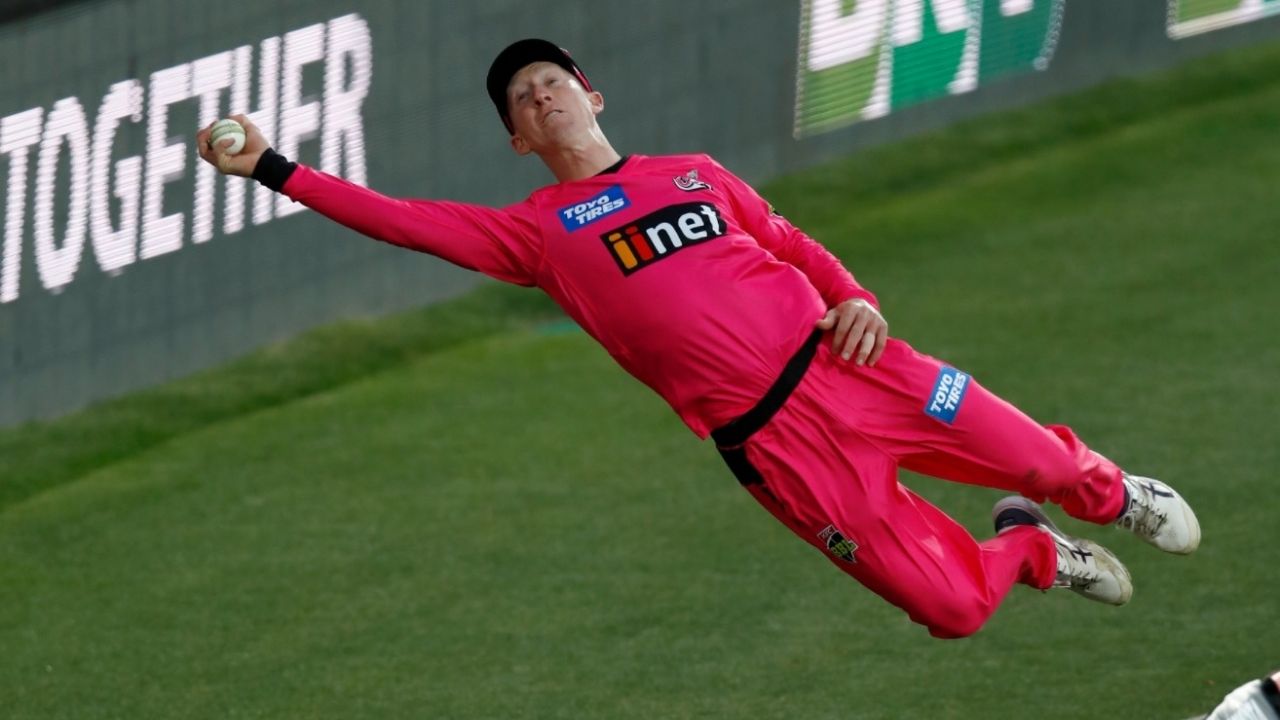 Sunday’s second double header BBL10 match at Blundstone arena features the Melbourne Renegades backing up from an impressive win the night before taking on the Sydney Sixers in the evening game. After yesterday’s crossover of games, we will not have any issues between these set of matches. First ball is scheduled for 1915 AEDT.

Draftstars are back for another bumper season and to start with posted a $25,000 contest for a $15 entry. Also available is a $2,000 Mini and the mass entry $500 micro contest is also available. Keep an eye out for these pools as some overlay is some pools over the weekend!

As mentioned in the Game 5 preview, Hobart is having a cracking day of weather and after a sunny day the players and spectators (well just a handful I guess) will enjoy a pleasant night. I have been informed that the pitch that was used for the Hurricanes game earlier that day will be used in this match. So if you do catch any traits in the surface you can factor this into your lineup construction. The markets flipped last night after Melbourne won last night crashing from $2.25 to $1.70.

The Melbourne Renegades were very impressive against the Scorchers on Saturday night after restricting the Perth side to a low total of 130. Shaun Marsh and Aaron Finch laid a perfect platform in the run chase and only needed 16.3 overs to reach the target. However you can put the win down to the ‘Gades bowling attack. Eyebrows were raised when Peter Hatzoglou was selected in his debut but he was mighty impressive with his figures of 2/29. Throw in Josh Lalor’s 3 wickets and Kane Richardson bowling economically and taking poles meant the team in Red were fantasy darlings.

The Sixers will be looking to bounce back after their loss in Game 1 of the tournament. James Vince and Jack Edwards looked very good with the bat but simply got out and the peak time of the innings. Expect the fantasy field to go back to these two and Josh Phillipe who was dismissed early in the run chase. The Sixers bowling attack was okay on Thursday night but what caught my eye is the use of Dan Christian. Bowling around the wicket on a leg stump line is peculiar but the coaching staff reckon they are on to something. Especially if Christain is deployed in the ‘Power Surge’. No news from the Sydney camp in terms of changes to the squad for this match. So as always lookout for teams at the Bat Flip 45 minutes before the scheduled start.

This should be an interesting slate to build teams as we have two cheap options in Jack Edwards ($9,800) and Peter Hatzoglou ($8,800) which allow you to get Aaron Finch ($19,900) and/or Kane Richardson ($18,900). This will be a popular play so you may want to look at mid priced options that potentially hit their ceiling.

I am not letting the failure in Game 1 deter me, Phillipe is a serious opening T20 batsman with the ability to hit high scores and high strike rates. A career average of 30 and a strike rate of 133+ means I will be considering him in my team no matter who is the opponent. If Phillipe can get through the swing of Lalor and the pace of Richardson then we are good to go.

It very much looks like that the Sixers didn’t recruit Christian for a consulting/coaching role, they want him to bowl middle to death overs and bowl one over in the ‘Power Surge’. We will probably find his fantasy price grow after this game so strike while he is cheap. 3 wickets for 36 against the Canes so if we can sneak in a wicket, economy and runs off the bat then he is perfect for your side.

King Carlos might look good in Pink but as expected he probably won’t be hitting fantasy ceilings in this tournament. Batted at 7 in Game 1 and a check of history’s past shows he batted 6/7/8 for the Tallawahs in the CPL with 21 his top score. If he snares multiple wickets then so be it, but he is a fade for me.

Hmmm, not the best ground for Sandhu to be fantasy relevant. Went for 2 overs for 20 against the Hurricanes. What could be something interesting today, if Sydney bowl first and he fails in his first over, he could make history becoming the inaugural sub/X-factor thing. Maybe I am being fanciful…

We didn’t get to see JFM bat last night but from all reports he can hit a clean ball and has all the confidence in the world. Expect to have very low ownership at his price, which means you are pivoting away from Hatzoglou and hoping for a quick fire innings at the end. You just never know...