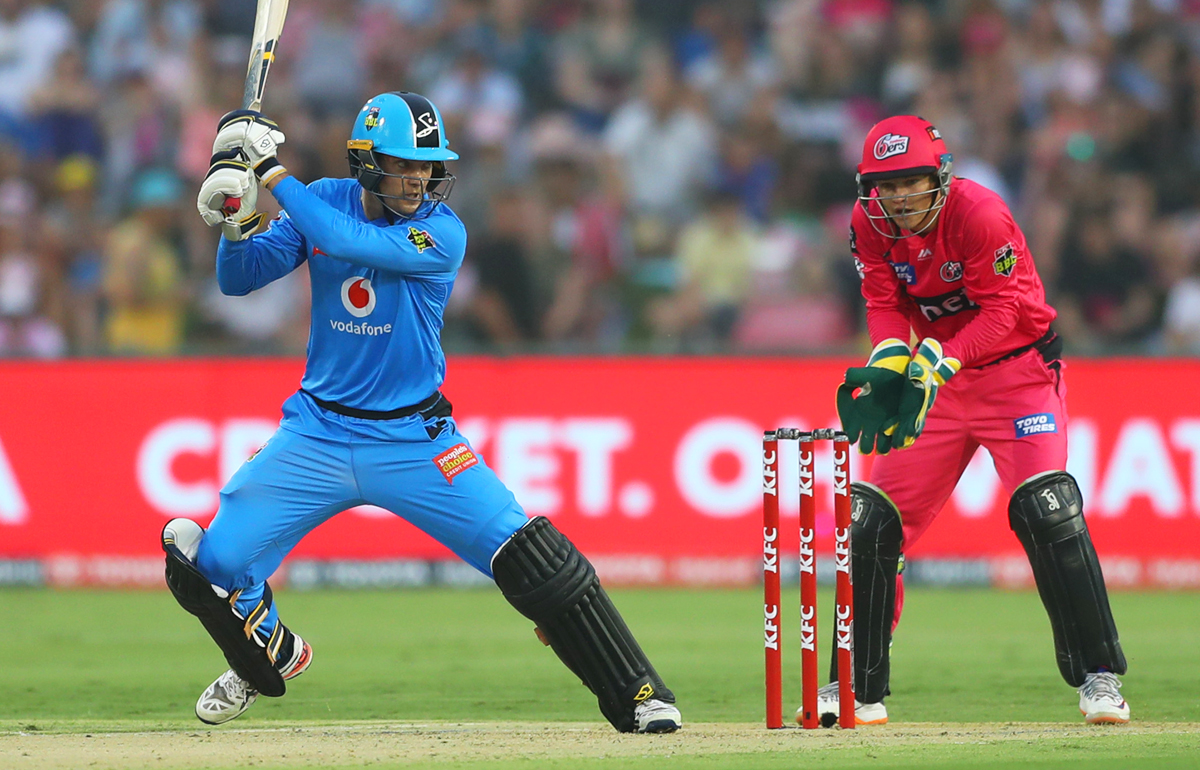 After being slated for an early Sunday game, the Test team smashing India has meant Match 11 of the BBL at Blundstone Arena is now at night. This will be a good match between the Sydney Sixers (1-1) and Adelaide Strikers (1-1) who were both last start winners. The match is now scheduled to commence at 1915 AEDT.

After a couple of early midweek matches in Launceston, we are back in Hobart for the second match of the weekend. As we have seen in the Tournament so far, there are runs to be made from the small boundaries but an average of 14 wickets per match has brought in the bowlers into consideration. Remarkably out of the 10 innings at the ground so far, 2 teams have lost all ten wickets chasing. Look there are a variety of factors and small samples to analyse this data trend, but that number is higher than in previous tournaments and for the ground.

For the pitch conditions the same surface that was used in the Saturday game will be used on Sunday. Ben McDermott and the Hurricanes didn’t have too many problems chasing down 155 against the Renegades so expect more runs on Sunday. The weather looks to be a grey old day with a 50% chance of showers throughout the day and cool temperatures into the evening. Typical summer’s day in Hobart! Currently the markets have the Strikers as slight favourites.

For this match, this was the game that the Sixers would have welcomed back some star power into the side. However, Jackson Bird and Sean Abbott are injured and Moises Henriques is with the Test team. Although it is Jason Holder’s first game with the team and will bring experience to the team after a successful stint in the IPL.

The Strikers will be full of confidence after their run chase on Tuesday night, two players have come into the side including Harry Conway who completed his concussion protocol. Liam Scott is also in the 14 man squad replacing Ryan Gibson who has a hamstring strain. However there are some concerns with international signing Danny Briggs who was subbed out of the game after bowling 1 over for 15 runs. Apart from a selection headache, the Strikers should remain steady in team lists.

If the conditions do improve then this match should shape up as a close contested match. Both sides have fast bowlers in form (Ben Dwarshuis 7 wickets @ 7.28 ave & 7.65 econ / Peter Siddle 6 wickets @ 7.5 ave & 6.00 econ) and the fantasy beast in Daniel Worrall continues with an average of 94.75 through two games. Outside of Phil Salt who has failed twice in the tournament, both teams' top 4 have scored runs, so fantasy selection is going to be a wide spread. Despite the Scorchers and the Renegades being bowled out in Hobart, I am still backing in the high run capabilities of both teams.

As long as the Sixers opener is batting in the top of the order we can continue to exploit his value at that cheap salary. Failed in his last match against the Renegades but this is his only failure through trials and the two tournament matches so far. He will be popular but I do like him here.

Hasn’t Briggs had a shocking start of the tournament so far? 3.1 overs bowling for 43 runs and subbed out of the Launceston game after 1 over. Outside of his batting exploits with Daniel Worrall, Briggs is a very risky fantasy play until he shows a bit with the ball. Much better bowling options elsewhere.

This could be the last time for me personally rostering Salt if he doesn’t get going. Innings of 6 and 8 to start the tournament and just looked ordinary in his dismissals. I was going to put Salt in the who knows basket but I’ll let others take the risk on this unpredictable opener.

Holder has come into the Sixers team for a cameo of three games and he starts in his first game in Hobart. In his recent T20 games in the IPL Holder averaged 27 with the Bat at a strike rate 126. 15 wickets with the ball at an average of 17.86 and economy of 8.6. So these are impressive figures and no doubt the Sixers will want to get Holder involved. Not sure where he bats but seems to be a risk some would take first up.