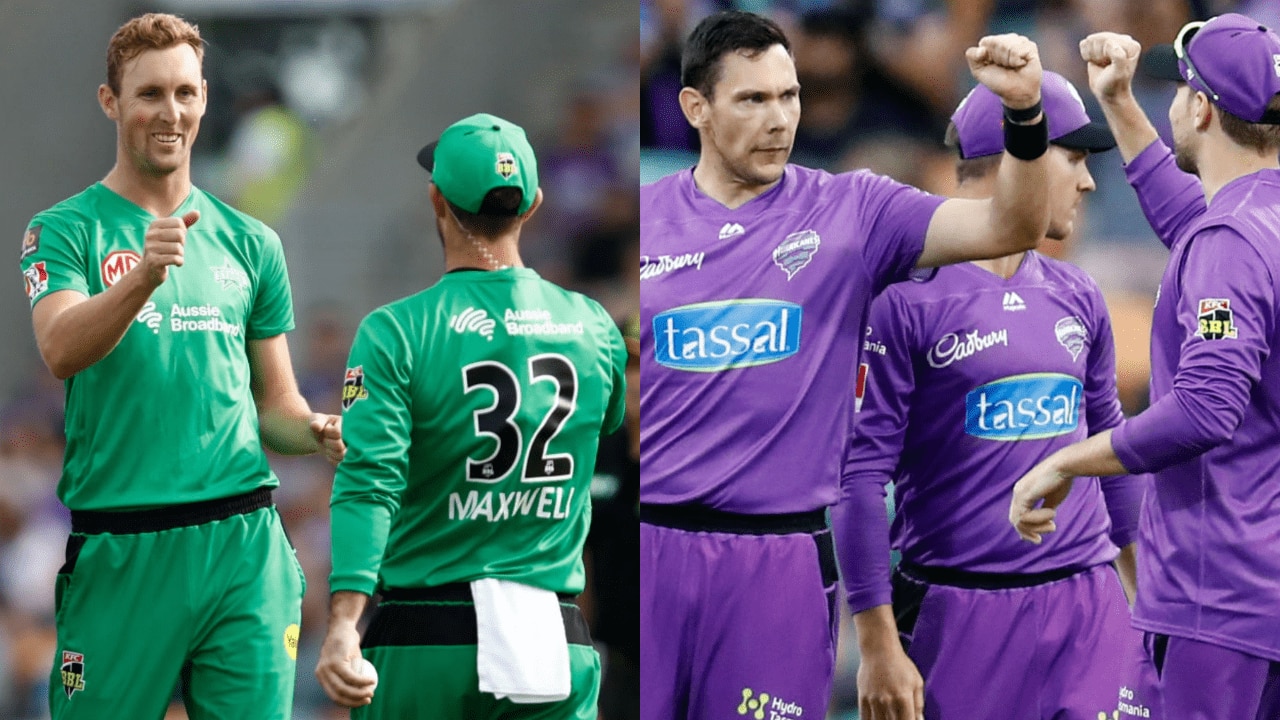 The last match in Hobart for the season sees the return match between the Melbourne Stars (2-3-1) and the Hobart Hurricanes (5-2). Today is another Double-Header day which is a bit rough for many of those who are returning back to work after the holidays. Hobart won a strange match on Saturday safely defending a low 164 total. This first match of two is scheduled to get underway at the earlier time of 1605 AEDT.

Draftstars as always are providing the daily fantasy contests and this match they have posted a $15,000 contest. Stakes, mini and micro contests are also available to compete in.

It is a cloudy day in Hobart with light winds, so no issues with the weather for this one. Currently the Hurricanes are slight favourites but this could trend towards a coin flip come the scheduled start. The same pitch that was used on Saturday will do double duty for this match.

So what did we learn from that match on Saturday? Stanlake taking three wickets was a shock, Glenn Maxwell whacking them was no surprise and the long tail of the Stars was the downfall of their defeat. The Hurricanes bowling attack were the key to the win and certainly looked more settled than what the Stars have at their disposal.

The Hurricanes go into this match with an unchanged squad from Saturday and are more than likely to remain unchanged in their final XI. James Faulkner is still not right and Will Jacks and Keemo Paul cannot play as being surplus international players. UPDATE: Keemo Paul has gone home to Guyana after his hamstring injury.

It was really clear that the Stars missed Adam Zampa and Nic Maddinson’s freak injury meant team dynamics were out of whack. Having Sam Rainbird on debut for the team at 7 was not in the plans, so the Stars will be looking to fix that. Adam Zampa will return to the side but no news on the status of Maddinson. If Maddinson is no good, Nick Larkin is pretty much the last batsman available on the Stars list.

As I mentioned in Saturday’s preview, you needed to make a decision on including one of Glenn Maxwell, D’Arcy Short or Marcus Stoinis. I went with the latter believing that Stoinis will bowl but he ended up not bowling whatsoever. Expect the field to pile into Glenn Maxwell after his super innings on Saturday, so you will need to make the decision to include him or fade the field. With both teams having some intel on the ground conditions and the make up of the sides, expect both teams to be more aggressive with the bat.

Going to go with the field on this one. Maxwell is just about floor and ceiling proof if there was ever such a thing as he is literally carrying this Stars team. 177 fantasy points in the last match and has 149 and 103 fantasy point efforts as well. Only a failure with the bat and bowl will see him bust. The ground is small and his variety of strokes in his arsenal is hard to stop. Fire him in with confidence.

Zampa would still be stinging after being forced to sit on the bench on Saturday. So watch out for a pumped up spinner looking to make amends for his suspension. His fantasy production is pretty good this season with ceiling scores of 91 and 95. The only query is that the Hurricanes do boast very good left handers in Dawid Malan and Colin Ingram which might mitigate his ability with his attacking deliveries.

If selected then Khan is an easy fade. 3 matches so far and only 2 fantasy points to date (from the bat). Would need his price to keep falling if I am going to consider him. Just hasn’t looked like getting a wicket or applying any pressure with his bowling.

Handscomb didn’t get much of a go on Saturday as he only faced 3 balls for 3 runs but did snare a couple of catches. You can see a pattern now with Handscomb, he gets an opportunity if there are early wickets and then gets out. If the top 3/4 then fire, he only has the scraps at the end. I’m sure one day he will pop but against this weakened Stars attack, the top 3/4 should do the job.

Well the news was the Stoinis was going to bowl on Saturday but that never eventuated, so it has us guessing is that $20K price tag worth it? Stretching back to BBL09, Stoinis either makes 100+ fantasy points or less than 10. The ultimate boom or bust play. Who knows what happens today but I am pretty certain he will be less than 35% who owned him on Saturday.