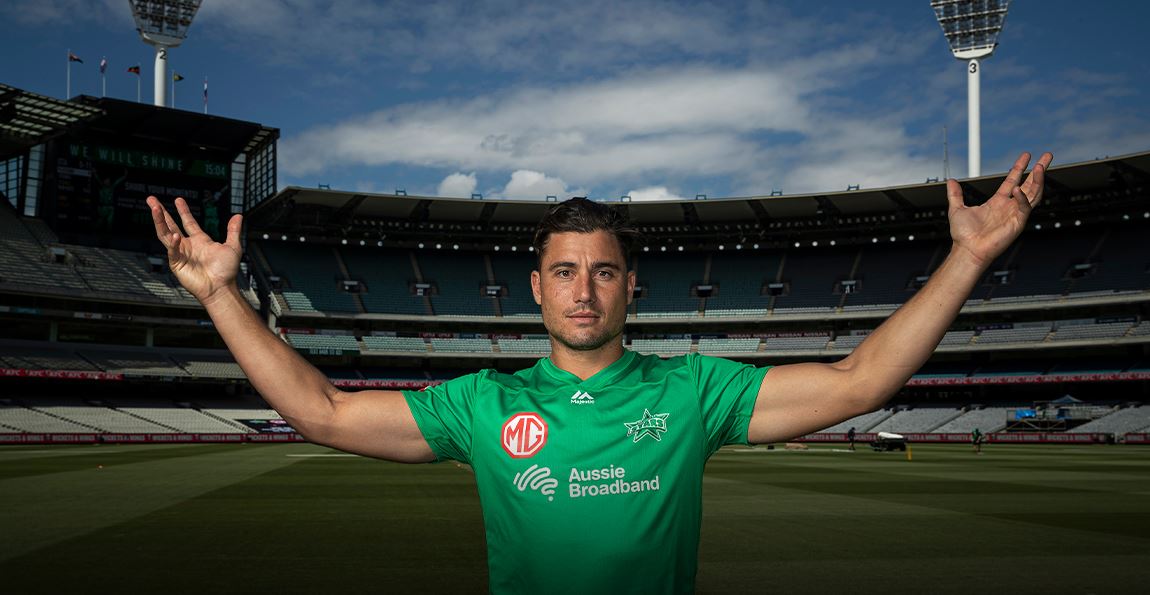 Just like that we have hit Match 40 of the Big Bash and we are at the pointy end of the tournament where finals aspirations are either fulfilled or dashed. Friday night’s clash features the Melbourne Stars (3-5-1 16 points) hosting the Adelaide Strikers (5-5 20 points) in the first game of the season in Victoria. The MCG finally gets some action with the match scheduled to get underway at 1915 AEDT.

Draftstars has put up a $20,000 contest with $2,444 up top. Look out for the mini, micro and stakes contests that are available in the lobby!

It is pretty weird that we are so far into the tournament but now have to look back in the archives to find out what type of fantasy scoring the MCG is. With its huge square of the wicket boundaries, there is a lot of running between the wickets on this ground. The average for fantasy scoring is the lowest of all grounds around Australia with a BBL09 average of 416 fantasy points per game.

After waiting so long for a match the forecast for Melbourne is not great. “High (80%) chance of showers, most likely in the afternoon and early evening. The chance of a thunderstorm in the afternoon and early evening”. So we need to watch the radar come 1 hour before the match. Currently the Stars are favourites at $1.70 which on first glance is a surprise but the Stars have a great record at home.

The Strikers are now without Rashid Khan for the rest of the tournament for international duty but Peter Siddle has been named in the 17 man squad. Siddle suffered a fractured thumb off his own bowling but will be given up to the bat flip to prove his fitness. Coach Gillespie has called on Liam O’Connor to be the spin replacement for Rashid Khan so expect O’Connor and Siddle to come into the side.

For the Stars news earlier this week broke that Ben Dunk mutually parted ways with the franchise and is no longer with the team. Nathan Coulter-Nile is still out but the Stars still have just enough fire power with Haris Rauf and Sam Rainbird leading the pace attack. The Stars shouldn’t pull too many surprises when the Bat Flip occurs. The Stars announced a new player in the 17 man squad which is Ed Newman, Newman is a "powerful middle-order, who is an excellent fielder". Newman is likely to be an X-factor due to the rules from the BBL committee.

If the rain does come to fruition then keep an eye on who wins the Bat Flip. As we saw in Canberra on Wednesday night, the Sixers were able to chase down the revised target and that meant higher strike rates for the batsmen batting second. However if the rain is stays away then you could look for some clues from Match 36 which the Strikers won by 5 wickets.

With Rashid Khan gone, all Adelaide pieces have become relatively inexpensive but with the likes of Glenn Maxwell, Marcus Stoinis and Haris Rauf at the top of the pile, look to build balanced teams. Haris Rauf has a remarkable record at the MCG averaging 64 fantasy points in 4 games last season. Marcus Stoinis averaged 83 fantasy points in his 7 games last year although that included a mammoth 267 effort!

While I touched on Rauf’s and Stoinis’ records from last year, the one I really want is Zampa. Zampa has bowled particularly well in BBL10 but his record at the MCG from BBL09 is exemplary. 12 wickets in 5 games with 4 of those games hitting the economy bonus. These lead to an average fantasy score of 85 fantasy points. 2 for 20 on Monday night against the Strikers just backs up that the Strikers are really respecting his spinners.

O’Connor if selected will be a popular piece for line up builds due to his price and possibility of keeping it tight for the Strikers. 4 wickets from 3 games in BBL09 and has been waiting a long time for his opportunity. Bit of risk first up on this large MCG ground but could spring a surprise with teams not seeing him in this tournament.

Siddle is becoming a bit of a yo-yo in the tournament from a fantasy point of view with ceiling scores and dust in others. The injury to his hand is a setback but I am sure being the professional he would find a way. However I don’t like him on this surface where the only data I can find is two matches in the whole of BBL for no wickets and an economy of 11.

The more that Gotch bats at 7 the more we can continue to safely fade Gotch. The majority of his fantasy scoring over the journey has been through catches but can bob up for a run or two. Unless a change in batting order then we can safely ignore once again.

The whipping boy of the BBL finally got a decent bat in on Monday night, guiding the Stars to a total that in the end was not enough. That was Maddinson’s highest fantasy score since he took 3 wickets at the MCG this time last year. Whether that happens again, who knows, but could that innings be a catalyst for some more consistent batting from Maddinson?