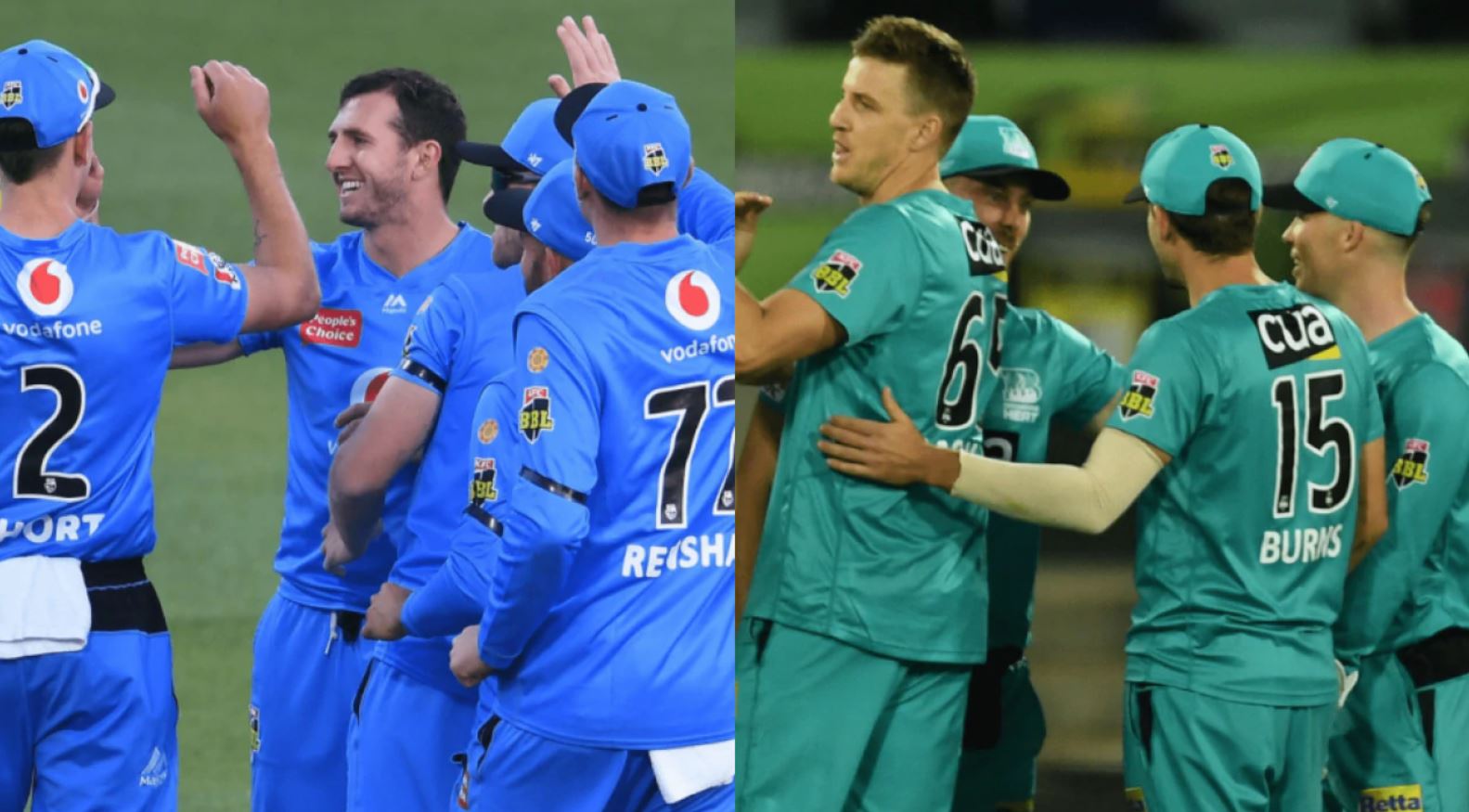 Tonight the Adelaide Strikers host the Brisbane Heat at Adelaide Oval. Surprisingly (to me), the Strikers are further down the ladder at 5-6 and in 7th place. The Heat are only ahead (6th) by a single boost point. Both teams desperately need a win to stay in touch with the top 5 and have a chance at finals with 2 games to play. Thankfully the Adelaide weather looks perfect and we should be all set for a good contest.

Draftstars has put up a nice $20,000 contest with $2,184 to first place. The most interesting part of the pricing is the discrepancies between the returning Australian players. Labuschagne and Head are rather expensive, while Neser and Swepson are pretty cheap. Is it as simple as trusting that it will take a game or two for the batsmen to adjust to the different format?

Both teams see the return of a couple of big players from the Aussie squad. Labuschagne and Swepson are back for the Heat, likely forcing out Bazley and Kuhnemann. For the Strikers Head and Neser come back as some much needed reinforcements after the departure of Rashid Khan left them considerably weakened. I’d say Ryan Gibson and Liam O’Connor are most likely to go out, and Siddle could also force out someone like Dan Worrall or Cam Valente.

The bookies are struggling to seperate these teams, with the Strikers slight favourites at $1.87. Given that they’re at home and looking rather strong, I’d say there’s a little value there. Both teams are coming off comprehensive losses after suffering big collapses. You can’t fault the firepower from either top 5, and it could come down to how quickly the return Aussie players can adapt to the T20 format.

Adelaide Oval is a ground where big runs are available, but teams can get themselves into trouble swinging across the line to target the short boundaries.

It’s a risky play, but I like the idea of Renshaw playing his once-a-season big innings tonight. It’s not certain that he’ll bat in the top 4 (or even play), but if he does I think he’ll get plenty of opportunity to make the most of the short square boundaries. There’s also the chance of an over or two where he can sneak one through a batsman trying to hick him over the leg side. There’s no-one below him in the BAT section that I’d rather play.

Briggs has been hot and cold all season, most recently cold. He still has a trio of massive ceiling games to show, including a game here earlier in the season where he took 3/8. Against a team that is prone to dramatic collapses, I love him at this price. He’s also shown an ability to throw the bat around if he’s needed at the end of an innings.

This is a little bit to do with form, a little bit price, and a little bit the fact that I don’t think he can handle quality legspin. If he’s at the crease when Swepson comes on to bowl, I’ll have my money on Swepson. Of course Head can chip in with the ball himself, so it’s not a clear-cut fade.

It’s been a breakout season for Jack, but he’s simply too expensive. Bowling points are hard to come by at Adelaide Oval, and his batting upside is limited now that he’s coming in at #8.

I’m not even confident that he’ll play, but if he does you may need to consider him on price alone. It would only take one wicket and/or a couple of lusty blows with the bat to make him a nice play, and his ownership may stay down with some other good value on the bowling side of the slate.