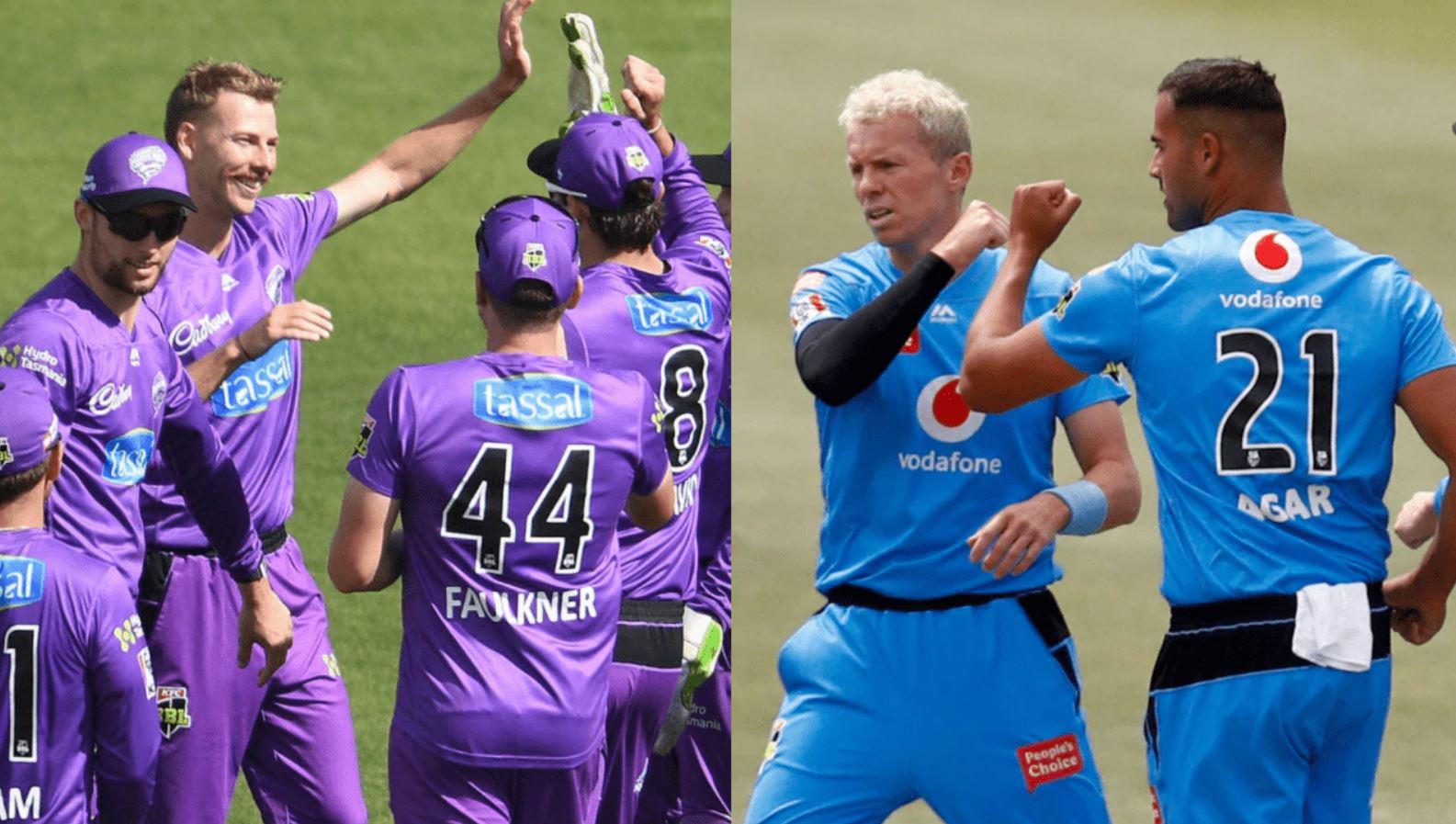 If it wasn’t the neutral grounds to start the 10th edition of the BBL, we now have back to back return fixtures when the Hobart Hurricanes “host” the Adelaide Strikers once again but this time in Launceston. UTAS stadium will host games on Tuesday and Wednesday night before a little mini break for the upcoming Test match. Launceston has always been a fair match between bat and ball but we only have a small sample size over the editions of the tournament.

Tassie’s hot spell of weather continues on Tuesday and we should not have any issues with play. What was very interesting and something to monitor before the game is how the markets see this match. Early on Monday it was the Strikers who were clear favourites but in my opinion the Hurricanes should be. The market has corrected itself and you will find this a coin flip.

Draftstars have been posting huge tournaments to start the season and we are back on the large scale with a $30,000 contest for a $15 entry. Also available is a $2,000 Mini and the mass entry $500 micro contest is also available. It is fantastic that we have these huge pools over the summer!

So we do not have to dig too far on what happened when these two teams met, it was only on Sunday! The Hurricanes got off to a great start on the back of their openings in D’Arcy Short and Will Jacks and progressively got better throughout the innings. Daniel Worrall dropping Short early on didn’t help but gee whiz he filled his boots with the bat with Danny Briggs. That last wicket partnership would have been a fantasy nightmare/ecstasy for owners and fade merchants alike!

However I wouldn’t read too much into Sunday’s game as both teams welcome players from Australia A duty. Ben McDermott, fresh of his century is back for the Hurricanes but unfortunately the ‘Canes are tight-lipped where he bats. He was slated to bat at 3 but Colin Ingram has done a great job in the role so far. Then he seems a bit of a waste at 5. Watch this space as this could dictate on what your lineup strategy would be. The only change I can see is that Mac Wright will make way for McDermott.

Also returning to the Strikers side is Alex Carey who should be available for the rest of the tournament. Harry Nielsen has made way for Carey which otherwise lineup the same side from Sunday. No Harry Conway as he suffered a concussion in the Aus A game.

This is a bit of a tricky slate with salaries now catching onto value and with the return of Ben McDermott and Alex Carey, the cheap pieces of Mac Wright and Harry Nielsen are no longer playing. Continue to play your narrative and look for players that can achieve their ceiling. However you may need to make a sacrifice in your builds, I know already that players such as Tim David and Daniel Worrall will be popular so don’t go too overboard in your builds.

I can finally insert McDermott into previews after I was “chips in” for the first game of the Tournament. He was going so well that he picked up a game for Australia A and cashed in with a 2nd innings century. Was ‘banging’ them in trial matches and with his team mates in form already, his price is most accessible.

First ball duck and sixes hit off his bowling wasn’t in the plans for one of the best T20 players in the world but let’s blame the quarantine rust. The larger UTAS ground should limit batsmen looking to attack by going over the rope and that $19K price tag is very achievable. I do not expect Khan to fail two games in a row.

Yeah, I don’t love that price now that we are getting a feel of who is playing and the value evaporating from future slates. That $23,600 is quite a significant price that will compromise the rest of your builds. Love Short as a player and as a fantasy stud, however I feel playing a low salary ‘donut’ is a bit silly against this Strikers attack.

I am not sure he came to the Hurricanes to bat at 5 but it is likely with the inclusion of McDermott, I can see Handscomb dropping down the order. It would require a top order stumble for Handscomb to accumulate fantasy points, but early doors of this season show that the Hurricanes top order batsman are firing early.

Well it must be said I did like him down in Hobart but proceeded to drop Short and get hammered around the Blundstone ground. Bowled two ‘beamers’ in one over such as the pressure he was under, yet scored 121.5 fantasy points off the bat! Seriously doubt he could get the opportunity to do that again in the tournament but you never know that confidence could translate into wickets.