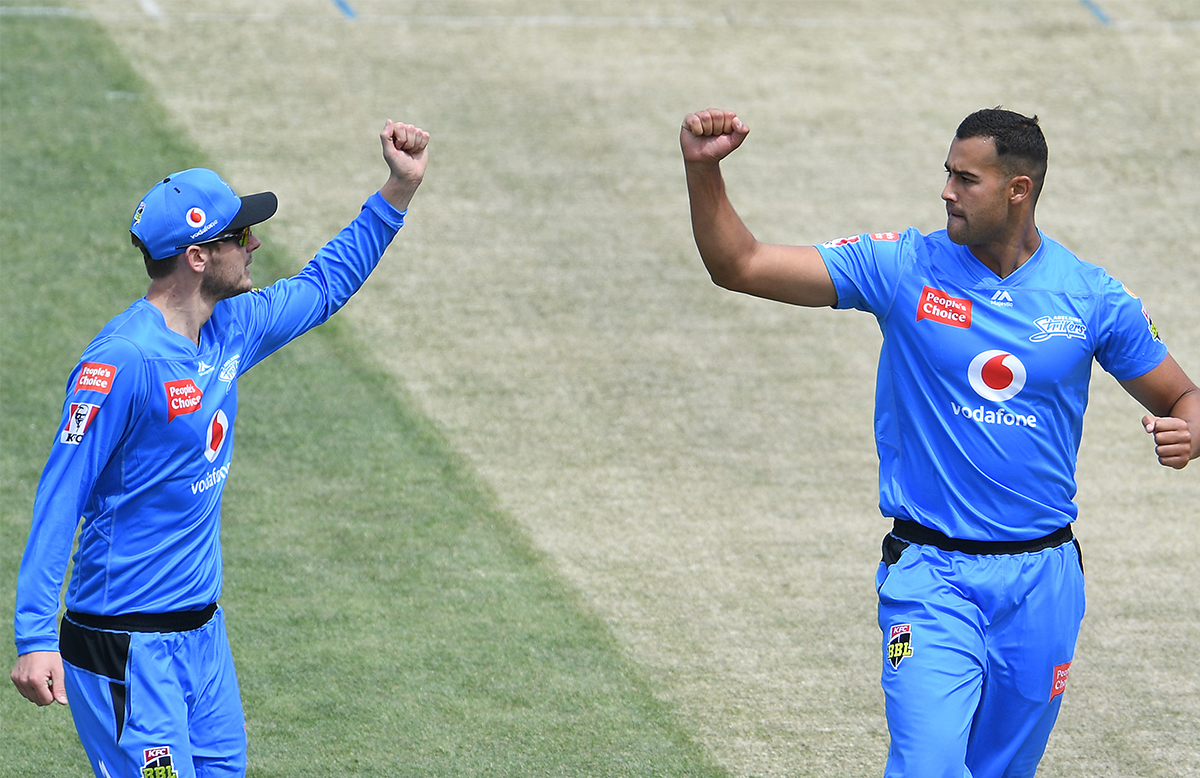 The 2nd match of Sunday’s Double-Header of the BBL takes us back to the Gold Coast for a “home” game for the Adelaide Strikers (3-3) who take on the Sydney Sixers (4-2). The Sixers are on a back to back after losing on Saturday night to the Heat. This match will follow the earlier Perth match starting at the regular start time of 1915 AEDT.

The Strikers would be disappointed by their efforts on NYE in front of a big crowd in Adelaide going down to the Scorchers, after only Alex Carey was able to contribute to the small 146 total. They now take on a Sixers side who pulled a rabbit out of their hat not once but twice defeating the Stars and the Renegades by the barest of margins. However the Heat were too good last night and now this sets up as great entertainment on Sunday night.

Draftstars has another $20,000 contest in the lobby. Be aware though, the earlier Scorchers contest may be still going when this match starts.

Like we saw on Friday night, the Gold Coast evening weather can be a bit unpredictable for thunderstorms. Currently the forecast is for a 40% chance of shower activity and a chance of thunderstorms in the south. This was a similar forecast for the Thunder/Renegades game on Friday, so a check of the weather before the bat flip might be in order. Currently the markets have this contest as a coin flip with most markets having both sides as $1.90

The full 18-man Strikers squad have made the trip up to the Gold Coast with captain Alex Carey stating that they need to work on the batting…”One thing that we do need to get going is the top-order... players have been getting scores at different times and we haven't quite clicked together.”

Could this mean a change in the batting order? I cannot see it myself but keep an eye out at the Bat Flip before the match. The bowling group should remain unchanged however.

For the Sixers, the same XI that played last night is in line to be selected, however seeing English import Jake Ball named as a X-factor was a surprise. If there was a change tonight then Ball could come into the side for Ben Manenti.

With the match being a coin flip, expect an even coverage of ownership, especially for the Sixers. As I’ve mentioned above, it has been difficult to roser Strikers batsman with confidence as only Alex Carey is in the top 10 run scorers for the whole tournament. But as we have seen with this Gold Coast surface, there are plenty of runs to be made here. The Sixers alone have hit 15 maximum’s in their past two matches. I'll be targeting aggressive batsman here.

Phillipe looked very dangerous for the Sixers last night scoring 48 runs off 36 balls, his second 48 run effort in a row. The smaller dimensions of Metricon will suit his aggressive style and while the price is pretty expensive, is clearly in form. Has taken 4 catches in 6 games so a sneaky chance for 10 points more from his keeping.

At that 15K price tag and cheaper options underneath him, I like Agar as a sneaky low ownership play. His fantasy scoring has been very consistent (41, 75, 44 & 38 in his past four matches) and thus his salary has increased throughout the tournament. 11 wickets in 6 matches is a very good return and I like him in this spot.

Edwards was showing so much promise during the pre tournament trial matches and even hit a good score in Match 1 of the tournament. Since then he has been rather ordinary with the Bat and just cannot have the confidence to continue rostering him.

I could just about repeat what I wrote for Edwards in this spot for Renshaw. I am sure an innings is not far away and maybe this surface could help! That low strike rate is really hindering his fantasy scoring even if he does get a start. Better options such as Vince and Hughes in this price bracket.