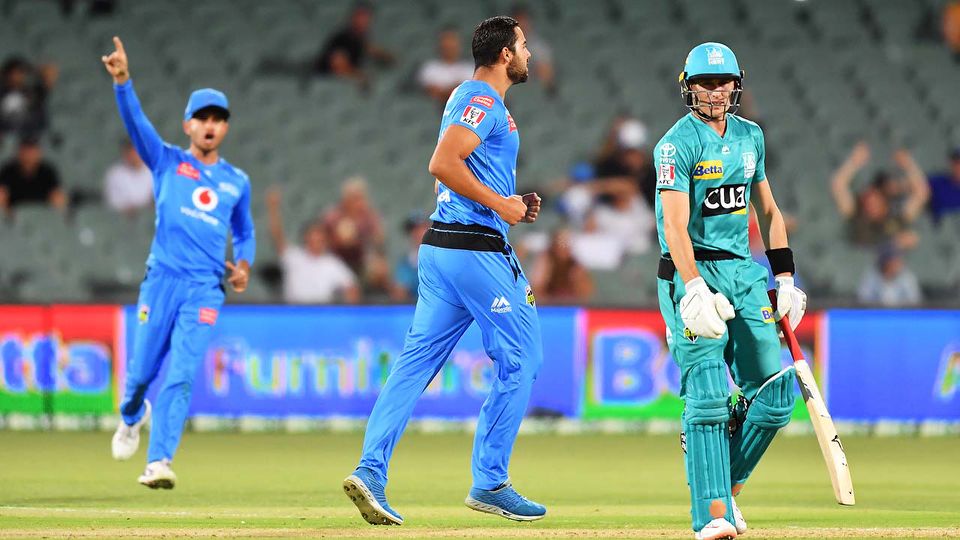 Were people still complaining about the length of the BBL season this year? If they were I missed it, and it seems like the season has flown by and it’s now Finals time! The Brisbane Heat have gone from a struggling start to the season to now be hosting a final at the GABBA. The Adelaide Strikers managed to hold things together after Rashid Khan left to sneak into he finals on net run rate. Both teams will now get a chance to make the most of powerful batting units on the friendly Gabba wicket. The only thing that can stop them is a bit of weather around, but it looks like it should be gone by game time.

Draftstars has put up a big $25,000 contest for this one, top prize $2,444. The pricing is tricky with a few red-hot expensive guns up top and a lot of questionable players don the bottom. It’s not easy to build a balanced line up so figuring out which value players you can trust is going to be important.

The Heat come into the game as $1.85 favourites, having won their last two games and at home. However, it’s worth remembering that the Strikers trounced them by 82 runs just a week ago. Xavier Bartlett could be named again despite not taking part in the previous game when subbed out as the x-factor. It was Jack Wildermuth who came in to try to add some batting after slow start.

The Strikers aren’t the same team without Rashid Khan, but they have managed to win their last two and still have a strong line up. Other than Liam O’Connor and Ryan Gibson, everyone else is close to an international calibre player.

The Gabba is bat friendly, but that also tends to allow bowlers to get into the game as players try to go for bigger shots than they need too. In short, I expect plenty of runs and plenty of wickets, and won’t be favouring any particular type of player.

There are plenty of cheap bats to choose from, but I wanted to focus not he middle tier. I think Salt could be drowned out by Weatherald and Head in ownership terms, as it will be very hard to fit more than one in along with Lynn/Labuschagne and a decent bowler or two. Salt is incredibly inconsistent but has the same kind of ceiling as his teammates and is due for another big innings.

If there is one Brisbane bowler that I want to trust, it’s Swepson. His return from test duties really stiffened up the attack, and we all know that spinners thrive in T20 cricket. He’s looked very confident and in control so far, and I like his chances to cause trouble for Travis Head in particular, who I really don’t rate against quality leg spin.

Very simply, Danny Briggs and Xavier Bartlett are much better bowlers than O’Connor at the same price. He might get a little ownership, which is enough for me to stay away.

Some of the English imports just never seem to adapt to Aussie conditions, and Denly is one of them. You’d think a quality international batsman at a cheap price would be very appealing, but I’m much keener on the likes of Wells & Burns.

As the cheapest play on the slate, Gibson holds some appeal as a salary saver. The problem is that he’ll need some level of collapse to play a substantial innings, and I don’t expect the Strikers to be in trouble in this game. Having said that, a couple of catches might be enough to contribute to a winning line up if players like Lynn, Labuschagne, Carey and Siddle can have big games.