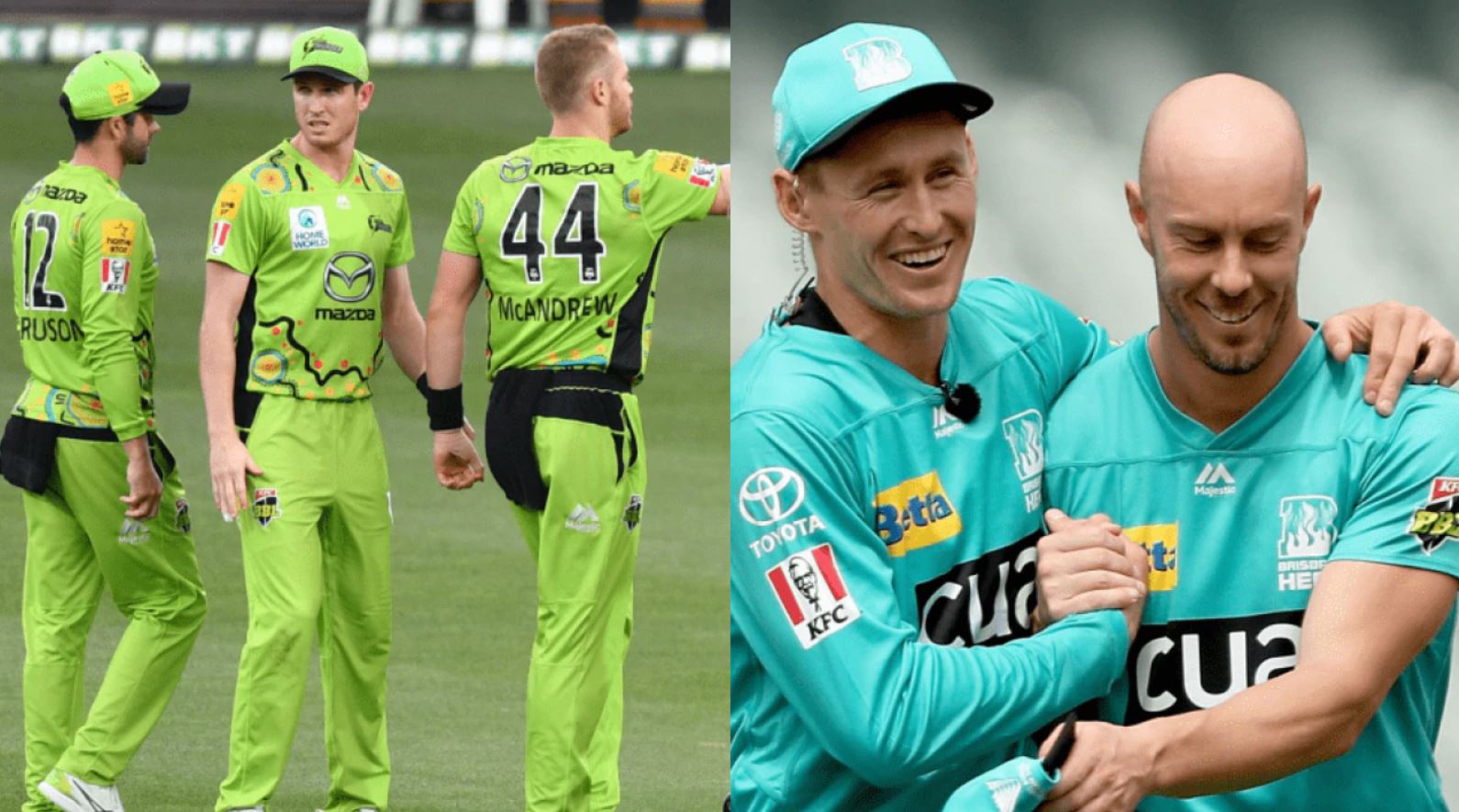 The Brisbane Heat took care of the Strikers, and now they get to travel to Canberra to take on the Sydney Thunder at Manuka Oval. The victor will take on the Scorchers for a place in the BBL final against the Sixers. The Thunder last played 6 days ago in an easy win against the Strikers. The weather shouldn’t be a factor, so let’s get stuck into it.

Draftstars has put up a $25,000 slate with a top prize of $2,444, the third last slate of the season. The pricing is dominated by in form batsmen Labuschagne, Hales and Lynn. There are plenty of cheap options which could allow you to fit them in if you wish to go down that route.

Sydney Thunder are $1.75 favourites, which seems fair. The teams went 1-1 in their regular season matches, both remarkably high scoring affairs with successful run chases. Both teams have plenty of explosive potential throughout their line-up, it’s just that the Thunder don’t have any weak links, while the Heat are short one or two consistent players in both the batting and bowling department. The like of Heazlett/Bryant, Burns, Bartlett and Laughlin stepping up on the day will be important to give the Heat a chance at causing an upset. The return of Daniel Sams is the only big change, but it’s very important for the Thunder with his improved batting and his quirky wicket-taking abilities.

Manuka continues to be a ground where I like to play spinners, and we have a couple of good ones in Mitch Swepson and Tanveer Sangha. Chris Green and Marnus Labuschagne are also likely to play a key role for their teams with the ball. There have also been plenty of big totals with batsman from all through the order doing well, so I’ll look to play some lower-order bats who might be overlooked in ownership terms.

There are a number of interesting cheaper bats, but Billings is the one with the highest ceiling as shown by his 172 six games ago. It’s hard to gauge his ownership with no-one around that price point who’s been in particularly good form, but I expect most line-ups to try to jam in a couple of expensive guys (Laba, Hales, Lynn) and therefore going with the cheaper Burns, Peirson, Ross types to afford them. Investing in the massive talent of Billings (or Khawaja) instead could be the winning ticket on this slate.

His numbers have dropped off as the season has progressed, but I don’t think classical legspin like Tanveer bowls can ever be ‘worked out’, so it’s just a temporary lull from a classy young player. Sticking with the balanced line-up approach I think the likes are of Sangha and Swepson are much more tempting than some of their cheaper teammates.

After a nice start to the season, Gregory has been underwhelming in the second half. His bowling has been ineffective and although he contributes handy runs it’s rarely enough to amount to a useful fantasy score. It looks like he’s slid down to #7 in the batting order now, which is enough for me to give up on him as another average import not worth investing in.

This sets up perfectly for the type of very scary fade that I love making. Hales has been on fire, and as such has learnt himself a very large price tag. I expect his ownership will still be reasonably high with the FOMO of his massive ceiling, but it only takes one error early in his innings to get a massive jump on the field. Labuschagne might be even more popular at the same price, but he at least has his bowling as a safety net if he doesn’t make runs.

Cutting gets this spot a lot in my articles, because his role is such an unknown from game to game. With Sams back he’ll likely be named at 7, but he could bat anywhere depending not he match situation. His bowling is also a total unknown, although it hasn’t been particularly effective this season. He’s only had a couple of big scores this season so the odds suggest he’s more of a fade, but it’s not an easy decision with a player that can score his points in a few different ways.