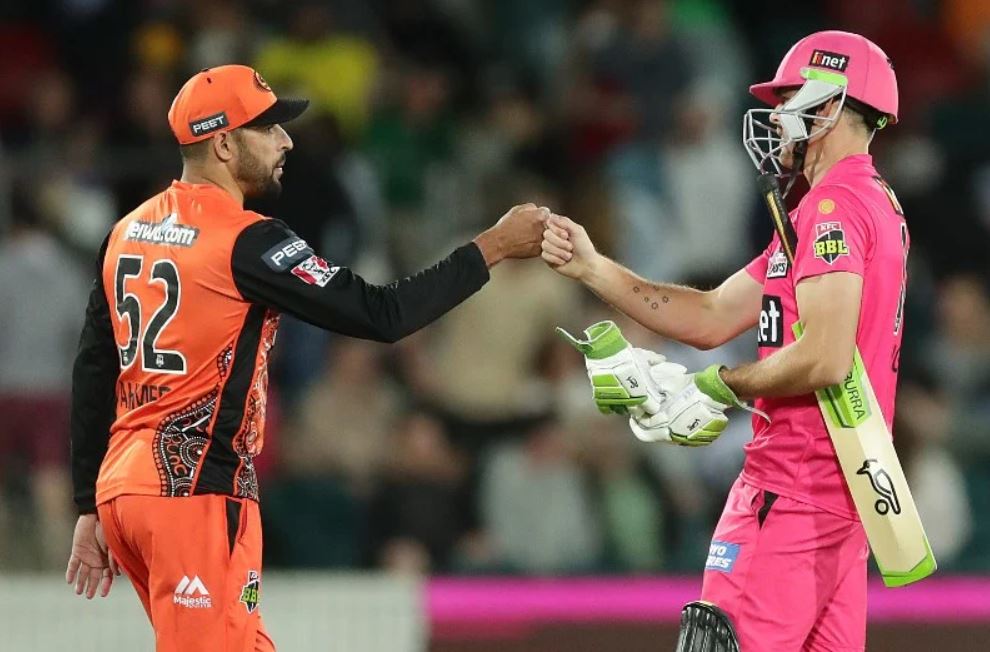 All roads lead to Manuka Oval in Canberra for the pivotal finals match in the BBL between the Sydney Sixers and the Perth Scorchers. While it is unfortunate for the Sixers to play on a neutral ground, they did however get a venue that is suitable for high scoring cricket. The winner of this match goes straight to the Grand Final next weekend. Draftstars have posted some big contests with the match scheduled at 1915 AEDT. Let’s see what we can do for fantasy.

Well Friday provided some big rainfall across the Eastern side of the country with some exceptional rainfall totals. Canberra had over 20mm up to the morning of the match. While the forecast is for clearing conditions, do not be surprised if rainfall is still coming down prior to the game on Saturday. The Scorchers are slight favourites after having an exceptional back end of the tournament but this match will be close.

In the two encounters in the tournament it was 86 run thrashing by Perth at Optus Stadium (4/183 to 97) and a revenge win by the Sixers in Canberra (3/164 18.5 overs to 7/163). The match I want to touch on was the win by the Sixers where Josh Philippe scored 84 from 52 balls along with James Vince who scored 52 from 35 balls. Somehow Carlos Brathwaite bowled 3 overs for 2 for 12 in that game. Liam Livingstone also hit 67 from 38 balls but the bowlers got smacked around in the run chase. Given the conditions I expect the batting team put up at least 170+ to be a defendable total. If this is the case then big scores from batsmen who get set are coming up.

The obsession with Mitch Starc into the Sixers side continues after coach Greg Shippard is awaiting scans on Starc’s knees. We all know he ain’t playing and if he does appear in the squad it is a mighty risk for the Sixers to take on such a small ground. They have the bowling firepower with Ben Dwarshuis and Sean Abbott and it could affect balance if Starc does actually play. Expect the same XI to play from the team that won on Australia Day in Melbourne.

The Scorcher squad has been pretty settled since the arrival of Jason Roy and Liam Livingstone. Remarkably, Joel Paris has been named X-factor 13 out of 14 games. Unlucky for Joel however, the same XI should be named for this match.

So who will be popular? A couple of candidates already stick out in Jordan Silk who was at 50% ownership and still produced a 25 ball 35 run effort against the Stars. Silk will be the chalk of the slate. Close behind will be cheap Scorchers bowlers in Jason Behrendorff and Fawad Ahmed. Both can be streaky but can produce multiple wickets here. On the flip side, Ben Dwarshuis just gets no ownership every time he plays (14% against the Stars, 21% against the Hurricanes). On the Scorchers Mitch Marsh is also on the low ownership which can be explained but still smashed a 107FP effort against the Heat. This should be a cracking fantasy contest.

You need your best players peaking for the finals and for Tye, he has come good at the right time of the season. In his previous 8 matches, Tye has scored over 60 fantasy points on 5 occasions including the last 2. Will bowl those death overs and if the Sixers desperately need runs then Tye is in the game. Love the price and the upside here.

Mr Finals… Christian has been in so many sides and taken them to many wins around the world. Do not be discouraged by Christian not bowling against the Stars in Melbourne, the Sixers attacked the first 10 overs with their frontline bowlers. Christian will be in the thick of it whether it is bowling at the death or batting for the win. 78 fantasy points without bowling in the last match.

Always a feature in the “don’t love it” column, Brathwaite was sent up the order on Australia Day to get 10 overs with the bat and barely made the end of the over. This Manuka strip is not great for back of a length bowling with its small square boundaries. With two scores only over 50 fantasy points this year, I’ll be looking elsewhere.

It is a shame that he has lost touch with the bat at the wrong time of the tournament. You want your openers coming in hot for the finals and Philippe has scored 30, 17 and 1 fantasy point in his last three matches. It is a steep salary with quality Scorchers batsmen at a cheaper price. It is a great risk but a risk too much for me.

I don’t really know why the Sixers continue with Ball, especially after being brought on as an X-factor on Tuesday. His fantasy scoring is pretty woeful but seems to be trusted by the Sixers. If he gets another go then good luck to him and who knows he may end up in the winning lineup.