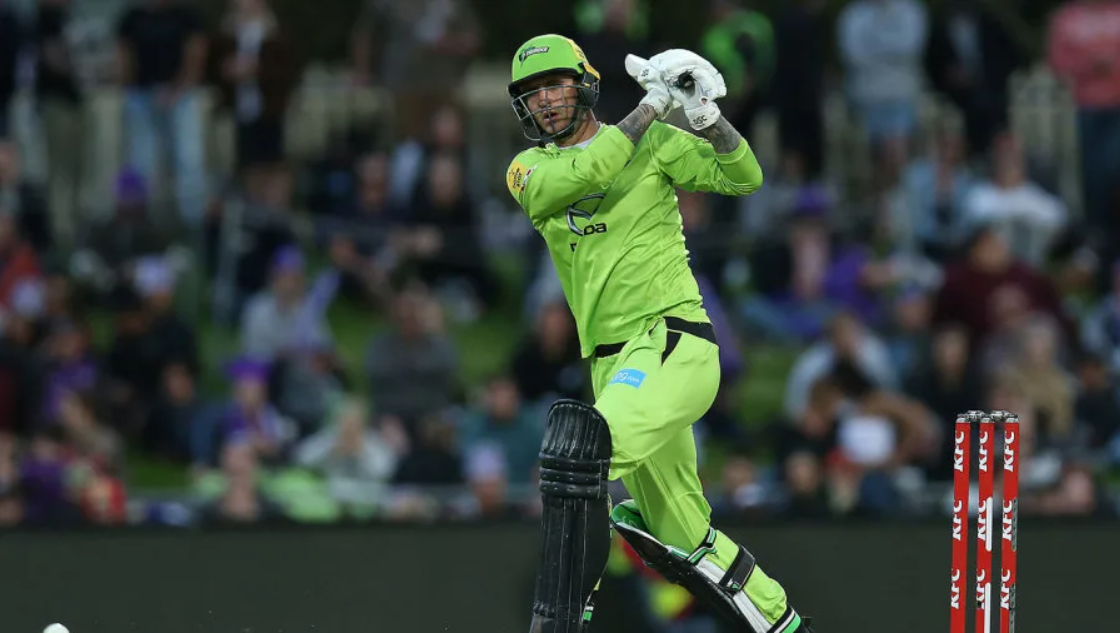 Opening weekend have come and gone, the double headers were fun, but it’s nice to just have the one slate to look at today. The Sydney Thunder take on the Brisbane Heat at Manuka Oval, and both teams lost their opening games so will be dead keen to open their accounts today.

Draftstars has another juicy $25,000 slate featuring a top prize of almost $2,500. I love the pricing for this slate, with a lot of intriguing options around the middle of the board (~15K mark). Being able to sort the wheat from the chaff amongst all these options will be the key to a top finish.

Both teams have announced squads for the match. Brisbane announced that Mujeeb Ur Rahmen will play his first game after being cleared from COVID-19. Jack Wildermuth and Mark Steketee are also back after their Australia A duty. Wildermuth fresh after his 111no against India. 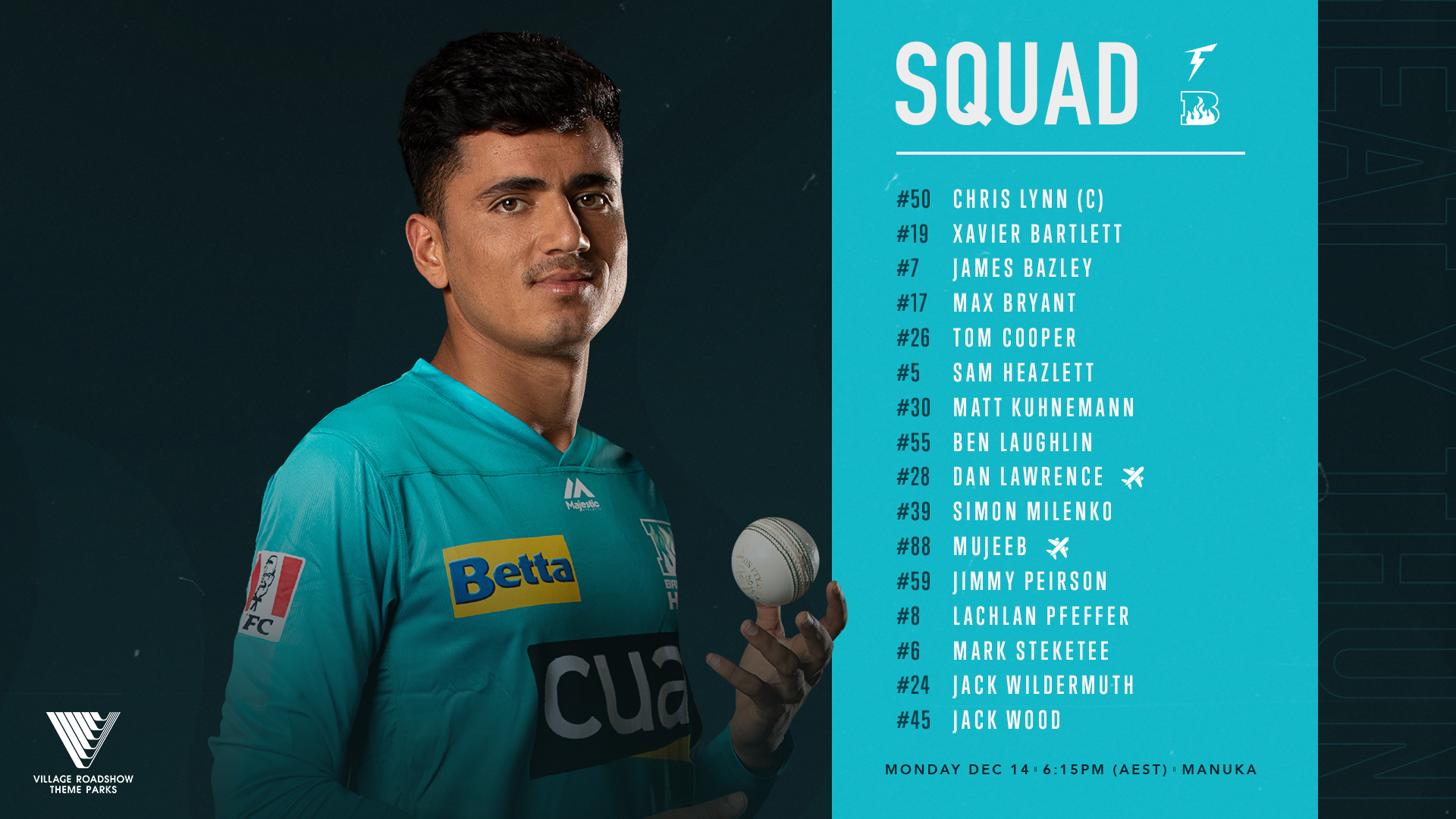 Sydney Thunder has named a 16 man squad. Thunder have indicated that while recovering from a slight hamstring strain, Adam Milne has been included in the squad.

The Thunder come in as slight favourites ($1.81), and have named a similar squad from game one. The Thunder rely heavily on one of their top 3 bats to go big, as the depth drops off quickly after that with a lot of bowling all-rounders from 5 down. Alex Hales looked in decent form in game one, Cal Ferguson was his usual polished self, and Usman Khawaja was the victim of a bad decision and is a perfectly good play today. A couple fo early wickets would present a great chance for Alex Ross to get plenty of overs at the crease and take advantage of the shorter square boundaries with his sweep-logistics ways.

The Heat have a named a squad which has me expecting at least two changes. The first is Mujeeb Ur Rahman in for the entertaining frog-in-a-blender spinner Jack Wood. That saves us having to consider Wood an easy fade at the ridiculous $17K price tag. The second is Jack Wildermuth in for Simon Milenko. Wildermuth is fresh off a century in the Aus A game, and is a prime breakout candidate for the Heat this year as a key bowler and handy hitter. He should be the chalk value play at $9,100 if he does indeed play. The Heat continue to field a promising but wildly inconsistent batting order. Anyone in the top 4 could go off, but good luck guessing who. Chris Lynn is of course the cornerstone, and despite an average start in game one I still think he’s primed for a big season. Mujeeb tends to be more of a containing than attacking bowler, but because I like spinners at Manuka I still think he should be a good play today.

The new season means we don’t have many trends to go off, but I do like the idea that the long straight boundaries and relatively shorter square boundaries at Manuka will favour spin bowling. This has been shown in the two games at the ground so far with big performances from Tanveer Sangha, Adam Zampa, Matt Kuhnemann, and a few handy contributions from other spinners.

Opening. Tick. Cheap Tick. Talented. Tick. Heazlett ticks a lot of boxes, and is a little more interesting to plug in this section than Jack Wildermuth or Tanveer Sangha who seem more like sure things. I certainly wouldn’t recommend putting Heazlett in every lineup, but I do think he makes a great complement next to Chris Lynn as long as you can find a unique play or two elsewhere in your lineup (Ben Laughling or Alex Ross perhaps?).

What a cricketer. After getting taken to the cleaners in his first couple of overs, he bounced back with a couple of nice wickets and some good work in the field. He’s a good chance for an economy bonus more often than not, and he can chip in with some handy runs if the Thunder top order isn’t getting the job done. I like Green a lot today. Tanveer Sangha also looks to be a great play at a still cheap price, the kid can play. Just beware, he’ll be very highly owned.

Cutting failed to bowl in game one, and given this game is at the same ground and with the same team balance I doubt that he’ll get a go in this game either. This limits him to a pinch-hitting number 5 or 6 batsman, and while we know how damaging he can be in this role, he’s just far too expensive. I give him no more than a 10% chance of scoring the kind fo runs he’d need to pay off this price tag, so I’m happy to fade him entirely and hope for 30%+ ownership.

I don’t feel great about choosing Hales here, but I really do think there is a lot of intriguing options in the middle of the board on this slate, and even with the like of Wildermuth, Heazlett and Sangha as good value plays, I find it hard to fit Hales in to many lineups. I can’t see any good reason that he won’t go well (apart from the sizzling start from Xavier Bartlett in game one), but I don’t think there is a big chance that he lands int he winning lineup at that price.

Lawrence features in this spot again for me, after showing enough to know that he’s a very unconventional cricketer in his first outing, but being brought undone by a direct hit from he rocket arm of Hilton Cartwright before he could get going. He’s certainly cheap enough, and batting at 4 and bowling a couple of overs of ugly offies is always a great recipe for fantasy success. I’m not sure if he’s good enough for the level, but I do think he’s worth another shot.