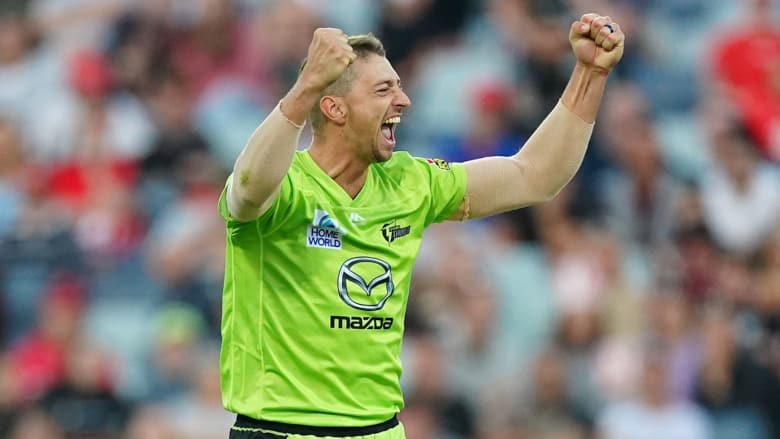 Ahhh Boxing Day… Hangovers, broken toys, leftover food and wall to wall sports action. In a jam packed schedule that includes the Boxing Day Test, the BBL has scheduled a double header straight after the close of play in the Test. The Sydney Thunder (2-1) and the Melbourne Renegades (1-2) are at Manuka Oval with the match scheduled for 1810 AEDT.

After a big day of NBA and NFL in the morning, Draftstars have posted a $20,000 prize pool for this match. Currently Canberra has a slight chance of a Shower/Thunderstorm but like on Tuesday night the chances of a full game are very good. Currently the Renegades are slight favourites but I would suggest this match is a coin flip.

Speaking of Tuesday night, that Scorchers/Thunder game was a bit of a quirk with no bowlers claiming 2 wickets or more and the top order for both sides struggling to apply early pressure. Is it the season of the middle order? As we know by now, Manuka is a fast pitch with short boundaries on either side but long down the wicket. Anyone who loves pulling/cutting the ball will get value for their shots.

The Thunder played particularly well on Tuesday night chasing down the 152 target. The Bowlers strangled the top order for 36 runs and 3 wickets after 6 overs and apart from some hairy moments early (Alex Hales has two Golden Ducks in a row), Callum Ferguson, Ben Cutting and an impressive debut by Oliver Davies got the job done. Expect these three to be super popular in this match.

Sam Billings will clear quarantine for this match meaning outside of Alex Ross who did not play on Tuesday, the full squad is available for selection. If selected we should see Billings pop around the middle order after Ferguson/Davies. For those who do not know who Sam Billings is, Billings is a English middle order batsman who ditched the gloves to work on his batting. Billings played exceptionally well in the One-Day series in England earlier this year, scoring 118 and 57 when batting at 6.

The Renegades have had a small break with the last match down in Hobart on Saturday last week (lost to the Hurricanes by 6 wickets). Aaron Finch was given a rest from the Hobart game but will line up for the team in Red. No players were caught in the border drama so expect the ‘Gades to have the majority of their squad available for selection. Pakistan international Imad Wasim joins the Renegades after a stint with the national team in New Zealand. Wasim bowls left arm orthodox and floats in the batting order around 5-7 for Pakistan. If selected, expect Wasim to play the same role but likely to bat under Mohammad Nabi and bowl 2-4 overs.

The Renegades released their 18-man squad on Boxing Day morning. Noor Ahmed cannot play due to 3 internationals been selected in the predicted XI. 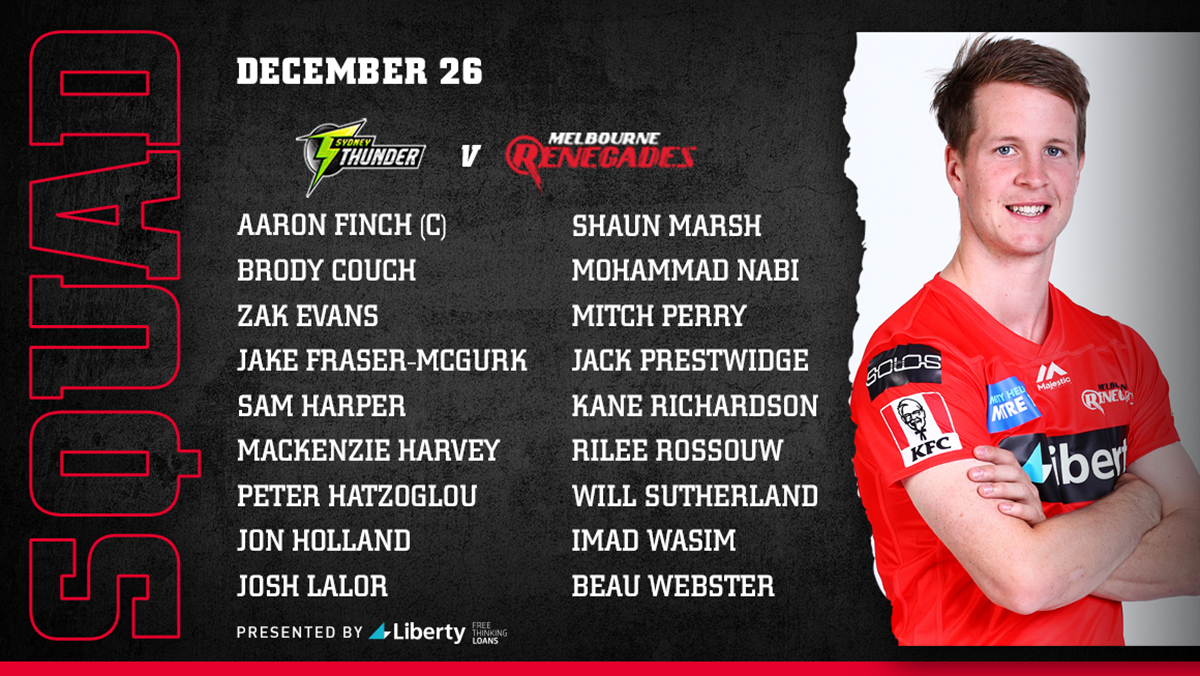 This is now the part of the tournament that squads become stronger with international talent and the salaries on Draftstars becoming tougher to extract value. With Will Sutherland likely the cheapest player on the slate, many teams will be rostering players such as Oliver Davies, Rilee Rossouw and Noor Ahmed to make their teams work. Do not be too disheartened as these 4 players are quite acceptable on the slate.

Pretty much anyone who watched the Thunder against the Scorchers would have been impressed by his debut. Doesn’t mind hitting a big ball and is really the first “rookie” to show his talent in the tournament. Usually second up after a big first game is hard to back up and another query is whether or not Sam Billings bats in front of him. If he does slide the 5 I wouldn’t be going chips in but as mentioned, not much value in this slate.

Early swing has been the key weapon of bowling sides in this tournament and I want to have exposure to bowlers who can swing the ball in the first 2-4 overs. 5 wickets so far but his economy is a question mark (Going over 10+ so far) so it is a risk, especially if the Thunder get off to a solid start. But with Hales out of form and Khawaja not an explosive batsman, I’ll take my chances here with Lalor.

I want to see what the Renegades do with Wasim and where he fits in the Renegades plans. Mohammad Nabi has long established the spinning all-rounder role and Wasim essentially does this for Pakistan. Plus that $16K price tag is a bit too much for an unknown role.

I’ve gone full circle with Green after liking him at the start of the tournament and now wanting to avoid him. Look I won’t put it down to his revised bowling action but he just doesn’t look dangerous with the ball now. Bit of a worry for the Thunder as they signed Green to 6 years last year. Only bowled 1 over against the Scorchers and his record at Manuka is not great reading through 3 games (3 wickets at 10+ economy).

Finch has had a freshen up after a leave of absence from the team and will be looking to lead his team for the rest of the tournament. Finch will be popular as not many will select Hales at the same salary. Not sure how Finch goes at Manuka as he does like hitting the ball straight down the ground but his 75 and 35 run efforts against India in the One Day series suggest otherwise.