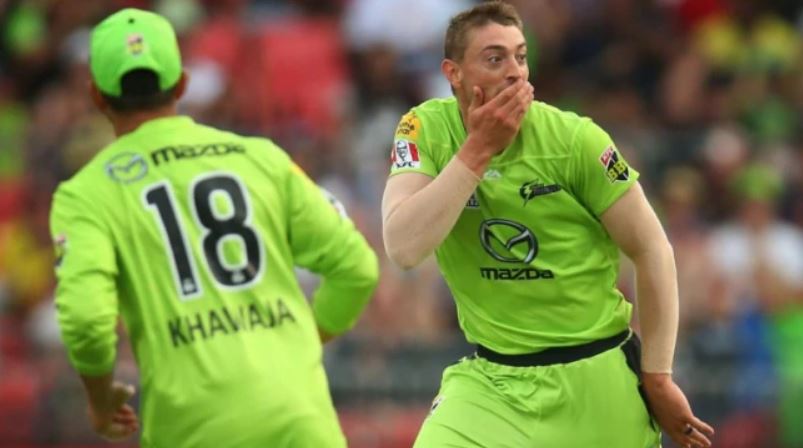 Match 12 of the BBL10 sees the Sydney Thunder (1-1) host the Perth Scorchers (0-1-1) in another match at Manuka Oval in Canberra. The Thunder get a nice little period in Canberra this week with another match on Boxing Day and on Tuesday next week. This match is only on Foxtel/Kayo so do not be disappointed if you flick to Channel 7 and the game is not there.

Draftstars have been posting huge tournaments to start the season and for this match a $25,000 contest for a $15 entry is available. Also available is a $2,000 Mini and the mass entry $500 micro contest is also available. It is fantastic that we have these huge pools over the summer!

The Thunder do find themselves as slight underdogs in this match with the Scorchers on a track that has improved for batting as the tournament has progressed. Manuka currently has an average of 14 wickets per match and the chasing side has won 2 out of the 3 matches so far. The weather forecast in Canberra looks to be ok with the majority of the predicted rainfall to occur in the morning after falls the night before.

We haven’t seen the Thunder in over a week now and the talk from the camp is that import signing Adam Milne is right to go on Tuesday night. Milne has missed the opening matches of the tournament due to a hamstring injury which has been on-trend for the injury prone quick. Alex Ross however pulled up lame last Saturday week but has been named in the squad for Tuesday nights match. In fact all 18 players that are on the Thunder list outside of Sam Billings have been named for selection… Bit ridiculous wouldn’t you think?

For the Scorchers, rain in Launceston ruined any chances of a win on Wednesday night and will be looking to get some consistency amongst the team. After a shaky start with Josh Inglis failing for the second time in a row, Colin Munro and Joe Clarke accelerated the scoring along with some power hitting from Ashton Turner who smacked 5 maximums. We didn’t get to see the Perth bowling attack for long but Jhye Richardson is still looking dangerous. As for squad changes, Ashton Agar is still a week or 2 away from returning to the side and English imports Liam Livingstone and Jason Roy are days away from clearing quarantine. Jason Berhendorff is back with the squad after the birth of their new child.

If the Scorchers are serious in being a contender this season then they need to defeat opponents who are friendless in the futures markets. Lining the two squads together shows that the Scorchers have the superior bowling attack with the likes of Jhye Richardson, Andrew Tye and Fawad Ahmed at their disposal and we saw the flexibility and power hitting of the Scorchers top 6 in Launceston. However the Thunder are a plucky T20 side with experienced players in Usman Khawaja, Alex Hales, Ben Cutting, Callum Ferguson and Daniel Sams. However the bottom 4-5 players especially in the bowling department might hold back this side so I am keen on the Scorchers here. I am going to rely on the Scorchers and look to get into their ceiling capable players, especially in their bowling attack.

What you didn’t see from Richardson is his 2nd match statistics on Draftstars was a 1 for none after 1 ball after rain forced the Launceston match to be abandoned. Once again I really like him in this spot and he doesn’t have a bad record against the Thunder. 4 overs for 24 runs and 3 overs, 1 wicket for 13 were his figures in BBL09 against the team in Green. While he is one of the most expensive players on the slate, the last time he either failed to get a wicket or hit the economy bonus was the 5th of January earlier this year. That spans 8 matches...

Speaking of high priced options on this slate, someone at Draftstars has been doing their research and looked at Hales’ history against the Scorchers. In BBL09 Hales hit 85 off 59 balls (122FP) and 47 off 25 balls (95FP with 2 catches) so they have jacked up the price. I don’t blame them. That 1st ball duck last game against the Heat will scare many away including the 20K+ price tag. But if you can make it work with some value options, Hales has the ability to be the highest scoring player on the slate.

Coach Adam Voges is on the record saying, “He's had a couple of bowls here in Canberra but it's unlikely he'll be ready to bowl tomorrow night. We'll continue to build him up. If it's not in Adelaide, it'll certainly be in Perth.” More than enough to fade him at this high price tag. Needs a big innings at 4 to be relevant. Coming off a pretty ordinary LBW decision for a golden duck too. Let’s hope the price tag falls in the next couple of games to strike.

Probably going to look pretty stupid if the big Dorff gets them to swing first up and takes an early wicket, but watch the field pile into Behrendorff at that cheap price tag. I am taking a risk and avoiding him here. Only seen him once so far with a 4 over spell going for 34 against the Renegades.

Could we see another 5x boundary clearing effort from Launceston at Manuka? That UTAS game didin’t count for fantasy purposes and that has kept his Draftstars salary to a manageable $13K. I would really like Turner to bowl an over or two but I don’t know if that would be the case against this Thunder outfit. Worth a shot at $13K but I’ll probably limit my expectations here.