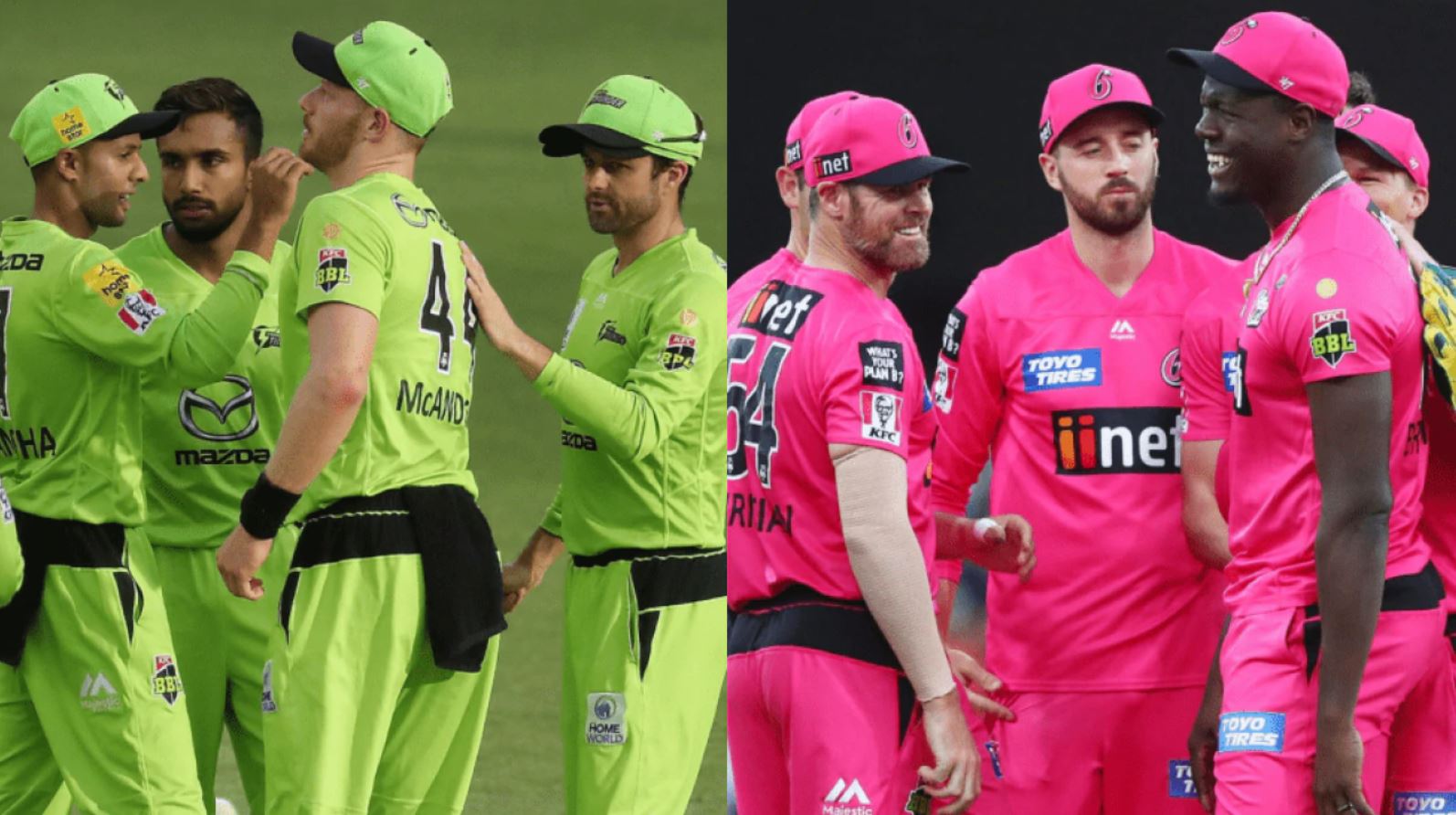 The first edition of this year’s Sydney Smash is Match 38 of the Big Bash, it is just rather unfortunate that the COVID restrictions means the game is in Canberra. But for those who just want a good game on a small ground then Wednesday night’s game could be up your alley. It is the top of the table clash with the winner getting a firm grip of top position. The match is scheduled at the regular time of 1915 AEDT.

The Thunder get to go back on “2nd home” territory after having a successful stint at the ground while for the Sixers, the forever journey of travelling around the country continues. Quite a warm day greets Canberra on Wednesday with no threat of rain and the markets have a slight lean to the Thunder to win this one. Manuka has been a batsmen's dream, especially for the Thunder after posting back to back 200+ totals at the ground. The Thunder had won their last 4 matches at the ground.

Draftstars continue to provide Daily Fantasy contests for every match of the BBL and this Wednesday night a $25,000+ contest is available along with micro, mini and stakes contests.

For those who like to look at previous history the last time these two teams met was in a wet game at the showgrounds in BBL09. Thunder won the match after scoring 28 runs… So you will need to look at more recent data for clues. The Thunder’s top 3 of Alex Hales, Usman Khawaja and Callum Ferguson are in the top 12 for all batsmen for runs this season then add in Tanveer Sangha, Chris Green and Nathan McAndrew who are top 12 for bowling, so this Thunder outfit is pretty strong. Even Brendan “Doggy-Dog” Doggett snared 4 wickets in their last game. News from the Thunder camp is that Daniel Sams is ready for selection after a couple games with concussion. This throws up a bit of a selection conundrum as every time a player has come into the side (Davies, Ross, Doggett etc) they have performed very well. All 19 players on the squad are available for selection.

For the Sixers, a last start win against the Heat was more than welcome after a loss to the Scorchers in Perth. Carlos Brathwaite took 4 wickets remarkably and Dan Christian smacked 61 off 38 to see the Sixers home. The only query this Sixers team has is the availability of Ben Dwarshuis after being out of the Heat game due to injury. However the Sixers have named him in the 18 man squad for this match. I don’t expect him to play on Wednesday night.

Tough slate this one with established stars to go along with their established salaries. The lower end has become cheaper so you will have a couple of these pieces in your builds. I am looking to target batsmen from the team who bats first as the Thunder have seemed to enjoy batting first at Manuka.

If selected, Ross is almost an essential piece of your side if you are looking to roster Alex Hales or Dan Christian. A 44 off 33 ball performance against the Hurricanes was pretty much soured when he suffered a Diamond Duck against the Scorchers. None the less, expect every Thunder or Sixers batsman to go over 120% strike rate on this surface that has been conducive for runs and Ross is the cheapest. If not selected then move up to Jordan Silk at $9,800.

After two failures with the bat in a row (5 and 37 fantasy points) there is no better way to get back into form by playing in Canberra. The small square of the wicket boundaries will suit Philippe’s ability to pull the ball and we should see a reduction in ownership from his last match (over 35%). Really like him in this spot. The only query here is Philippe has not played a Big Bash match at this ground before.

Purely on price alone is the thing I do not like about Dan Christian here. Great innings the other night and while his bowling has gone off (79 runs off his 7 overs in his last two games) that 20K+ price tag will scare a few including myself off. On a ground that is a graveyard for bowlers economy I will be avoiding him in this spot.

Ball was the beneficiary of some cheap junk time wickets at Metricon on Sunday night. Was not called upon to bowl until the 14th over and then took two wickets in the 20th when the game was done. Bird up front, Brathwaite and Christian in the middle and death and spinners in between, I can’t see Ball being used either in power play overs or at the death.

After a huge 172.5 fantasy point effort against the Scorchers it would be very easy to include Billings in your lineups at Manuka. It would be an attractive piece if moved up to 4 in the order but Billings is built for late overs. But with Sams and Cutting providing power hitting at the end this could limit Billings time in the middle. Tough one here but still very relevant.