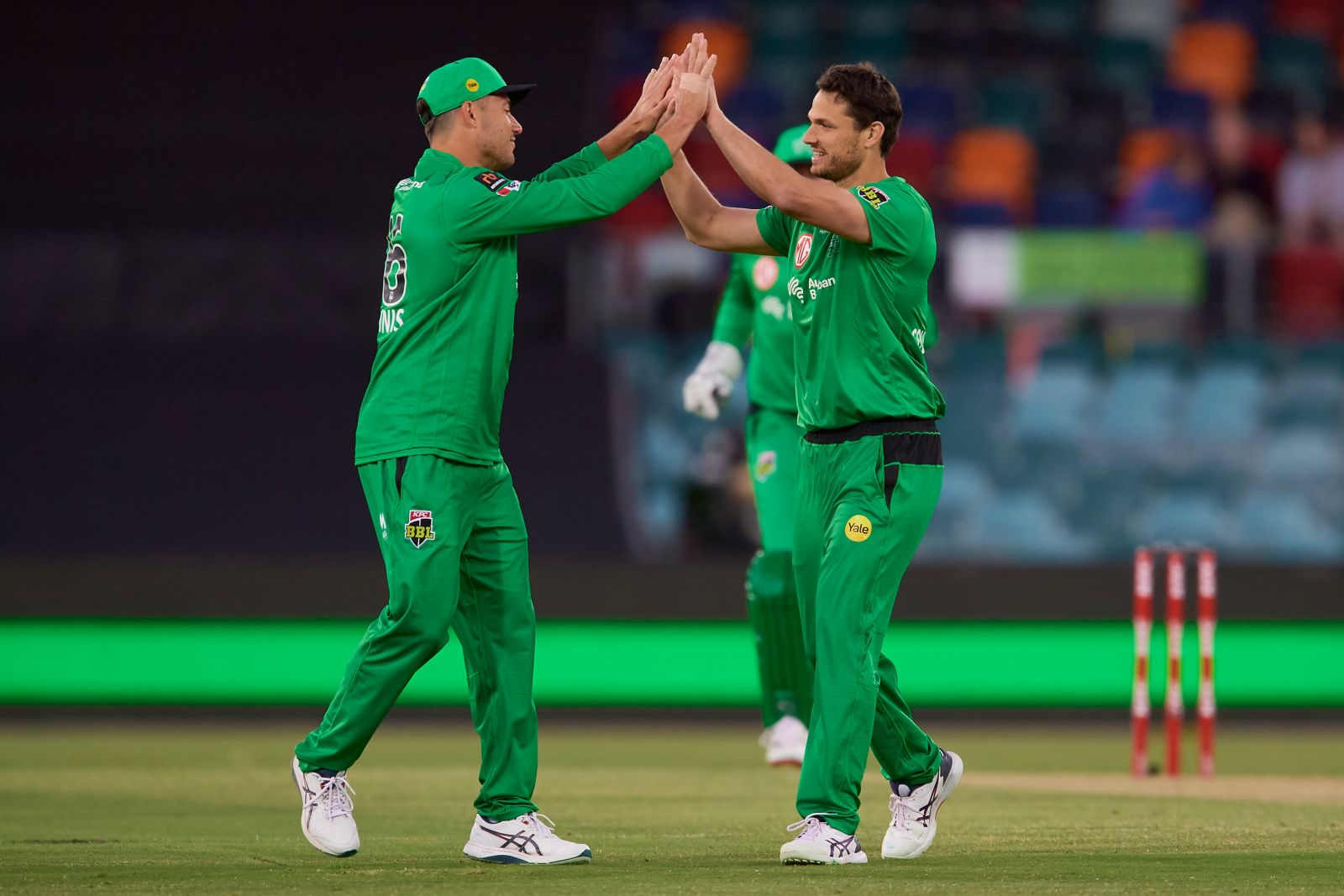 The BBL10 season is underway and so comes the double header weekends! It is a shame we don’t get to play the multi game slates but “no biggie” as we have back to back action to start with. Let’s cover the first match of Saturday’s doubleheader which is Game 3 with the Melbourne Stars backing up from Friday night taking on the Sydney Thunder at Manuka Oval. Take note of the starting time which is 1605 AEDT on Saturday.

With the quick turnaround, expect the Stars to have all the intel on the Manuka Oval deck and how to play the conditions while the Thunder will be looking to get off to a good start at their “2nd home”.

Cool and cloudy conditions face the players in Canberra and currently the Stars are according to the bookmakers the shortest favourite so far in the tournament. Manuka Oval as we saw in the recent ODI/T20 series against India is a fast deck with plenty of runs for both sides.

The Thunder come into the tournament after a giant killing finals run in BBL09 knocking off the Hurricanes and Strikers. However the off season movements have been minimal. Ben Cutting, Sam Billings and Adam Milne are the additions to the squad with Chris Morris the only “fashionable” player to leave the franchise. So they come in with a very settled squad and one that should see play night in night out throughout the season.

The Thunder on Friday afternoon announced a 17 man squad with only Jason Sangha unavailable due to a hamstring injury. So the list includes:

I don’t expect the Stars to change their side after their absolute dominant display against what must be said is a pretty weak Heat side. The Thunder will be a bigger test as they are a more settled side with experienced heads in the squad. It will be very easy to roster Stars heavy sides but I do like the Thunder to take this game deep. A more balanced approach would be appropriate here.

Fair to say Khawaja was overshadowed by his fellow Thunder opener in Alex Hales in BBL09. Only scored over 35 fantasy points in the tournament on three occasions (95/75/90) but has come out in the media this week saying Canberra is his second home and loves it here. At this price I do like it more of a risk than a safe play and with Maxwell, Hales, Stoinis and Zampa much more expensive than Khawaja’s mid range salary.

The NZ quick opted out of playing in New Zealand to join the Thunder to send down 150Km/h Thunderbolts and is pretty excited to be fit for the tournament. He is injury prone but that doesn’t matter in the daily fantasy format. 116 wickets at 22.32 average with an economy rate of 7.65 is his overall T20 figures and I expect that $12.7K salary is too cheap to start with.

If you are researching scorecards (which obviously I have done here) then Hales’ recent record is really nothing to be excited about. Has not passed 50 runs in the 11 matches of the T20 Blast in England and made a small cameo in Pakistan prior to BBL10. That cameo only produced 33 runs in two games. However as we saw last year, Hales was the 2nd highest run scorer with 576 runs at 38.7 so do not discount.

No real surprise here with Stoinis under an injury cloud that will probably limit the “oil rig” to batting only. This is nothing new for Stoinis but his ability to score runs at an excellent strike rate has to be respected after his BBL09. As we saw with D’Arcy Short on night one (both getting out 2nd ball for a duck), a failure means a waste of a $20K salary.

It is good to see Green back in the BBL after his non-compliant bowling action ruining his BBL09. Green may not give much in terms of spin or turn but his accuracy gives him enough weapons to keep scoring down and that pressure brings wickets. However the slow surface of his home ground of the Showgrounds is nothing like at Manuka. So I am not so sure with an impressive batting lineup which includes Stoinis and Maxwell that this matchup is not ideal.