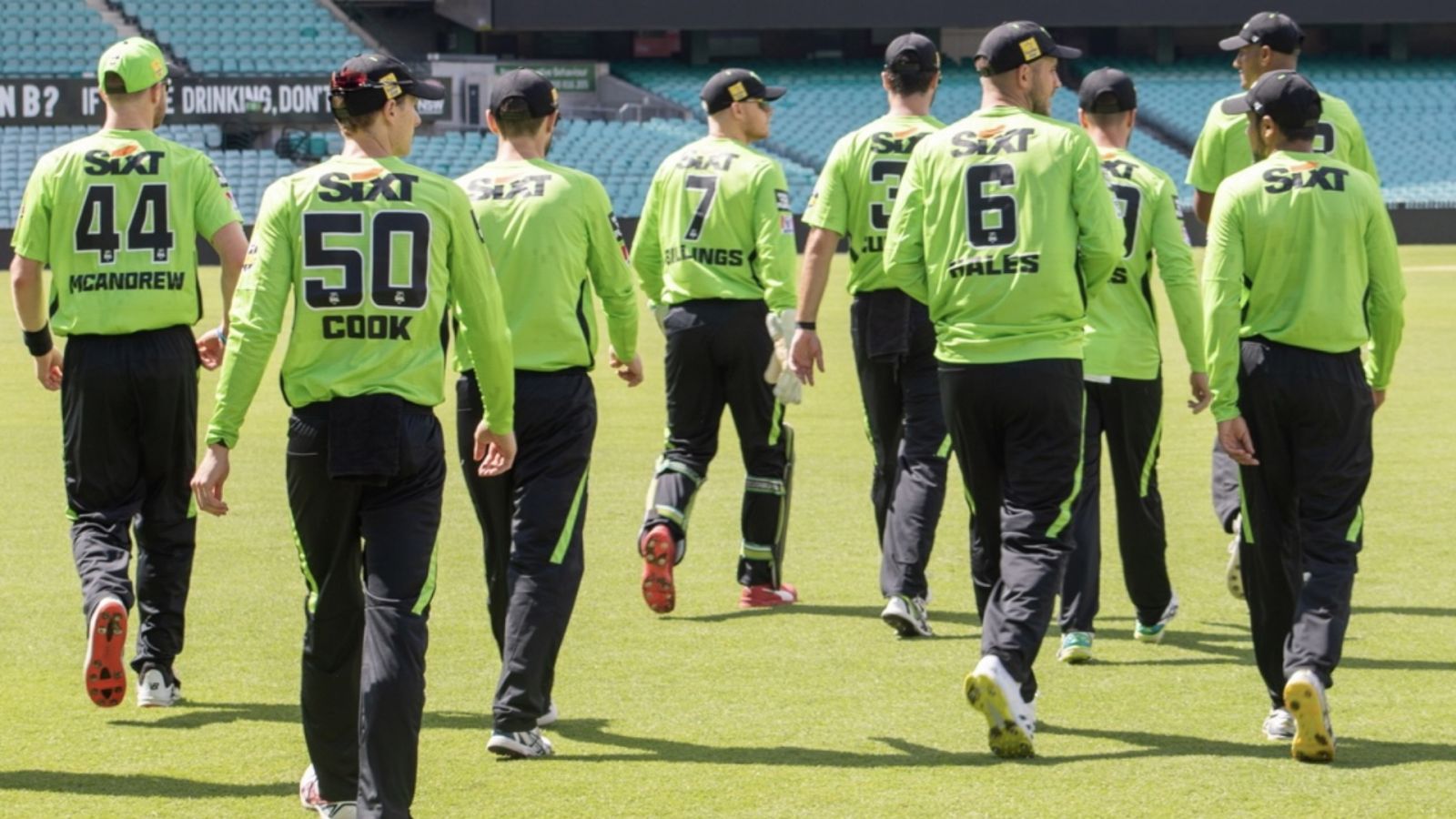 The excitement of the opening night is now behind us, and we can settle into the grind of cricket every night for almost two months. We move to Canberra who will host the Sydney Thunder for only the two games this season after the massive number of games in BBL10. The Brisbane Heat will travel to Manuka ironically just like last year where they played Game 2 of BBL10 in Canberra. Canberra’s weather looks ok but a forecast for slight chance of a shower in the evening may need a check at game time.

Draftstars are back with a $30,000 prize pool along with the Mini, Micro and the High Roller as well. So, let’s get stuck into this one.

Join Smatho tonight on Twitter Spaces at 1830 AEDT as we discuss the Bat Flip result, the final teams and strategies before lock! Jump on the Twitter app and join in the conversation!

Also NEW on DFR! Join @smatho10 live tonight just before the #BBL11 Bat Flip between the Thunder and Heat.

Talking teams & strategy for your @DraftstarsAU teams. Tune in and have your say/brag on tonight's contest!!

Manuka was used extensively in BBL10, and the Thunder did have much success winning 4 out of 5 before Christmas last season and eclipsing 200+ in two of those wins. They also chased down 180 when Daniel Sams pogoed them for 65 off 25 balls. The smallish nature of the ground will see a potential of 170+ on the cards in the first innings. Out of the 12 games at the venue last season, only three teams lost all 10 wickets.

The travelling side have signed an extraordinary number of players to the Heat squad with 23 at last count. International duty and large number of injuries have made the Heat look quite different yet still have two of the world’s best T20 players in the aging Chris Lynn and “spinner” Mujeeb Ur Rahman on the roster. There is a bit of buzz for captain Jimmy Peirson who has been slaying them for Queensland in the Shield. Centuries against South Australia and Tasmania has the pundits believing that he can lead the Heat to a finals birth. Only a 14-man squad has come to the ACT with veteran Tom Cooper an extraordinary call up after a year on the pine for the Heat. It is a fairly inexperienced bowling attack outside of Mujeeb and Jack Wildermuth but watch for Xavier Bartlett to bowl more than one over in this match. I hope he is up for four overs…

The Thunder don’t seem to turn many over on the roster with Alex Hales returning to lead the batting attack along with Daniel Sams with the new pill. But the Thunder do lose Callum Ferguson to the comms box and speedster Adam Milne. However, the Thunder will be rolling a new top three with a new opening batter to go with Hales and a new number three as well. Whether that is recent signing in Sam Whiteman or Matthew Gilkes will remain to be seen but they do represent value on Draftstars. Sam Billings returns for the Thunder and will occupy the middle order before “Sweepologist” Alex Ross anchors the big hitters in Ben Cutting and Daniel Sams. Chris Green nude nuts continue for the Thunder whilst pace is going to be served via Gurinder Sandhu and Nathan McAndrew.

Should be a closer game than last night (big call I know), but as the markets suggest, you can make cases for both teams winning this match.

The Western Australian was a late replacement signing for the Thunder is very likely to open the batting in the absence of Usman Khawaja. Whiteman’s form lines are great with a huge hundred in the WA Premier Grade (187no) along with runs in the Shield and Marsh Cup. He has the pedigree from his days at the Scorchers and should complement Hales or become ‘Alpha’ if Hales is dismissed early.

Available as an All-Rounder on Draftstars, Sams is my preferred pay up option here after missing out on international games in the T20 World Cup. In a recent practice match against the Sixers, Sams smacked 66 off 27 balls so he is seeing them well back in Australia. Follow that up with NSW Grade T20 games where he complied a nonchalant 92 off 41 balls. Sams is going to be an extremely popular play with just enough value from either team to make it work.

I thought age will catch up with a few of these players in the league this season, but obviously Steve O’Keefe didn’t get that memo on Sunday night, but I am believer that the end is nigh for Lynn. Of course, the league’s record holder for sixes commands respect in fantasy but that high salary and a tenancy to be hidden in the field means he needs a big innings to be relevant.

The Heat skipper comes in with some big wraps from his teammates and pundits alike but he needs to be higher up the order to be fantasy relevant. Likely to bat 6 and could possibly be pushed to 7 if the Heat promote Bazley for quick runs. A glance at BBL10 shows 12 games under 25 fantasy points out of 15. Let others buy into the hype.

We have seen over the past couple of seasons that Bryant has loads of potential on the BBL stage. Yet in BBL10, Bryant consistently got a start and was dismissed in the 20’s and 30’s (8 occasions) all through catches to the fieldsman. A new season brings a new opportunity and with Chris Lynn back at the top of the order, we may see a more “enhanced” Bryant who may want to face 30+ balls and create a big innings. 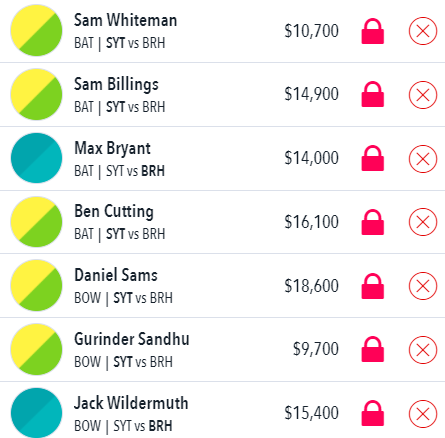