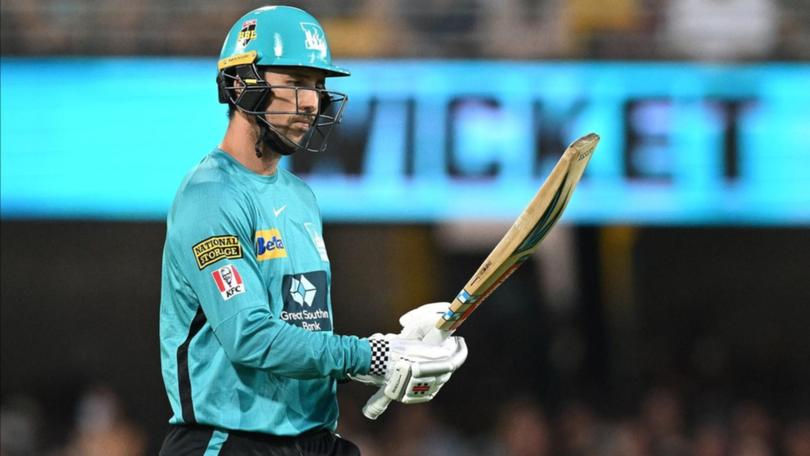 Brisbane Heat and the Hobart Hurricanes collide in the second match of the Saturday BBL11 double header. Two teams that are flailing a little in their Big Bash campaigns, so a vital match for the finals chances of both teams. The action kicks off at 8:30pm AEDT (7:30pm local) at the Gabba.

Draftstars continue to provide great value for their BBL fantasy contests with $20,000 guaranteed up for grabs along with a supporting range of high roller, micro and mini contests.

The Heat took a grade-level team down to Geelong to take on the Renegades last match and were outmatched by the worst team in the BBL competition. Jake Lehmann returned to the BBL and made a solid 65 (52) - remarkably, his highest ever BBL score. However with eight debutants in the side, Lehmann didn’t get a lot of help. Tom Cooper and Sam Heazlett were the only other regular batsmen in the side, and they both failed. If the teams line up similarly here, then these two simply have to make runs for the Heat to be competitive. Pakistani Fakhar Zaman played his first game in the BBL and also fell cheaply, so look to him to bounce back as well.

With the ball, David Grant did well with 3-20 from his 4 overs, but it’s clear that this side doesn’t have the bowling depth to challenge any teams. However you will find plenty of cheap choices on the Heat side to give you the budget to take some premium options in your Draftstars fantasy side.

The Hurricanes are hurting right now after two really poor losses against lowly teams. They were awful against the Heat and backed that up with a woeful performance against the bottom-placed Strikers. Surely they won’t accept another bad showing here.

Is it a case of no Ben McDermott, no Cane train? It seems that way, with his big innings’ corresponding with success, and his failures ending in a loss. Matthew Wade is a notable absentee from the announced squad, citing personal reasons. This will put more pressure on D’Arcy Short to turn his form around. He top-scored with 32 last match but his strike rate was again just a run-a-ball, and he just doesn’t seem to have the intent to score quickly this season. Perhaps being thrust back into the opening position will be what he needs. With English imports in Harry Brook and Jordan Thompson isolating for Covid, there’s opportunity in the middle order, but outside of Tim David, it’s hard to see where that support will come from.

The bowling lineup is the biggest worry for the Hurricanes with Nathan Ellis, Jordan Thompson, Josh Kann, Joel Paris and Scott Boland all out of the side for various reasons. Even more concerning is that Riley Meredith only bowled one over before going off with an unknown injury complaint. It’s uncertain if Meredith will be available for this match or not with the Canes quite coy about his condition, however he has been named in the squad. Gabe Bell and young Queensland fast bowler Will Sanders have been added to the squad and one of them may get a run. They were already struggling for bowling depth, so a lot will fall onto Tom Rogers and Sandeep Lamichhane as the only recognised bowlers. Mitch Owen might have to chip in, while we can expect D’Arcy Short and Tim David to again bowl overs which is always a boost to fantasy scoring.

This is a great price for an international level player in a team full of grade cricketers. Fakhar Zaman didn’t offer much in his first game but happy to back him to bounce back here. Batting at number three and against a weakened Hurricanes bowling attack, this feels like a great spot for the Fakhar!

With Matthew Wade out of the side, I expect Caleb Jewell to assume a spot in the top three in the order. Jewell didn’t do much wrong in the first two games of the season, but was quickly bumped for the under-performing Harry Brook. Jewell gets his chance again here against a poor bowling attack. At grade level, Jewell has been smoking them for several seasons, so this might be his chance to make an impact on the BBL.

Tom Cooper is lucky to be getting a game, let alone finding himself captain. With just 80 runs for the season, I just can’t be backing him to make a big one. You used to get some value with Cooper when he bowled, but his only over the other night went for 15 runs. No thanks.

David Grant has jumped up huge in price following his strong performance against the Renegades. Grant may be a step above some of his teammates but he’s still a fair way off true BBL levels. I don’t really want to pay up for someone so inexperienced, when I can go with one of the other new Heat bowlers at minimum price and save a good chunk of my budget.

Player of the BBL11 season so far, but Ben McDermott has failed miserably in his last couple of appearances to leave fantasy coaches dismayed. At the premium price tag, you need a big score from McDermott to justify it. However, the plus this match is that he’ll take the keeping gloves with Matthew Wade missing, so that might add a few cheap points. Do you risk him or not? 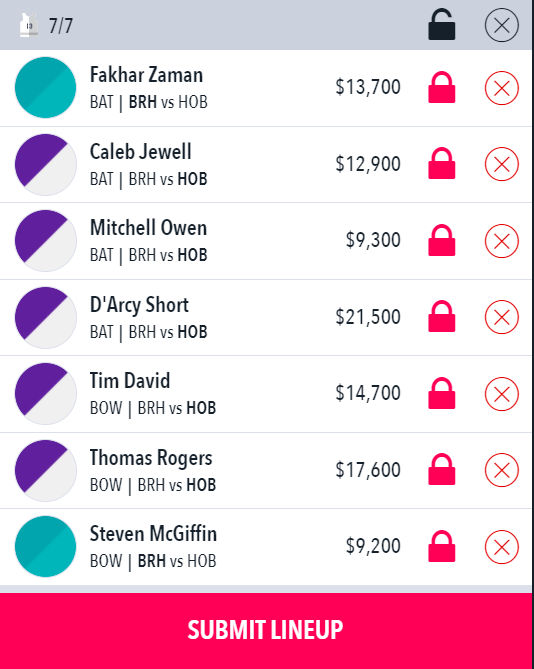