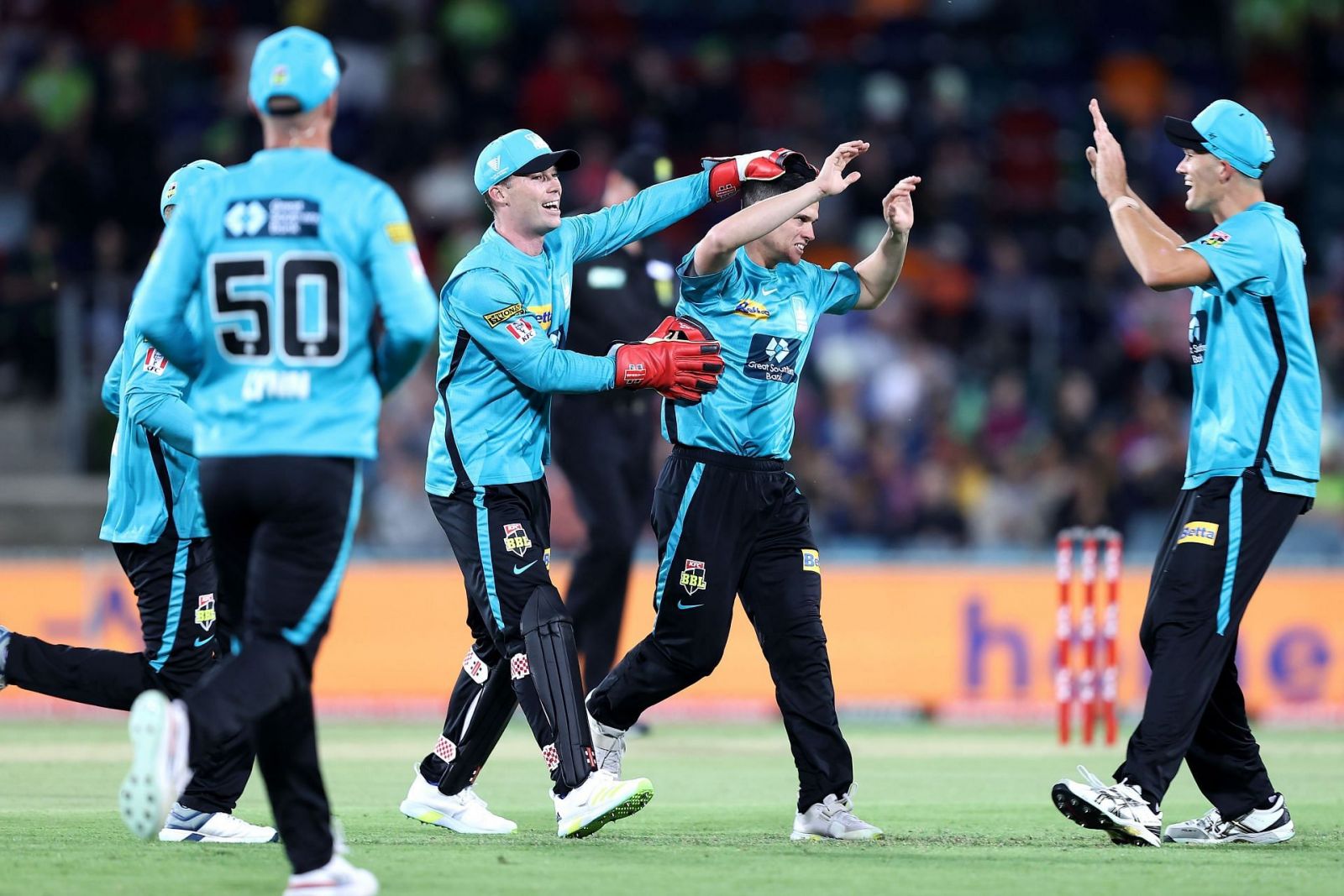 After few days off for the day-night test, the Big Bash kicks back into gear tonight for a mini-run into Christmas. The Brisbane Heat (1-2) are playing host to the Sydney Thunder (1-2) at the Gabba, with both teams looking to stay away from the bottom of the table. The Brisbane weather looks perfect for this one.

The Heat come in as $2.14 outsiders, having already lost their season opener to the Thunder by 7 wickets. As always, the team looks explosive at the top of the order with Lynn, Bryant & Duckett all potentially able to take a game away quickly. The bowling is also led by a couple of stars in Swepson and Mujeeb. Both units then drop away into mediocrity, and the consistency of the batting unit as a whole is a big issue for the team.

The Thunder have endured a couple of disappointing losses but do look the better team on paper in this one. The bowling unit is strong across the board by Big Bash standards and may be strengthened if English international Mahmood comes in for someone like Sandhu tonight. They bat deep, but the contributions of the top 3 have been an issue so far, failing to give the batting innings a strong start. Alex Hales is the clear solution to that, and if he replicates his previous BBL seasons from this point the team will be much harder to beat.

He’s off to a slow start this season, and it’s honestly been a few years since we’ve seen his best stuff thanks to a number of injuries. Still, Whiteman showed some strong form in the longer forms of the game before the BBL and is getting all the opportunity opening the batting. At some point he’ll make some runs, and at this price it doesn’t even need to be all that many to pay off. Too cheap. UPDATE: Whiteman has been dropped for the Thunder for this match. Jason Sangha replaces and is more than capable at number 3.

Another Thunder player that hasn’t done much this season, Green has a long track record of being very handy in this format. It’s true that his role has been diminished somewhat by the emergence of Tanveer Sangha and the likes of Sams and Cutting being above him in the batting order, but he’s still very capable of knocking out 30+ points more often than not. That presents as a nice cheap value option that could still be low-owned thanks to the trio of low scores he’s put up so far.

My opposition to Swepson is mainly based on the options around him. He’s a good bowler and could hit the jackpot, but all of Mujeeb, Cutting & Sams have superior scoring pedigree and it will be hard to fit more than one of them in. If he ends up being massively low-owned then it could end up being a nice contrarian play, but most of the time he is losing out to one fo the other players in this price range.

I think Heazlett is a very similar cricketer to Whiteman, but one that has started the season off nicely. Three nice scores in a row has his price well above it’s usual level, and it feels like the time to bet on a regression to the mean. We can say that he’s in good form, but form is very fickle in cricket and a good Thunder bowling lineup could easily have his number tonight. With a lot of cheaper options having better or similar roles, it’s unlikely that Heazlett becomes the must-have on this slate.

An English import batting at 5 is the ultimate enigma, especially one that is new to the BBL. We don’t know how he’ll handle conditions, we don’t know how much opportunity he will get at the crease, and we don’t know if he’s any good. I think Abell is a very justifiable punt at this price, but as we saw in his only game so far with points, it can very easily go wrong. If Saqib Mahmood does play, he’ll be the far safer international at the same price. 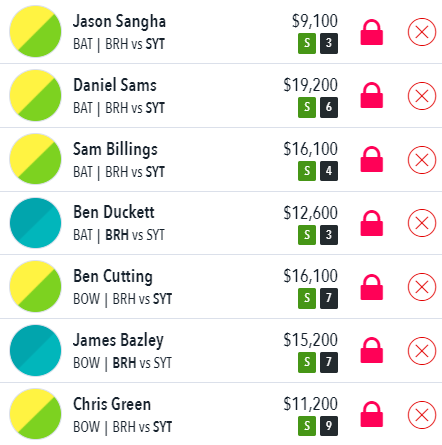