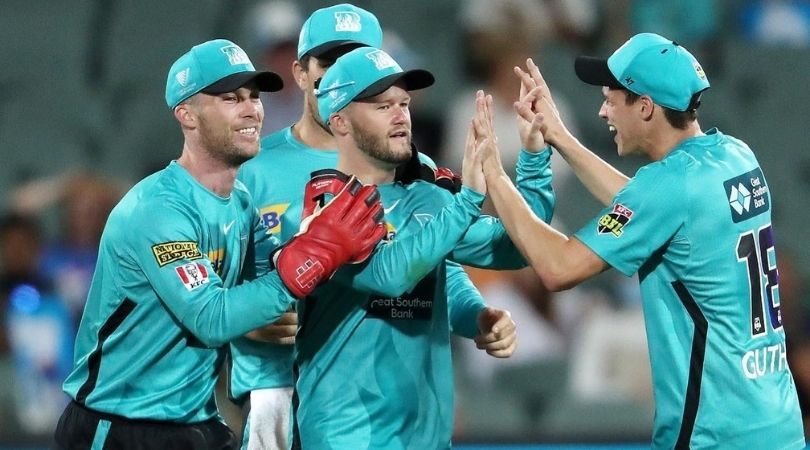 The Hobart Hurricanes tackle the Brisbane Heat in the first match of Saturday’s BBL11 double header. The heat will definitely be on, at least temperature wise, with a hot day expected to welcome in the New Year in Hobart, but can the Heat bring some heat to the contest?

It’s ironic that the Heat are the most hot and cold team in the league, and that was most evident in their last match against the Sixers. After being bowled out for 105, they had the Sixers 7-35 and in a dire position, only to let them off the hook. At 2-5 from seven matches, another loss here, and their season is in real jeopardy. Meanwhile the Cane Train rolls on, mostly pulled by Ben McDermott with two almighty centuries in his last two matches. At 4-3, the Canes will want to stay ahead of the ledger and maintain that cosy third spot on the ladder.

The action kicks off from Blundstone Arena at 4:00pm AEDT on Saturday, and Draftstars will once again be offering a $15,000 guaranteed main event, with a range of micros and high roller contests on offer.

It’s hard to go past the Hurricanes to win this one, but their star players are starting to get up there in price. Matthew Wade and D’Arcy Short were already around the magical $20k barrier, and now Ben McDermott is not far behind on the back of his recent heroics. You really have to decide which one is going to fire, or perhaps take the risk of fading them all. It’s tough to pay up when the cheapies aren’t firing. Harry Brook has been a disaster this season, while Jordan Thompson isn’t getting much of a look in with bat or ball. Another season of questionable overseas signings for the Hurricanes. On the positive side of things, Tim David has provided some late order value with his power hitting, Tom Rogers has flown under the radar with some impressive performances while Riley Meredith is improving following his early season injury troubles. 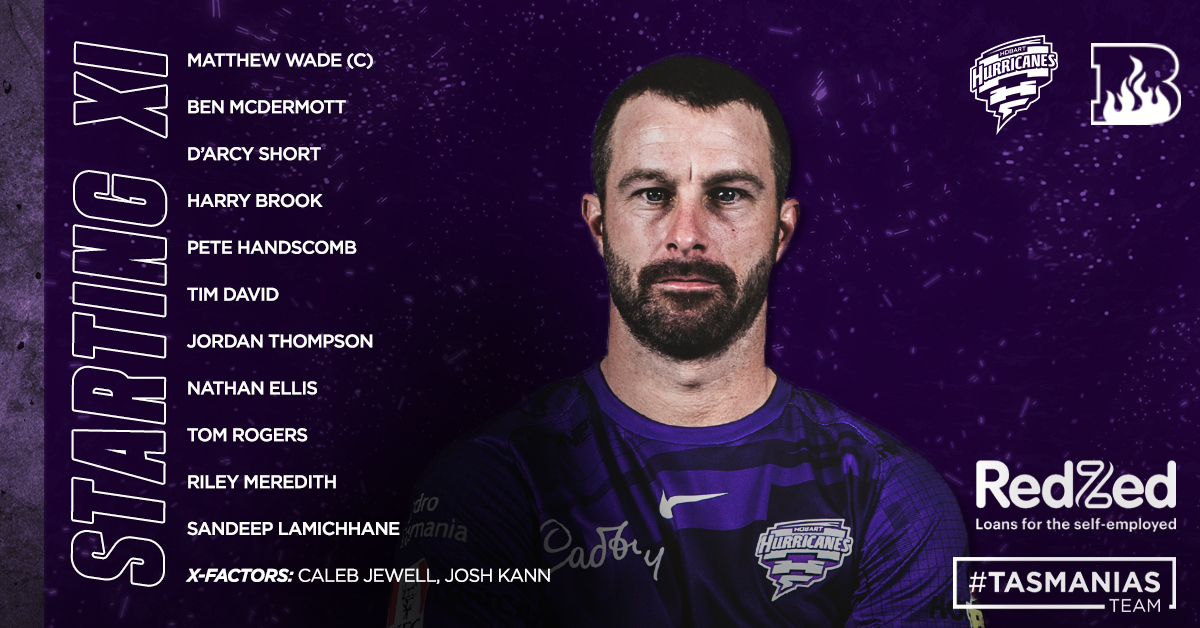 While the Heat are frustrating to watch, their inconsistencies are great for fantasy. They have a number of players who can win you a contest if they fire at value prices. It starts at the top with Chris Lynn who is capable of anything, yet his price tag is under the other premiums in this game and in the league. The rest of their batting are also quite affordable. Ben Duckett has been their best player this season, so he’s starting to rise in price, while Sam Heazlett has also been ok. For value you can stay aboard the Max Bryant train, although there’s only a few passengers left on that ride and the train must be close to derailing at this point. And then there’s Jimmy Pierson who cost every sharp player last weekend when he was thrust up the order at minimum price, only to lob one down the throat of the one player in the outfield. Thanks Jimmy!

The Heat bowling has been leaky, and that will play right into the hands of the Hurricanes batting, but the Heat bowlers are capable of taking wickets. Mark Steketee, James Bazley and Xavier Bartlett are all solid choices, especially if you factor in their ability (and likelihood) of contributing a few runs as well. 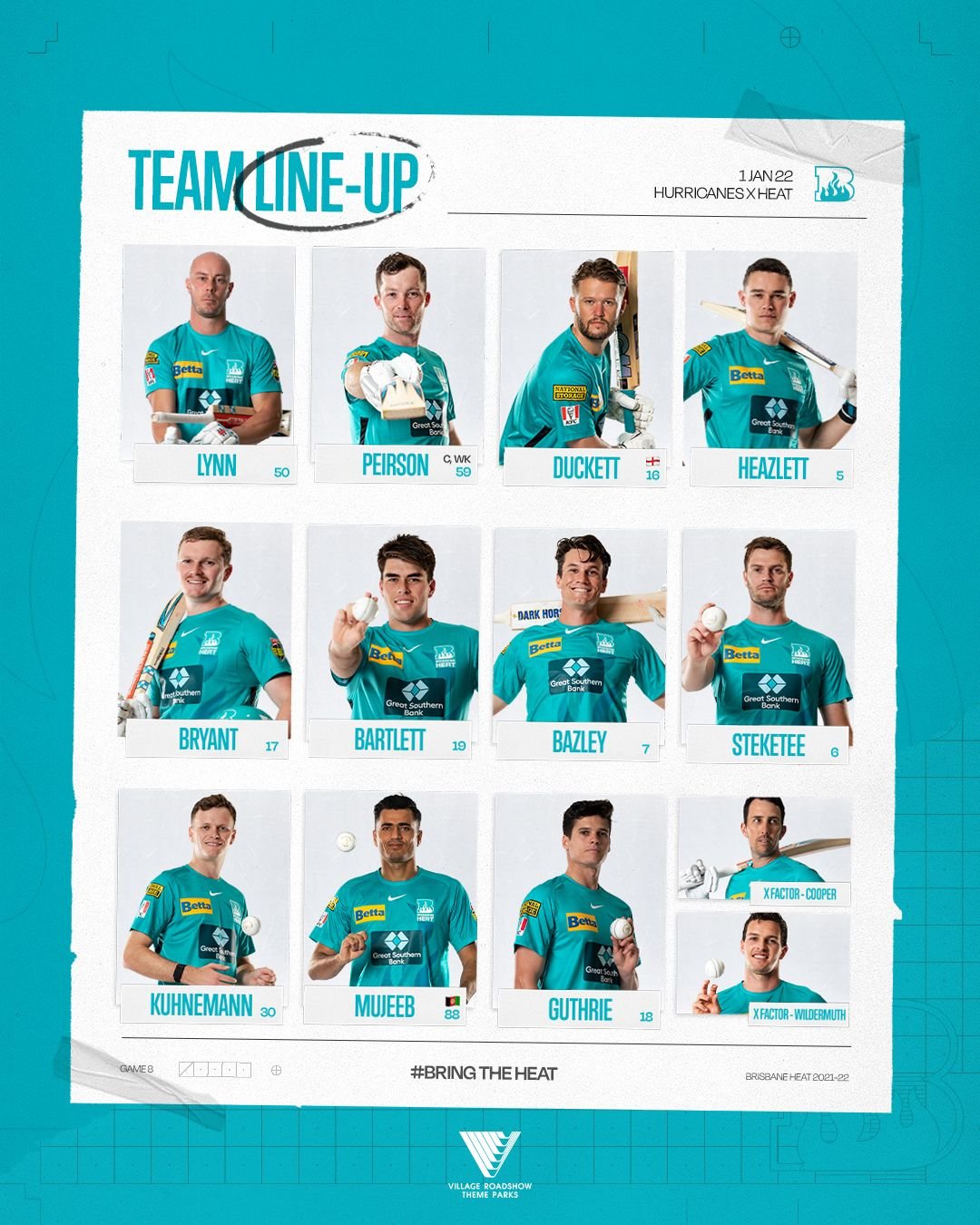 We have to back the truck up on Jimmy Pierson. If he’s opening and keeping, then his price offers us value and salary relief to include some of the premium players. The only issue is that he’s likely to be highly owned.

Not one of my favourite players, but you have to respect that Sam Heazlett has had a good BBL11 season so far with scores of at least 26 runs in five of the seven matches so far, and at a good clip too. Another score like that is all we need at his reduced price tag.

Had one good match where he took three wickets but has basically done nothing otherwise. Not getting much of a look in with the ball, with D’Arcy Short filling out the extra overs, and with the bat, the Canes are getting the job done. An all-rounder at that price looks attractive but if he’s not in the game, then it’s a no from me!

A good cricketer, but T20 is not his best game, and if he’s batting at five then it’s hard for him to contribute much given his grinding style. I’d rather see him bumped up to number four or even three and given the chance to build an innings, and let the likes of Brook or even Short, come in later in the order with some more freedom to unleash some power hitting. As it stands, Handscomb doesn’t offer much and there’s a couple of other budget players I’d prefer to go with here.

I’m a fan. A big fan. And this would have to be the cheapest we’ve ever seen Bryant in the BBL. He’s hard to take if he’s batting at 6, but knowing the Heat, that could mean you’re batting in the 4th over like last match. Bryant coming in late with some freedom to play shots might be the ticket he needs to jag a big score while everyone has jumped off him. But if he fails, it might be his last opportunity in teal for a while. 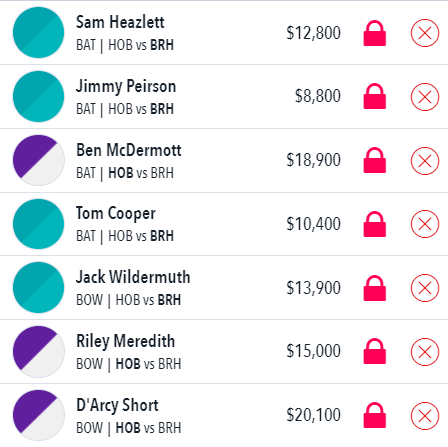