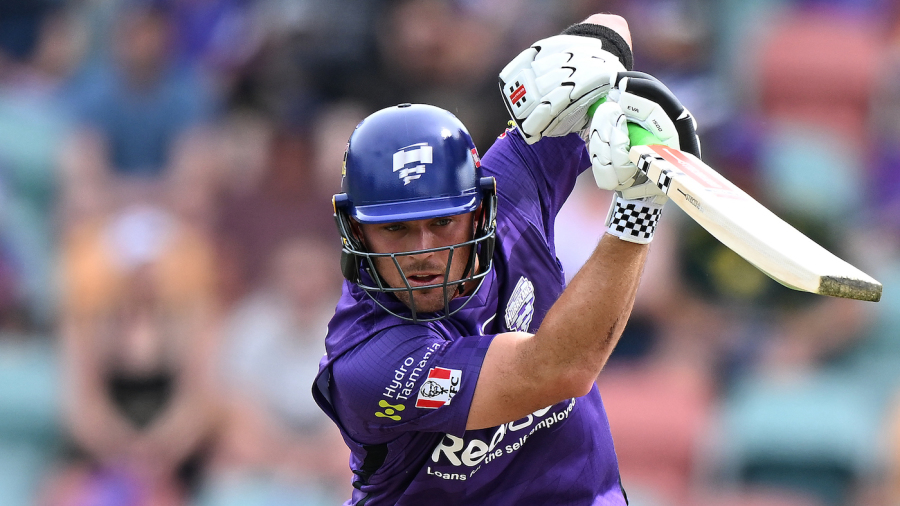 The Double-Headers continue in the BBL after another big day of Test Cricket and the MCG. First up on Sunday evening is the Hobart Hurricanes hosting the Adelaide Strikers at Blundstone Arena. The game will get underway just after 6.00pm AEDT so be ready to go after the Test. It will be a cool and cloudy day in Hobart and the Strikers are on a three-game losing streak. Could be pivotal for the Strikers to keep their finals chances alive away from home.

Draftstars are back with a $20,000+ with top prize $2,184. There are also a range of other contests including the micro, mini and the high roller.

As I mentioned in my previous Hobart preview on Christmas Eve, Blundstone is a ground that favours high fantasy scoring (2nd to Manuka) and the home side took advantage scoring 180 against the Stars. It was a bit of a surprise to see Ben McDermott pushing up to the openers spot but that plan worked scoring 67 off 43 balls with 4 sixes. I still have worries with D’Arcy Short who can’t seem to hit off the square at the moment, but we are literally one game away from a Short explosion. I mentioned previously that the Hurricanes bowling attack is still rather thin, but Thomas Rogers is becoming a handy 3rd quick, taking 8 wickets through 4 games. He has scored the economy bonus three out of four occasions. The ‘Canes go in as warm favourites ($1.65) to win once again at home, and I don’t expect any team changes.

For the Strikers, the lack of top order power is becoming a huge problem. Whilst they passed 150 for the 1st time in the tournament against the Heat, they were no match in chasing down 209 in Adelaide. “Kmart D’Arcy” Matthew Short still goes 100 miles per hour and Jake Weatherald hasn’t past 20 runs in the tournament. The Strikers really need either these two to bat for at least half the innings so that their middle order can build. The middle is solid with Matt Renshaw, Jono Wells and now the thick haired Thomas Kelly looking to go big but the Strikers in general have struggled if the top two don’t get away. Rashid Khan has taken 4 wickets in 3 games at Bellerive at a Strike Rate of 7.5 and is always in contention for Fantasy points in this format. We may see another rotation in the Strikers bowling attack after they were smashed for 200+ at home.

Going with the hot batsman who complied 67 off 43 balls with 4 sixes against the Stars on Christmas Eve. It will be interesting if McDermott is elevated up the order to get D’Arcy Short back into form at number 3. The price hasn’t adjusted for his hot start and will continue to play him until his price rises too much.

If you told me that Rogers is the leading Hurricanes wicket taker through 5 games I would have given you a lazy eye. But remarkably only through 4 matches, Rogers has taken 8 wickets with 2 x3 wicket hauls. Rogers has even hit the economy bonus 3 times and against a Strikers team that can’t score runs, Rogers looks to have another matchup to capitalise. The price is getting up, but the potential is there.

Short is an interesting one because we can highlight the struggles he has having with the bat, but one could look at his inconsistent bowling as well. But the numbers paint a different story with a 73 off 51 against the Sixers and a wicket against the Stars. Whilst the price is still north of $20k, I would rather get up to Rashid Khan who has more of a safer floor in this format.

A theme is occurring at the offices of DFR with Peter Siddle appearing in the “unloved” section. The price has fallen but despite picking up some wickets recently at the death, his economy rate is terrible. Still avoiding until he can bowl some tight lines.

As mentioned in the preview, Weatherald is out of touch with the bat with a season fantasy average of 19 and a 3-game average of 11. Yet we cannot always dismiss opening batsman for teams in this fantasy format. Alex Hales, Chris Lynn and Aaron Finch are all in this same category and you can add Weatherald who is just one innings away from making your Draftstars team profitable. Whether this happens against this ‘Canes attack on this short ground? Who knows… 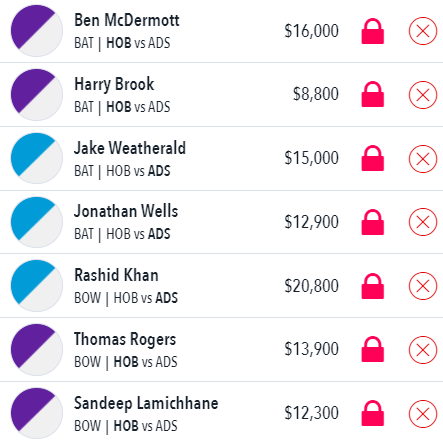