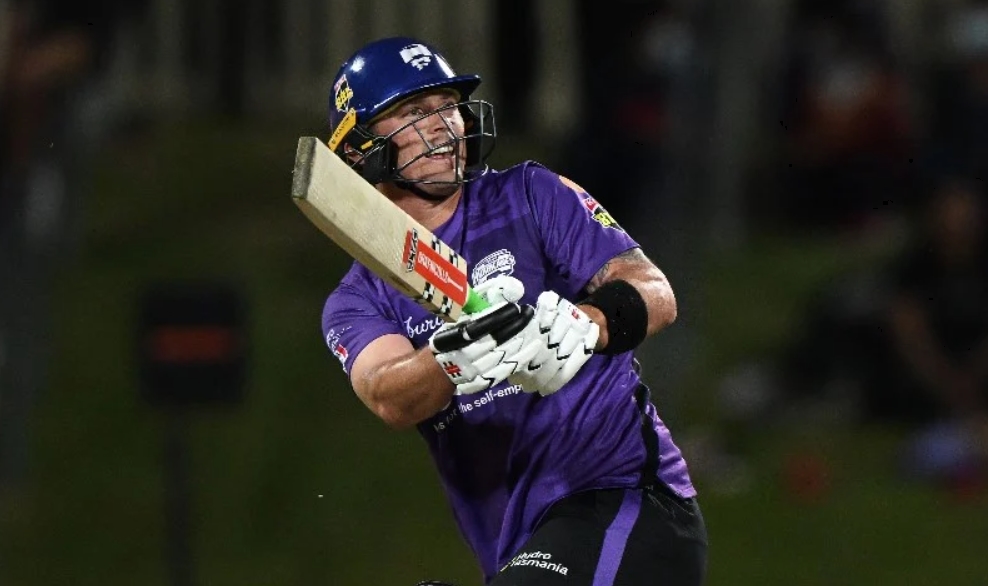 The 2nd match of Wednesday’s Double Header is at Marvel stadium for the match between the Melbourne Renegades and the Hobart Hurricanes. With the 1st game already underway at 6pm AEDT, this is the game available on Channel 7 starting at the regular time of 1915 AEDT. The Renegades are looking to get off the bottom of the ladder after losing 4 straight matches but face a strong Hurricanes side who won strongly at home on Monday night. No issues with the weather being in the dome and the ‘Canes go in as big $1.55 favourites to win 3 in a row.

Draftstars have posted a $15,000+ contest for the 2nd match of the evening.

The home side have named a 15-man squad which includes fast bowler Kane Richardson who missed the last game due to illness. James Seymour has also been included in the team and may be a sneaky chance to play due to the form of Jake Fraser-McGurk who has only scored over 8 runs once this tournament (30 off 24 against the Scorchers). Still no sign of Cameron Boyce and Shaun Marsh who are still suffering from old man injuries. Their inclusion must be close as this sides chances of making finals are evaporating by the day. It was grim fantasy scoring against the Scorchers in their “away game” on Boxing Day. Mackenzie Harvey was the highest Draftstars scoring player with 47, while 5 players scored under 20 points which is grim reading for the Team in Red. The too good to be true narrative of Nic Maddinson and Aaron Finch scoring the bulk of the runs on Boxing Day game to fruition, but they will be looking to bounce back at home. Some quick stats: Reece Topley hasn’t taken a wicket in three games; Mohammad Nabi didn’t bowl on Boxing Day despite Kane Richardson missing and Will Sutherland has not bowled more than 2 overs per game in the tournament.

For the Hurricanes, it has been the Ben McDermott show since he has moved up to the top of the order. A huge 225 fantasy points after smacking a 110 not out from 60 balls plus a couple of catches in the outfield. Add his 112 against the Stars on Christmas Eve and you have a player who is going to be super popular on Wednesday night. Riley Meredith’s return to the side after injury is paying dividends with 7 wickets through 2 and a bit games. Remains to be seen if this Marvel surface is to his likening but he has improved the Hobart attack in the absence of Joel Paris. D’Arcy Short continues to just plug away, his numbers are actually pretty good with 70 and 51 Draftstars points in his past two games. Sets up to be a nice matchup in Melbourne for him. What could be a concern since McDermott has been on fire is that no one else is scoring fantasy points. Jordan Thompson has gone 2 and 0 Draftstars points, Sandeep Lamichhane has gone 8, 0, and 0 in his past three games and Harry Brook has gone 11, 22, 10 and 6. Frustrating for owners knowing that any of these three-game score big points. With Scott Boland on the cans in the MCG dressing rooms, the Hurricanes have a 14-man squad for this match and I am not expecting any changes.

The old saying “need to see a couple of games to see how he is going” means I have seen enough and now I am ready to jump on the express pace train. Bags of 3 wickets in his two full games and now coming up against a team that hasn’t won in four games means I am confident of Meredith to continue taking poles. With Richardson back at a higher price tag, I am happy with the discounted price here.

In a game potentially devoid of any significant value then it would be wise saving money on low scoring options. Brook is the cheapest on the slate at the minimum and continues to get opportunities in the middle order. If there is a failure of all top three batsman then this gives Brook, the young English Batter an opportunity to thrive against a lowly ranked team. Not a huge love here but it means I am saving on 2-3k on options who potentially could score next to nothing.

Not sure Nic Maddinson likes him, or the club is looking to keep youth involved but Nabi’s role against the Scorchers on Boxing Day was pretty non-existent. Batted at 6 and didn’t bowl against Perth and hasn’t scored over 12 runs through 5 innings. Some opportunities have been minimal but that $16,000 is still looking overpriced if this trend continues.

Probably not the best call here considering the likes of Cameron Boyce and now Zahir Khan taking wickets on this surface in the past. However, Lamichhane’s fantasy prospects have taken a nosedive on the Bellerive surface in his past four games. Lamichhane just doesn’t seem to have the trickery to fool batters in this format.

Finch’s second game back wasn’t the best against the Scorchers as he was seen limping around on his troublesome knee. The inclusion of James Seymour as a safety blanket shows that Finch may not be right for this game let alone the tournament. We need to check teams at the bat flip but if Finch is good to go then who knows how a wounded player goes in this format. 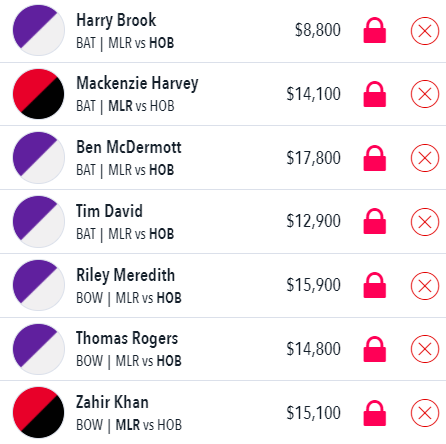