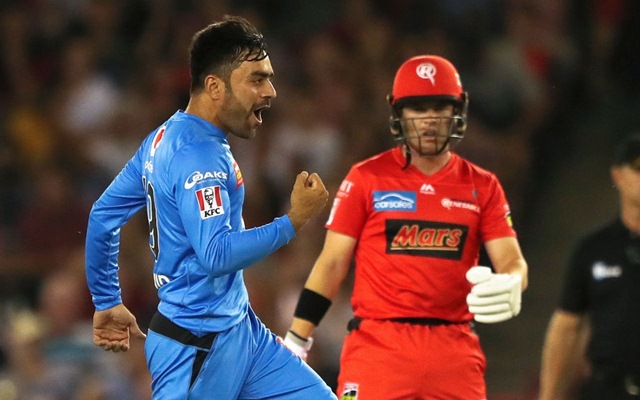 Two teams who are predicted to finish at the bottom of the ladder will clash in the third match of the BBL11 season on Tuesday night. It’s the Melbourne Renegades and Adelaide Strikers coming to us from Marvel Stadium where Melbourne sports fans will enjoy being back in the thick of the live sports action.

While not a marquee match up, this contest is important to both teams who have been ravaged with injuries and unavailabilities before they’ve even had a chance to set foot on the field. For the loser, it may be a long BBL11 season ahead.

Draftstars are continuing the great fantasy BBL prizepools with a $25,000 contest on offer for the main slate, with supporting micros and high roller contests available.

The Renegades have had two tough seasons, building a collection of wooden spoons, so they will be desperate to turn things around this season. However it might have to be a youth policy that digs them out of the hole, at least early in the season. Aaron Finch is the star player in the team, but he’s nursing a knee injury following the successful Australian World Cup campaign, so he is in doubt for the early stages of the tournament (UPDATE - Renegades ruled Finch out earlier today). Recruit and new skipper Nic Maddinson has been called up to the Australia A squad, while Shaun Marsh has the old man hammies that will see him unlikely to play much part in BBL11.

So the Renegades will be forced to turn to young guns Jake Fraser-McGurk, Mackenzie Harvey, Sam Harper and James Seymour to make the bulk of the runs. Indian recruit Unmukt Chand has been left out due to the Gades rolling with 4 Internationals. However Aaron Finch has been named in the "17" man squad, which means a check of teams at the Bat Flip.

With the ball, the Gades will be stronger with Kane Richardson and James Pattinson leading the way, and towering Englishman Reece Topley set to make an impact.

The Strikers have also been gutted with Travis Head and Alex Carey both named in the Australian Test side, and Matt Renshaw in the Australia A squad, leaving a massive hole at the top of their batting order. A lot of pressure will be on Jake Weatherald to get them off to a flyer, with Harry Neilsen and Matt Short set to receive early opportunities at the top of the order. After that, it’s pretty thin.

George Garton might be the surprise packet of the season as a three-dimensional player, while Rashid Khan can also do it all. While his bowling will continue to mystify batsman, you might see Khan injected up the order as a pinch hitter more often this season, which makes him even more attractive as a fantasy player.

Peter Siddle, Wes Agar and Daniel Worrall will all be serviceable with the ball, while Fawad Ahmed is injured and will not play.

It might sound obvious, but you just can’t leave home without Rashid Khan. Take him on at your own peril! With extra responsibility expected with the bat, Khan is the number one fantasy player of this match, and probably the entire league. There’s plenty of cheap options in this contest to balance your budget and include Khan without too many problems.

Will have to contend with two quality opening bowlers in Richardson and Pattinson, but Jake Weatherald really is the class batsman in this match. Averages over one six per game in the BBL, and a good score from Weatherald will take the Strikers a long way towards winning in this one. In a game that is light on quality batsmen, Weatherald stands out.

Not sure how this guy still has a BBL contract with an average of 16.5 at a strike rate of 108.96. Can hit a lusty blow and showed occasional glimpses of talent last season, but boy, there’s been a lot of misses in between. Doesn’t bowl and will bat at 5 or 6, so really not a player I want to touch unless I’m really desperate for a point-of-difference play.

37-year old fast bowler playing the most dynamic form of cricket in the country. It’s a big ask for Peter Siddle to keep going around in the BBL, and while he has been consistent and does know how to keep things tight, the price tag of $18k+ is a lot for a one-dimensional player. It seems like a good game for bowlers with such poor batting lineups, but I think there are others available at a better price with a chance to have more impact on the game.

Missing from BBL10 due to a mental health break from the game, Boyce is back for the Renegades to lead the bowling attack with Kane Richardson. Of course a year out of the game shouldn't be too taxing for Boyce, but you just don't know coming back into the bright lights of the league. The surface will suit Boyce at Marvel so it is a real 50/50 call here first up. 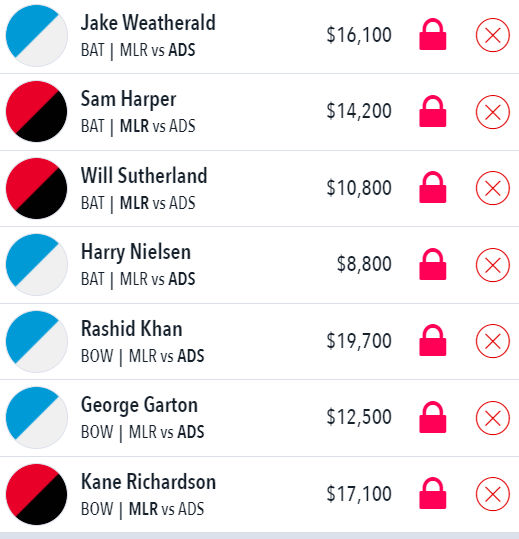