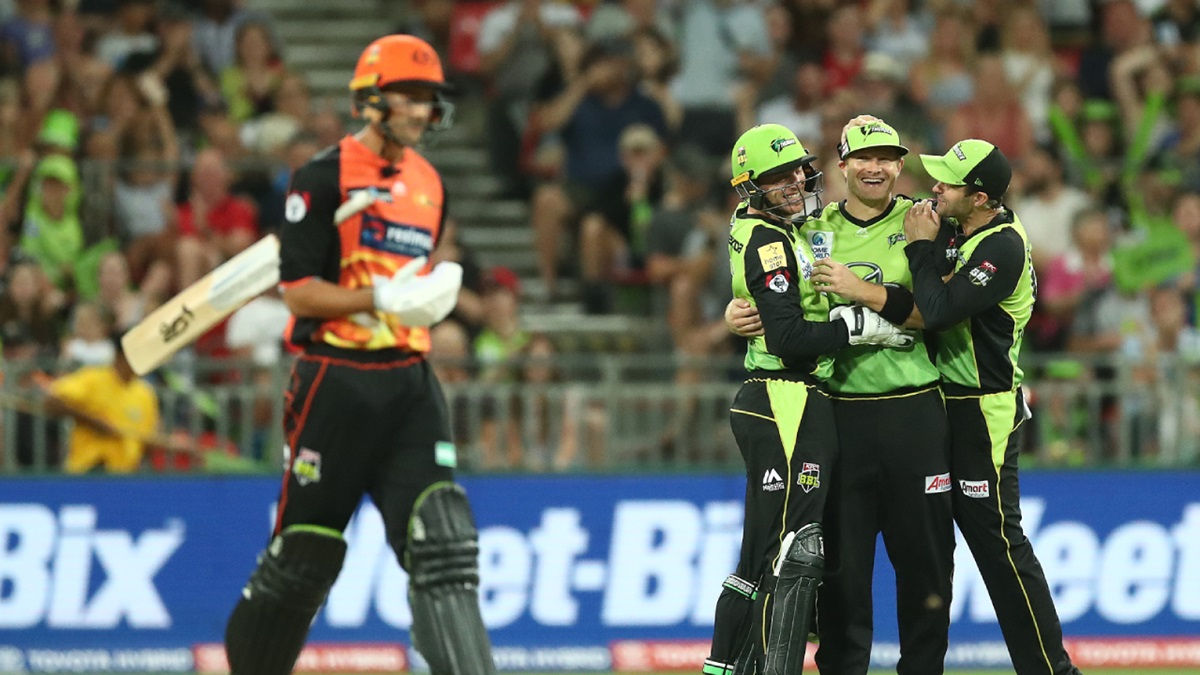 Sometimes when dramas take away the actual gameplay of sport, it is hard to keep up on what is going on. However, the BBL does goes on and we are previewing the match between the Perth Scorchers and the Sydney Thunder. This match is on the Gold Coast and is scheduled to start as the second game of Thursday’s double header at 9:05pm AEDT.

Draftstars have posted a $15,000+ contest for this match along with various priced contests.

It has been a theme since Christmas on hunting team news from squads and this match is no different. The ECB’s decision to pull players back to England won’t affect this particular game as this will be the final match for Tymal Mills, Sam Billings and Saqib Mahmood. However not such good news for Muhammad Hasnain who cannot enter Queensland due to his International Quarantine requirement. Fellow players in Alex Ross, Tanveer Sangha and Sam Whiteman are still in COVID isolation but in good news, Alex Hales will clear protocols and will be available for this match. Mitch Marsh and Josh Inglis are not included in the Scorchers squad due to Ashes commitments but do get Matthew Kelly who has been cleared as a close contact. Unless news breaks throughout the day, you would expect these two teams not making any drastic changes.

Now the next complication we need to keep an eye on is the weather. The Scorchers managed to get a game at Metricon Stadium on Tuesday night but the forecast in the Gold Coast is iffy for Thursday night. There is an 80% chance of showers throughout the day and up to 20mm is forecasted. If a game does proceed then gauge how much time will be lost and look to roster top 4 batsman as they will seek more opportunity to bat. Stacking the 1st innings is on the cards but once again, circumstances can change here.

Let’s put the virus and cooped up in a room for a week aside, if the weather plays out if it should then you want to attacking opening batsman who can hit it at a great clip. Hales has looked dangerous without posting that big fantasy score but tonight presents an opportunity if overs are lost. The salary has come down from historical levels and he now represents good value.

Whilst the spotlight was on Pakistani young quick in Hasnain in his first match, he is not available tonight for the Thunder. Thus, this creates an opportunity for Mahmood to bowl in the critical overs in the powerplay or at the death here. His fantasy scores have been consistent and, in a match, where 30+ fantasy points is a good score then Mahmood’s salary can make it work for your lineup.

No knock on him as a cricketer, it's just if this game does get reduced, then you need a big collapse in wickets for Evans to have the chance to score fantasy points. Maybe if the Scorchers bat first, you could consider him, but teams batting second play with much risk in wet conditions chasing. Evans has been batting at 6 for the Scorchers and was out for a duck against the Sixers.

With Hales back this will likely mean that Cutting goes back down the middle order here. The price had adjusted to Cutting’s 30+ run totals but just like Evans above, you need a risky power hitting performance from Cutting to make it work. With the top order of Gilkes, Sangha and Billings doing well for this Thunder team, I think we can spend the $15k more wisely elsewhere.

Let’s put Kurtis Patterson the shield player aside and think of Patterson as a T20 player this season. Because he is becoming a fantasy yo-yo with three massive fantasy scores of 81, 137 & 106 and four scores under 30. With no Mitch Marsh nor Josh Inglis then Patterson will be afforded more opportunity at the top of the order for the team in orange and it will be interesting to see if he can accelerate even further if the match is reduced. Interesting play if you are keen. 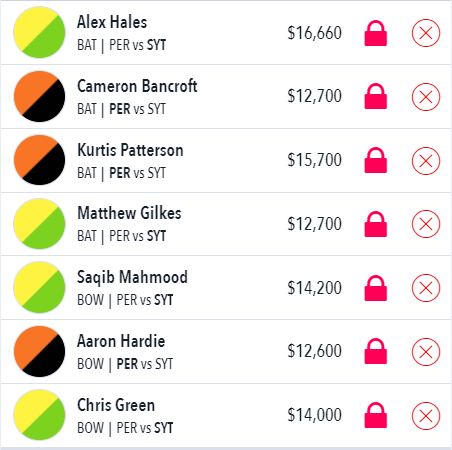