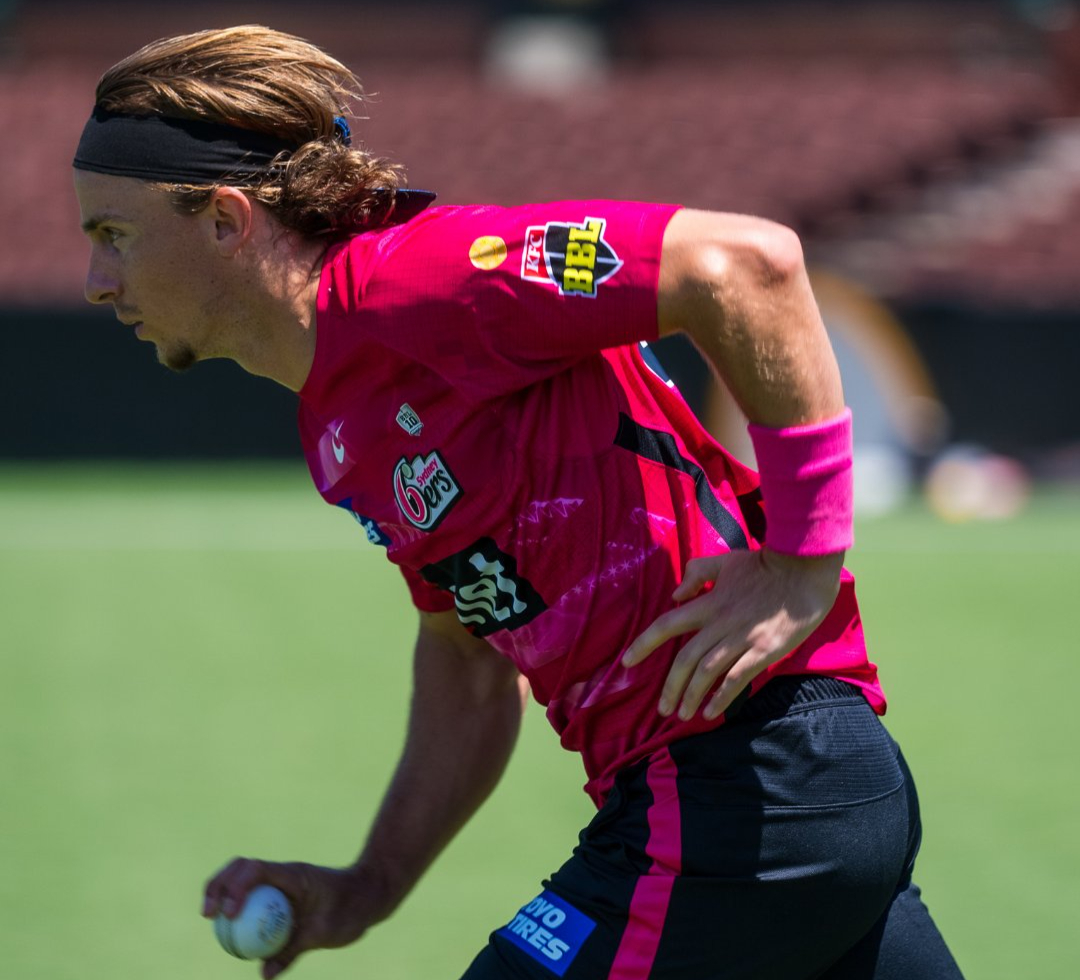 Welcome to another glorious season of Big Bash League madness. 61 games in the next 55 days, weaved throughout a big summer of international cricket. We start with the winners of the last two editions, the Sydney Sixers, playing host to the perennial hard-luck story, the Melbourne Stars. The SCG should be heaving despite being an early start to the season, and a number of stars will be on the field after strong T20 World Cup campaigns. We can expect a lot of weather issues throughout the summer, but for now it looks like we should get a full game under some slightly overcast conditions tomorrow night.

Draftstars has put up a massive $40,000 contest to start the season, with top prize $3,915. This is the highest prize pool available online for a single fantasy contest. Also available is a $2,000+ Mini and the mass entry $1,000+ micro contest is also available. Also back this season is the High Roller which has a $150 entry fee for a $5,000+ prize pool. The pricing is spread evenly, with a few cheapies to consider, a few very affordable guns, and plenty in between. 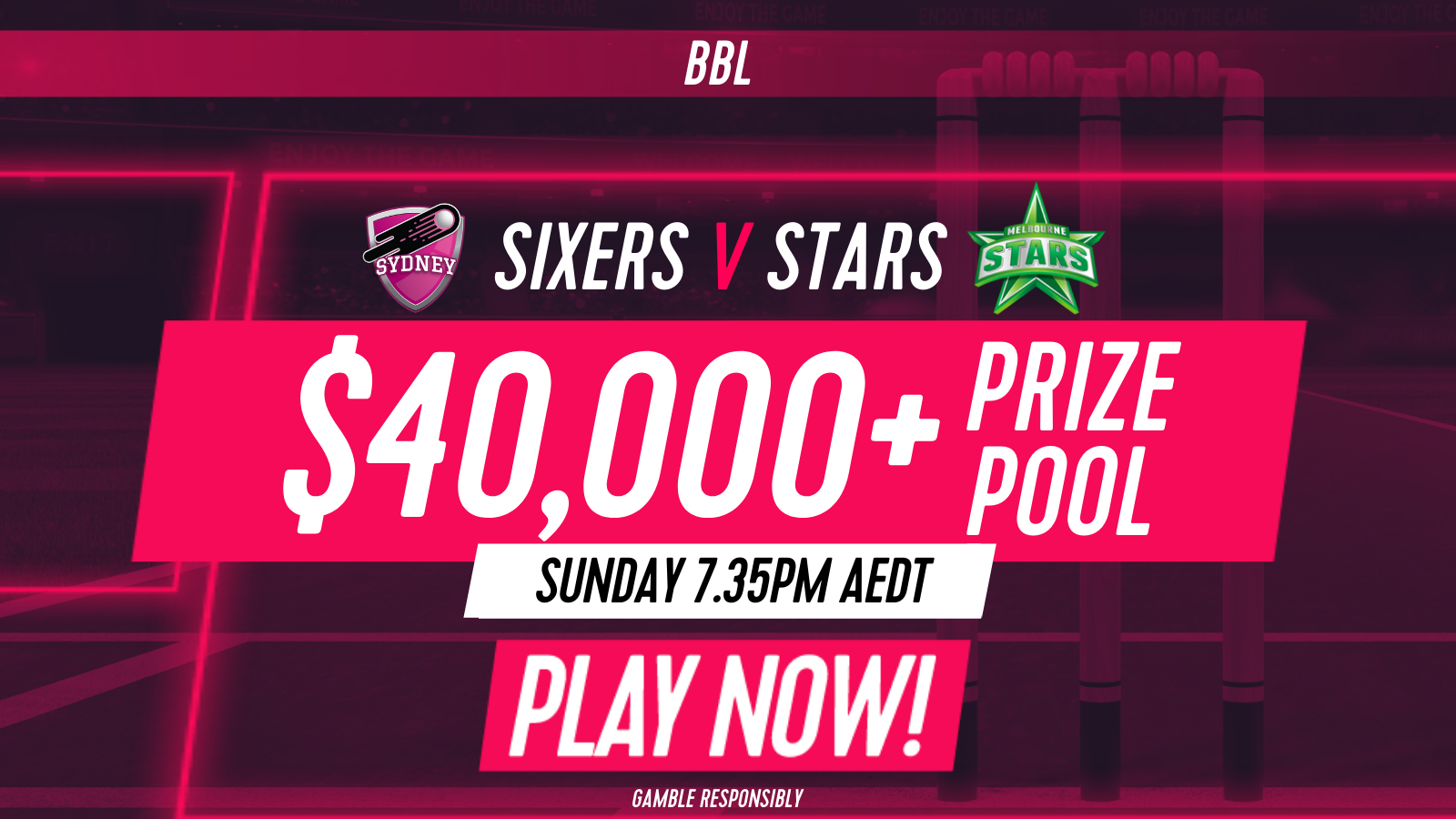 The Sixers come into the game as $1.80 favourites, inevitable for the two-time reigning champs starting the season at home. Not much has changed with their lineup from last season, and if anything, they look stronger after the return of Tom Curran who was missing last season, and the addition of wily veteran Chris Jordan. The team is looking on the older side with all of Hughes, Henriques, Christian, Jordan & O’Keefe in the veteran category, but I won’t put much stock into that unless they look behind the pace early. Phillipe & Curran bring the young star power, while Manenti/Pope are depth bowlers needed to cover for the absence of the likes of Dwarshuis & Bird to start the season. A surprise announcement from the Sixers that Sean Abbott is available after being relieved of his Australia A duties due to the birth of his first child. Does he get a game? Or does he need to duck off to the delivery room?

The Stars are also very similar to last season, but they do have some key additions. Joe Clarke looks a more promising import than Andre Fletcher proved last season, slated to open & potentially keep as a young Englishman with big wraps. Qais Ahmed is the other import with plenty to offer from his leg spin. Joe Burns strengthens the middle order slightly in a role that Ben Dunk has struggled in for the last couple of seasons. Unfortunately, both Ahmed and Burns are unavailable, along with Nathan Coulter-Nile, Seb Gotch and Billy Stanlake. That means the bowling will rely on depth players such as Sam Rainbird, Clint Hincliffe and new international recruit, Syed Faridoun. Faridoun comes with some whispers of being a future star for Pakistan as a left-arm wrist spinner, but little is known about him at this point. All of Stoinis, Maxwell & Zampa continue to give the team a strong foundation of stars, while Cartwright and Larkin can all play valuable roles. Such as the Stars lack of depth in Game 1, only a 14 man squad is available.

Curran was a star in the 2018/19 & 2019/20 seasons, contributing heavily with the ball in the closing overs as well as playing numerous valuable cameos with the bat. After not being available last season, he’s back for the Sixers run at a three peat. Being just 26 and an international star, I don’t think we’ll see a price this low very often this season.

Like Curran, we all know that Maxwell is a class above at this level, and I don’t remember seeing him priced this low very often last season. After not performing too well in the World Cup, sentiment could be a tad down on Maxwell, but his IPL performance and last couple of BBL seasons are plenty of evidence that he’s the cream of the crop. The $1,300 discount to Stoinis is handy in GPPs, where the fact that Stoinis is more consistent as an opener is less important than Maxwell’s consistent ceiling performances.

Vince tends to put up 2 or 3 big scores a season, but in between there is a lot of mediocre. I’m expecting to see him a lot cheaper at points this season, and always prefer to avoid expensive players who can only contribute with the bat, as they will fail more often than not.

The more I look at it, the more it looks like the Sixers could be off to a strong start due to some big holes in the Stars bowling lineup. Rainbird might be the biggest, as a player that lacks any specialist T20 skills, and is more of a medium pace swing bowler. Quite simply, at the bottom end of the BWL price board I’d rather take shots at any of the spin options including Manenti/Pope, Faridoun or O’Connell.

Clarke played three games for the Scorchers last season, with no impact (a 34 off 16 against the Stars didn’t really count due to a washout). Such a small sample size tells us nothing, and the fact that he is a highly rated player in England with some international experience makes me suspect he is far too cheap to start the season. We have seen plenty of English imports fail to live up to expectations in the past, so we will have to see how he adapts to conditions over several games before being able to say for sure either way. A cheap international who should open the batting should be a solid investment. 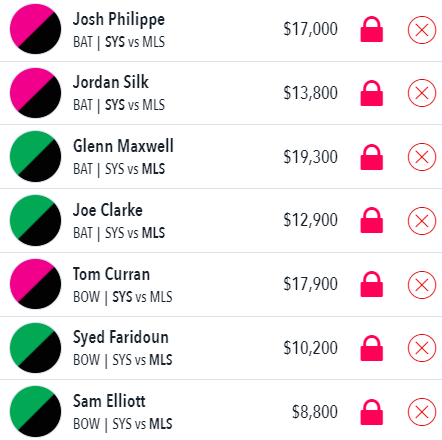