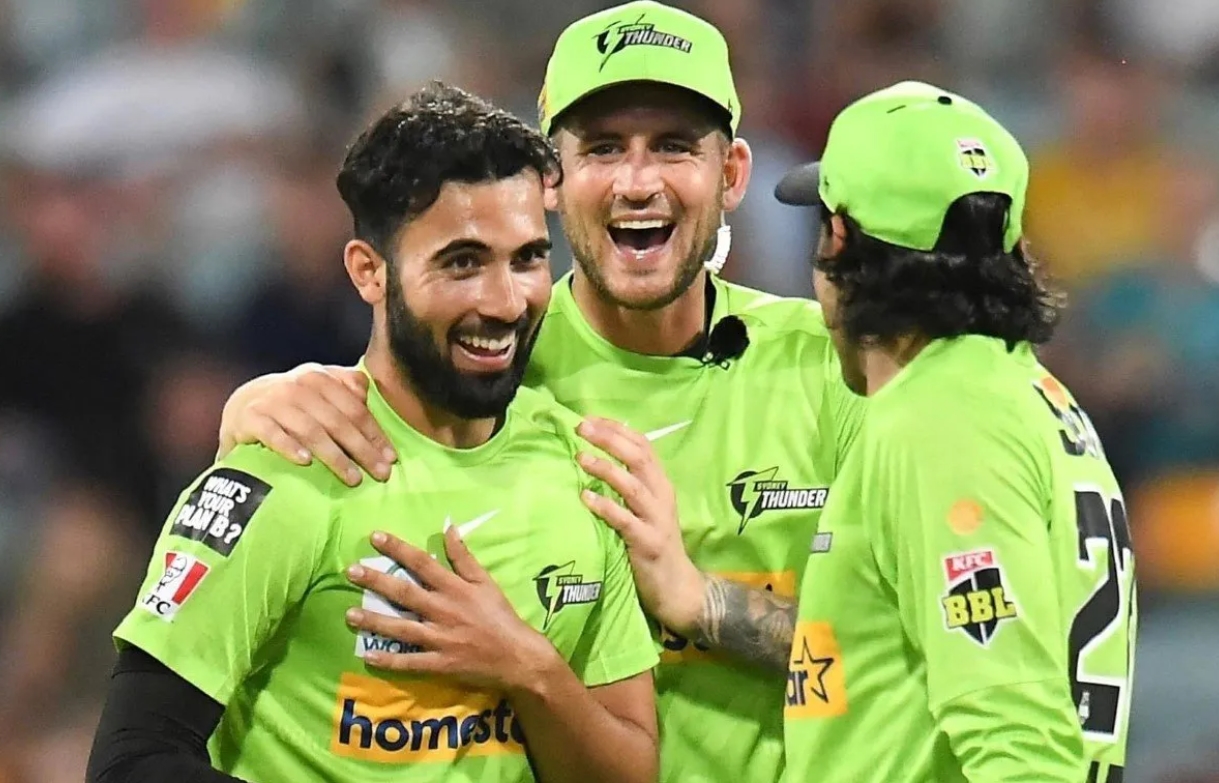 After last night’s postponement between the Stars and Scorchers, the BBL and Draftstars players will be keen to get stuck into more cricket when the Adelaide Strikers and Sydney Thunder play in their traditional New Years Eve game. The Strikers are pretty much one more loss away from losing touch with the top 4 with only 1 win this season, whilst the Thunder are 3-3 on the year and looking to put a gap between themselves and the Heat/Stars. Adelaide is facing a hot day so it might be a warm night with the game scheduled to start at 1915 AEDT.

UPDATE: Well the Covid dramas are starting to kick off! The Thunder announced that 4 players (rumoured to be: Alex Hales, Alex Ross, Sam Whiteman and Tanveer Sangha) are infected, leaving 11 players tonight for the match. Talk is that the game will go ahead with strict guidelines. The Thunder travelled with 15 players and the way it is looking it is still not a bad side. SECOND UPDATE: Arjun Nair and Lachlan Hearne are on their way to Adelaide to get to 13 players. Whether these two get a game remains to be seen.

Draftstars have posted a $25,000+ contest for the last match of the calendar year. The site has been very popular lately!

With our BBL tools indicating a fair balance between Bat and Ball for fantasy scoring at the ground, it is the Strikers that have leaked fantasy points, especially to opposition bowlers. This is no surprise as the lack of batting depth has come to fruition and no real replacements to fix it. While their run totals have been on the improve (175 against the Hurricanes on a friendly wicket), the Strikers have struggled to make a winning total whether it has been setting or chasing. The loss of Alex Carey to international duty has put them on the back foot at the top of the order with Matthew Short now struggling after a fast start to the season. The Strikers have named a 13-man squad for the match and with their season now slipping their may be a couple changes here. Wes Agar could make way for Dan Worrall who has missed the past two matches. The Strikers could also spring a surprise and drop Fawad Ahmed who has only picked up 1 wicket in 4 games. The Strikers can’t really change up their batting order with only Daniel Drew as backup in the 13-man squad.

After knocking off the Scorchers at home and being on the wrong end of a rain delay in the Sydney Derby, the Thunder are looking to get some consistency and have a big chance here on the road. Their playing XI has been quite settled, rolling with the same XI in the past three games but it has been blown apart here. Ollie Davis, Gurinder Sandhu and Brendan Doggett are all going to get a game tonight which in a way they are pretty good replacments. The Thunder are getting the job done with the bat with Sam Billings passing 60+ in 2 of his last 3 innings and Jason Sangha seeing them nicely with 51, 61 and 66 Draftstars points since his insertion into the side. The Thunder bowlers of Saqib Mahmood, Daniel Sams and Chris Green are regularly taking wickets while Nathan McAndrew filled his boots late against the Scorchers. This is a great matchup for the Thunder bowlers, especially if the Strikers need to chase.

I like the Thunder bowlers against this weak Strikers batting line up and Mahmood has shown his class and skill against stronger opponents so far in the tournament. 7 wickets in 3 games and just missed his economy bonus by 1 run against the Scorchers. Whilst the price is climbing, I feel Mahmood is still 1-2K cheaper than what his current output is.

Not much to love in this Strikers batting attack and if the Thunder bowling lineup make inroads into the top order, then the likes of Kelly and Nielsen are going to get time in the middle. Kelly has shown he is no rookie with the bat with four innings over 26 runs and two of these innings hitting the Strike Rate bonus. Now batting at 5 in the order it is a cheap flyer worth taking.

Garton has lost his way in the past couple of games, mainly by bowling too short to batters who know how to pull the ball. In his past three games his economy rate is 12.9 and only has taken three wickets. Garton has been handy as a late hitter who bats 6 or 7 so I wouldn’t discount him too much, but he needs to improve to be a selection going forward.

We have written up Cutting a few times now waiting for that big performance from the bat or the ball and it hasn’t simply happened. The Thunder give him a bowl and doesn’t get a second over due to a high economy rate or simply doesn’t have the matchup against the opposition. There will be a night he will be required with the bat, but the Thunder are going too well here for Cutting to contribute.

The price rise for Khan is sort of justified due to the fact no other Strikers players are consistently scoring fantasy points. But I have my questions on the form of Rashid through 6 games. Only hitting the economy bonus twice yet has 10 wickets for the tournament. He does have that big ceiling that means $22k is a worthy investment, but I just don’t know pairing Khan with the likes of Nielsen and Gilkes. It will be interesting to see the makeup of lineups with Khan included tonight. 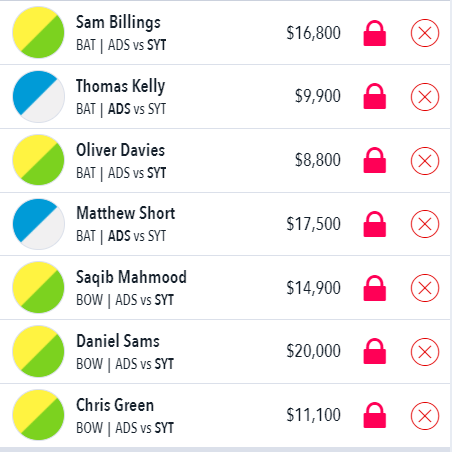