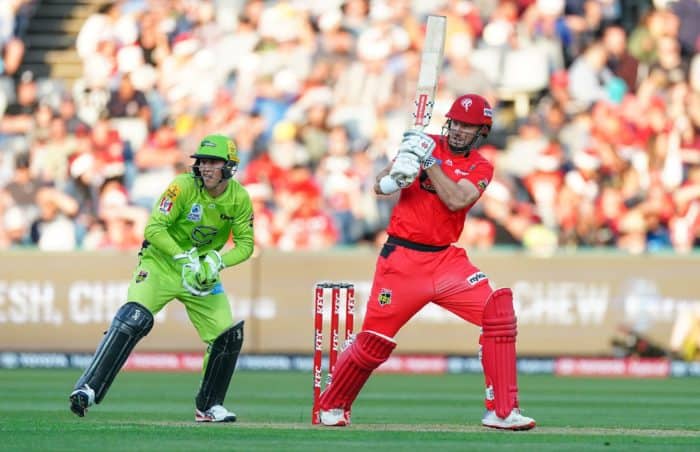 There is not a lot riding on the clash between the finals bound Sydney Thunder and cellar dwelling Melbourne Renegades today but that won’t stop us fantasy tragics from getting involved in the DFS action! The match is scheduled for 4:10pm AEDT at the mighty MCG, with warm and windy conditions forecast.

Draftstars have put up a $15,000 contest as well as high roller and cut-price options.

The Thunder had their wings clipped by crosstown rivals the Sydney Sixers on Saturday but are nevertheless in strong form heading into a finals campaign.

Of the Australian test players returning to BBL sides the Thunder gain Usman Khawaja, who will slot in at the top of the order either today or in the first round of finals. The classy left-hander and Alex Hales bring star power to the team in green and are supported by a host of underrated batters – Jason Sangha, Alex Ross and Daniel Sams.

With the ball Sams and Gurinder Sandhu are genuine wicket takers, while Tanveer Sangha and Chris Green bring great balance to the attack.

It has been another disappointing season for the Renegades, who are parked at the bottom of the table yet again. On the upside, plenty of youngsters have been presented opportunities and will no doubt return as better players next campaign.

Last night was a case of dad’s army for the ‘Gades, who got close to the Hurricanes thanks to the efforts of dependable veterans Aaron Finch and Shaun Marsh. The fact that the depleted squad only lost by 6 runs did not disguise the fact that they were severely undermanned though, in both the batting and bowling department.

Without Kane Richardson Melbourne looked fairly non-threatening with the ball and had to resort to multiple part-timers to complete their overs.

Outside of Finch and Marsh, James Seymour, Unmukt Chand and Jono Merlo are not proven BBL batsmen at this point either.

IF he plays, Khawaja is excellent value at under $14k. The Ashes hero will slot in at the top of the order, allowing him to benefit from the powerplay fielding restrictions with his expansive T20 Strokeplay.

The young gun has had a great tournament, collecting 12 wickets so far. Sangha took 2/12 the last time he took on the Renegades and should thrive on the expansive MCG against a fragile middle order.

Sutherland has had a rough season, taking just the 5 wickets to go with a tally of 45 runs. A top talent in longer form cricket, the Victorian has yet to channel his hitting power with the bat and doesn’t yet have a go-to plan with the ball. He is near minimum price and will be in a fair few teams but Sutherland won’t be in my team today.

Although he came in with a difficult role to perform last night, Chand did not look overly comfortable at the crease in his first BBL appearance. He will likely bat high up and get ample opportunity to make a score, but I just cant see him producing value for us in DFS.

There was perhaps justified uproar in the commentary box last night over the fact that Harper was kept in the sheds until the last minute against the Hurricanes. With nothing to lose and an eye to next season, surely the inventive shot maker gets another chance at the top to demonstrate his game changing ability. 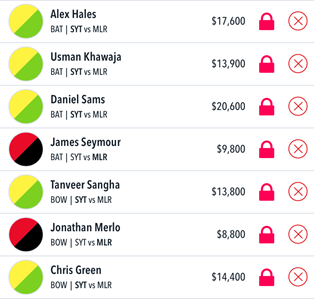