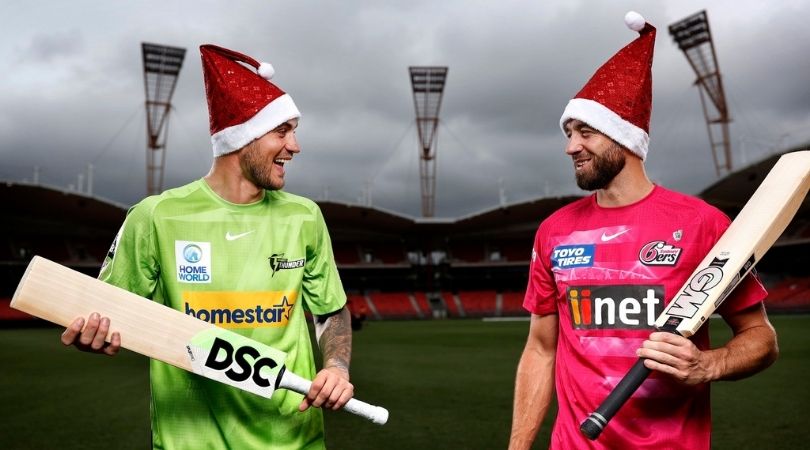 Merry Christmas to everyone, I hope it was a good one and a nice mini-rest before we get into the most hectic part of the cricketing schedule. We kick things off with a Boxing Day double header, the first of which is a Sydney Smash with the Thunder (2-2) playing host to the Sixers (4-1) at the Showgrounds in Sydney. Even this early in the season the Thunder will be sensing a little pressure and a big opportunity to topple the title favourites. The Sydney weather does look a little threatening for this one unfortunately.

We have some weather to deal with for tonight's #BBL11 game in Sydney. pic.twitter.com/LY4enyHcKB

Draftstars has put up a $20,000 contest, with top prize $2,184. There are also a range of other contests including the micro, mini and the high roller.

The Sixers are $1.67 favourites and continue to earn their high standing through impressive depth of talent throughout their squad. Last time out Christian and Abbott played starring roles, easily covering for quieter games from Phillipe and Henriques. The key areas of weakness with the current lineup is Hughes, Pope & Kerr, but all 3 can play a role every now and then. With Chris Jordan departing the franchise, the Sixers have brought in Pakistani spinner in Shadab Khan. The Sixers confirmed he arrived on Thursday, but we are awaiting on quarantine/test results to see if he is picked straight away. If the results go their way, expect Shadab to play.

The Thunder look every bit as good as the Sixers on paper, but aren’t quite getting the same output from their key players. Hales, Sams, Cutting and McAndrew have all failed to have their usual impact so far, and we can expect them to come to the party sooner rather than later. The youth of Gilkes & both Sangha’s give the team some good upside, with all 3 putting in some very promising performances so far. I’d go as far as to say if Hales fires, this team wins almost every time.

Put simply, this run of bad scores won’t continue. It’s already been trending up, with a 58 last time out a solid score, but enough to win a slate at these prices. The match-winning innings is coming, with Hales holding comfortably the best fantasy history of any of the Thunder players. Also helps that he’s opening if the game is shortened by rain.

Like Dan Hughes on the other team, Greens career has been trending down in recent seasons, but unlike Hughes Green is only 28 years old, and still in his prime. I simply cannot ignore this price as an absolute bargain, with 5/14 games last season featuring 50+ points, a clear bargain that the field could be a little scared to play.

The young leggie is an absolute sensation and could stand out to the field as a great play given the price has barely moved and his form has been great. I’d rather take a pivot to Cutting or Dwarshuis who haven’t done much yet but have a similar scoring profile to Sangha.

Like Sangha, Billings is enjoying a little more responsibility this season and putting up some nice scores. As a result, his box score looks amazing, and ownership should follow. Just like Sangha, he’s still a decent play, I’m just looking to pivot to the likes of Vince & Christian.

The young bat has been in the wilderness for a couple of years but burst back onto the scene with a nice innings and 61 points last game. With a career average of 25, he’ll need to continue to show that he’s developed his game to a new level in order to be a must-play. Was it a flukey innings, or are we getting a talented top-order bat far too cheap here?