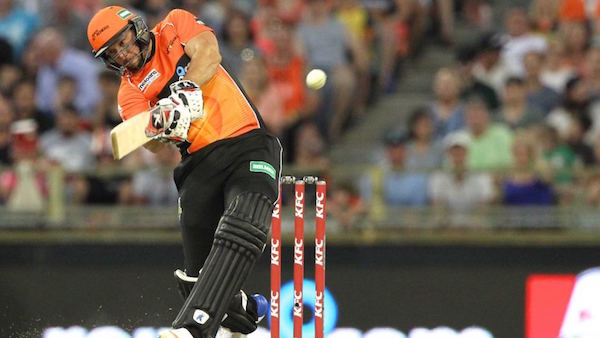 The 2017-18 Big Bash Season continues this Saturday with a massive double header kicking off from 2.40pm AEDT! With it, both Moneyball and Draftstars are offering massive prize pools for each game as well as some decent double header tournaments! With two games to choose from, we thought it would be a great day for a special edition of BBL07 Chalk, Chance or Chump.

‘Uzzy’ suited up for the first time in BBL07 on Thursday night, taking out man of the match honours in the process as he blasted 85 off 51 balls in the Thunders win over the Scorchers. Comes in as the highest priced batsman in the Sydney Derby by a fair stretch, but in his last 15 innings in all competitions, the master technician has scored 806 runs at an average of 62. Is the lock of the night Saturday.

Bresnan was added to the Scorchers squad as the replacement player for David Willey, who is currently out of the team due to international duty in the Australia vs  England ODI’s. Bowled three overs at a hefty economy against the Thunder on Thursday but did claim two wickets in the process. Should get another good chance with the ball Saturday and can definitely swing the willow if needed.

Has played three games for the Scorchers so far this season as an opening batsman and hasn’t scored over 21 runs yet. His average through the three innings sits at just 11.33 and comes up against a quality bowling attack in the Strikers Saturday night. Also got his first bowl of the tournament on Thursday, going for 19 runs off a solitary over.