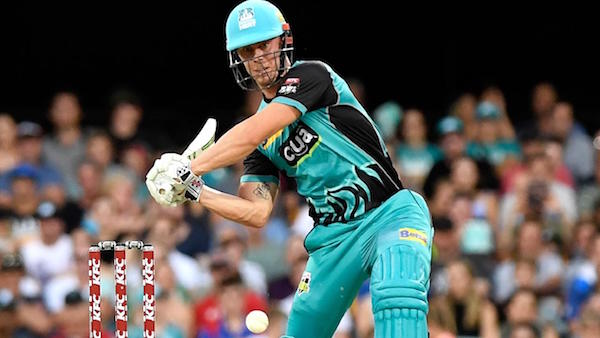 We have finally reached the conclusion of the BBL07 regular season with the final two matches to be played in a massive double header this Saturday night! Both Moneyball and Draftstars are putting up great prize pools for each game of the double header, so once again we bring you our Chalk, Chance or Chump for the Big Bash action this Saturday night.

No surprises here. The powerful Heat opening batsman got the nod from fitness staff to suit up for the Heat’s must win game on Saturday night against the Renegades. In a practice match a few days ago against the Queensland Premier XI, Lynn smashed 83 off 28 balls. The Heat need to win the game and also need to do it in quick fashion, as they have a fair margin to pin back in net run rate. Back the master blaster to go off here.

The former Australian Test opener might be known for his measured approach in the red ball format of the game, but Heat teammate Ben Cutting has publicly stated that Renshaw thinks he can match the hitting power of Chris Lynn. That’s a big call from Cutting, and one that has to come with some validity given the two have played together for years. Renshaw was a surprise inclusion into the Heat team for the final game of the season, and at just $6,200 on Moneyball, there’s certainly value there.

It might be his last game in the BBL, but it’s hard to expect any sort of dream send off for KP after the season he has had. With just 180 runs through seven innings at an average of 25.71, it’s been one of Pietersen’s worst seasons in the BBL. He’s been dismissed in for 12 or less four times and surpassed 50 just once. Steer clear.