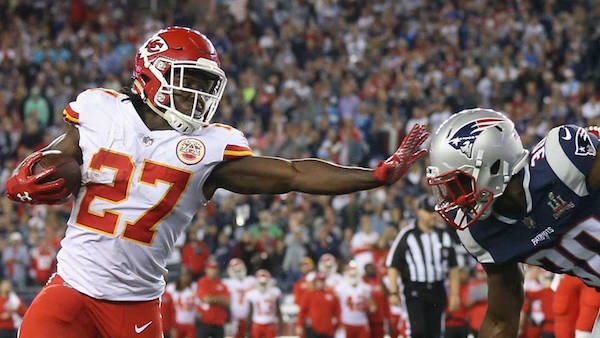 A three game Thanksgiving slate on Friday means that the Sunday slate in the NFL is not quite as big as it normally is, however, there is still plenty of cash on the line at both Moneyball and Draftstars and we are back with another edition of Chalk, Chance or Chump for the major tournaments this Sunday (Monday AEDT).

We’ve abstained from picking Tom Brady in Chalk, Chance or Chump in the past because of his hefty price tag, but the way he is playing at the moment is absolutely undeniable. Dominated the Raiders on the weekend to the tune of 339 passing yards and three passing TD’s and has another favourable matchup against the Dolphins this weekend. Miami give up 229 passing yards on average and 25 points per game, their red zone defence is also one of the worst in the league, with 18 passing TD’s allowed this season.

Is a mid priced running back mainly due to sharing the workload with Alvin Kamara, however, gets a great chance this weekend against the Rams, who are one of the weaker teams against the rush so far this season. LA allow 122 rushing yards per game, which is good for the 5th most in the league and Ingram had 21 carries for 121 yards and three TD’s last weekend.

Was the best player in all of fantasy through the earlier parts of the season but has absolutely capitulated over the past month. Teams may have figured out the Chiefs offence as the rookie has scored in single digits in the last three games in a row. Has a favourable matchup against the Bills, who allowed Mark Ingram to go off last weekend but Hunt hasn’t looked like it at all lately. Steer clear.