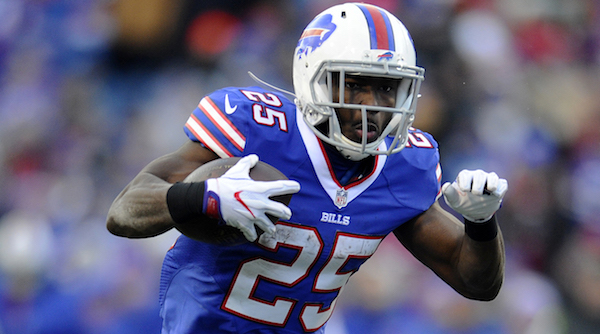 One hit and two misses in our NFL Chalk, Chance or Chump previews for Week 13 of the NFL season. Le’Veon Bell, as predicted went off for another monster score but our chance and chump picks both proved us wrong. We’ll be looking to bounce back this weekend as we preview the Week 14 Sunday slate at Moneyball and Draftstars this weekend.

Shady McCoy is my top pick at the RB position this weekend. Has the most favourably matchup of all of the Sunday slate games as he comes up against the Colts, who allow 108 rushing yards per game and the most points per game at 27.5. Scored 25 against the Chargers a few weeks back and should is not only a running threat but a pass catching option out of the backfield. Should have over 100 all purpose yards here.

For the price, Jimmy Garoppolo is almost a must have in fantasy this week. The former Patriot started his first game for the 49ers in Week 13, passing for 293. While he didn’t throw any TD passes, coach Kyle Shanahan’s intent to throw the ball was prevalent and Garoppolo should get plenty of opportunity again.

Big call here as Gurley has been arguably the best fantasy RB so far this season, but has a really difficult matchup against the Philadelphia Eagles, who allow the fewest rushing yards per game as well as the fewest points per game of any team in the league. Gurley has also had a few low scores throughout the last month, failing to score over 20 in his last four matches.