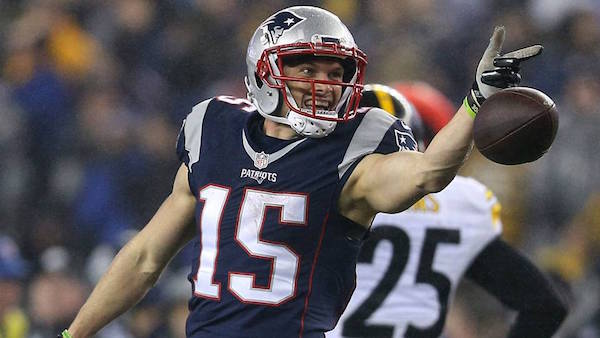 Big Ben has been on an absolute tear in the last few months of play, especially at home. He has averaged 345 yards per game at home since Week 5 and has a 67% completion rate in those games. Comes up against the Patriots this weekend, who while their defence is greatly improved since the start of the season, still allow the 4th most passing yards per game of any team. This game has the potential to be a shootout so we like Big Ben here as the cheaper option than Brady.

Hogan returned from injury last weekend against the Dolphins, his first game since Week 8 and was thrown straight back into the fire, playing almost 90% of the offensive snaps in Miami. As we mentioned above, we think the Pittsburgh-Patriots game could bea shootout and with no Edleman in the line-up, Hogan is ultra consistent at racking up catches over the middle and also chipping in with big yardage plays. Should be good value this weekend.

Probably the first and only time I’ll mention Aaron Rodgers name as a potential chump, but there are just too many uncertainties surrounding the Packers star this weekend. So much mystery around his injury and how he was able to return from it so quick when he was slated to miss potentially the whole season. He has stated that he is not returning to be a star but to help the team in any way he can. Against a Carolina team that is top 10 in passing yards allowed, stay away from Rodgers this weekend.