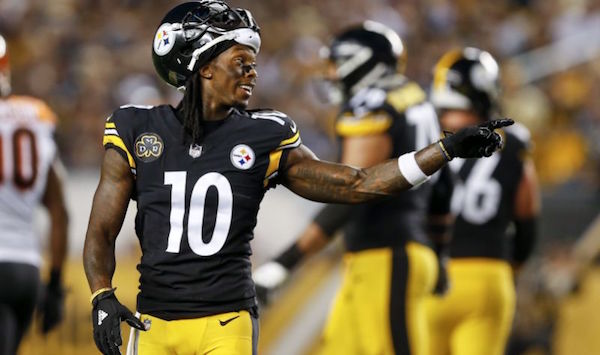 A couple of decent picks in last weeks NFL Chalk, Chance or Chump as Aaron Rodgers threw three interceptions as our chump pick and Ben Roethlisberger, as predicted, had another good game. We'll look to give some more helpful advice this week as we take a look at the fantasy options in Week 16 of the NFL.

The Steelers were dealt a massive blow last weekend when star wide receiver Antonio Brown suffered a season ending calf injury. The injury to Brown will thrust Bryant into the number one receiving role at the Steelers, one that he should relish given the already outstanding connection between himself and Ben Roethlisberger. Bryant’s average target numbers should skyrocket from this week onward, making him a real No.1 receiving option.

Much in the mould of the Martavis Bryant pick, Dion Lewis is our chance of the week here due to the fact that No.1 RB option at New England, Rex Burkhead, suffered a knee injury on the weekend and will miss this week’s game. Lewis should get all the carries he can handle here and with the great matchup against the Bills, who allow the most points per game to opposing RB’s of any team in the league, we expect him to score well here.

Jimmy G has had a couple of good games since being traded from the Patriots but with a lack of TD passes, he has failed to score highly in those games. Just one score of over 20 points in the 49ers three game winning streak and Garoppolo has a tough matchup against the Jags this weekend. The Jags allow the fewest points to opposing QB’s of any team in the league. Steer clear of the young 49er here.