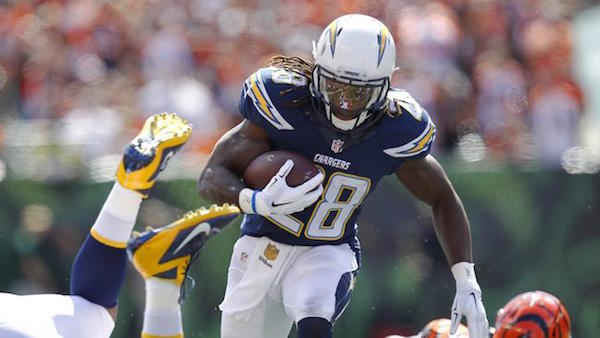 The beginning of the NBA hasn’t slowed down the momentum in American Football at Draftstars and Moneyball! This weekend marks Week 7 of the 2017-18 season and with it comes another two massive Sunday slate tournaments worth $10,000+. As usual, we are back with another edition of Chalk, Chance or Chump for the Week 7 Sunday Slate!

The Saints D/ST had an absolute monster game last weekend, scoring three defensive touchdowns, picking off Matt Stafford three times and forcing another two fumbles. It seems it’s a perfect storm this weekend as the Saints come up against the Packers, who will be without starting QB Aaron Rodgers. Brett Hundley came into the game for the injured Rodgers last weekend and threw three interceptions on 18/33 passing attempts so we like the New Orleans defence to be big again here.

A cheaper option at QB than some of the more premium guys is Blake Bortles, who this week faces the Indianapolis Colts. The Colts allow the 2nd most passing yards per game and the most points at a whopping 32.5. While he is only averaging 165 yards per game, we expect that number to grow exponentially against the Colts to the extent of Week 4 when Bortles had 244 yards with 4 TD’s.

Gordon has been huge over the last few weeks with scores of 34 and 36 in his last two games. Has a tough matchup this week though as he comes up against the might of the Denver defence. Denver allowed New York RB Orleans Darkwa to have a big game last weekend but even counting that they still allow just 70 yards along the ground per game. Gordon catches a lot of balls out of the back field but Denver are arguably the best team in the league at combatting receiving backs. Look elsewhere for production at the RB position this weekend.