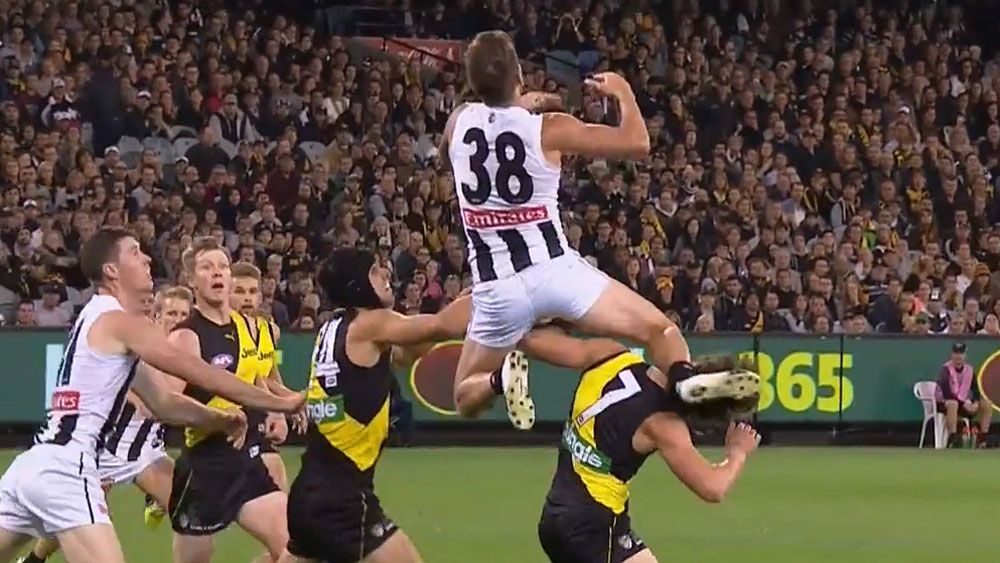 AFL Round 19's 5-game Saturday slate see's the Tigers take on the Magpies, Cats battle the Lions, Giants host St Kilda, Suns play the Blues, and the Crows duel with the Demons.

As usal, there’s plenty of great AFL DFS contests around the country to get stuck into, highlighted by the $50,000 Guaranteed contest at Draftstars and the qualifiers for the $100,000 Super Contest at PlayON.

Thanks to Fantasy Boss we've brought you all the best selections for your fantasy lineups.

People are starting to take notice of this Richmond defender and for good reason. All that DFS coaches need to know is that Bachar Houli is not amongst the ins for the Tigers. As previously outlined, Short now finds himself as the designated rebounder and without Houli in the team he is averaging 95. He has a last 5 average of 92, which is +13 on his season average.

Short, along with Ellis and Vlastuin are nicely priced and primed to come up against the DFR FB Number 1 ranked back match-up, while Broad could also provide value at his lowly price. Interestingly, Richmond defenders fill 5 of the top 10 value projections for this game.

Grundy faces the favourable Richmond ruck match-up. After a quiet game against the Eagles in Round 17, Grundy bounced back last week to bring up his 15th 100 for the year! This includes 9 x 120+ scores.

It doesn’t look favourable for Henderson to bounce back from his 42 last week. He remains at the tempting basement price of $5k, however, he comes up against a team that ranks second last for points against to backs over the last 5 games.

With the current form of GWS up against the struggling Saints at Spotless Stadium, this contest certainly has blowout potential. As a result, GWS stacks present value. In the last 5 matchup overview, St Kilda don’t have a Back, Midfield or forward differential in the top 10, however, this is most likely due to them having played Carlton, Gold Coast and Richmond (low scoring fantasy team) in this span of games. According to the Fantasy Boss matchup rank, St Kilda give up the 5th most points to midfielders in the competition.

Ward has been willing GWS this year and deserves a lot of credit for their turn of form. He’s gone for 100+ in 5 of his last 6 games and is at the affordable price (in terms of premiums) of $13,910.

Shiel is the cheapest of the GWS premium midfielders at $12,940. If you end up needing a player in the mid-range, I like Shiel as a 100-110 option. He scored 118 in their last big win at home and hopefully he cashes in on this weak matchup on Saturday.

Backs vs GWS has become an increasing trend over the last 5 weeks, with the team giving up the third most points against in that span. With Jimmy Webster out, Jarryn Geary improves his output with an average of 79 compared to 69 with him. Shane Savage has an average of 82 for the season and is the Saints preferred user off half back. If GWS allow the anchor kick towards goal, we can expect to see Carlisle return to the form he had prior to his injury.

This is a very interesting matchup, both teams are ranked 1st and 2nd for points against this season and have huge last 5 averages of 1710 (GC) and 1728 (CAR). With that in mind, the total points scored for both teams is not going to hit 3438 which is an average of 78 to every player on the field. With two bad teams going at it here, expect a far more balanced output from both sides.

The most favourable matchups in the slate are in this match. Forwards vs Carlton has become massive over the past few weeks and backs and midfielders vs Gold Coast has been big season long.

Peter Wright is a good fantasy scorer but unfortunately is impacted heavily by his poor side. At just $9,710 he has the potential to produce close to 10x for you in either the ruck or forward slot. In his 5 games this year he has one dud score of 35, however, 72, 82, 59 (50 at HT) and 93 suggest that in a far more even contest and with consistent supply, he can produce another score in the 90’s.

Sexton has improved his output of late with 76 and 86 in back to back weeks. His role can change quite a bit, but with favourable matchups in both the forward line and midfield, we can expect something in excess of 70 at the relatively cheap price of $8,680.

Patrick Cripps has been unbelievable of late putting huge scores together with taggers each week. Gold Coast have opted to drop the tag of late starting the last two weeks tag free (potential for Merrett and JPK in that space). If Cripps is allowed to run free, 130 is well on the cards.

Ed Curnow after an awesome start to the season that involved the first 7 rounds free of tagging duties has now struggled a bit of late. With no real superstars in the Gold Coast midfield (Swallow and Lyons) it’s highly likely that Curnow has the freedom against a weak midfield to go after his own ball.

If you’re looking for a premium option, Kade Simpson presents value at $13,750. He’s been down the last couple of weeks, but he has strong bounce back potential in this favourable matchup.

Marchbank’s first half to last year was awesome with an average of 78 before dropping off significantly by years end. After falling off coaches radars last week, he dropped 78 in their thrashing vs the Hawks. At $7,150 it’s hard to ignore Marchbank as an option against the fantasy friendly Suns backline.

Adelaide continue to remain around the top of the rankings for Points Against to midfielders.

Clayton Oliver is in red hot form with a huge last 3 average of 133 and hence you will have to pay up. With Riley Knight looking for his next scalp having kept Beams to 85 and Joel Selwood to 73 in the past two games, Oliver might not be worth the risk.

Nathan Jones is due and with Viney still out of the team he’ll shoulder a great deal of these juicy midfield minutes. He’s nicely priced for team build.

Another player who has found themselves up around the ball in Viney’s absence is Petracca. He went for 110 in last week’s big game against Geelong and with their season on the line look for Petracca’s class to be injected in to the midfield once again.