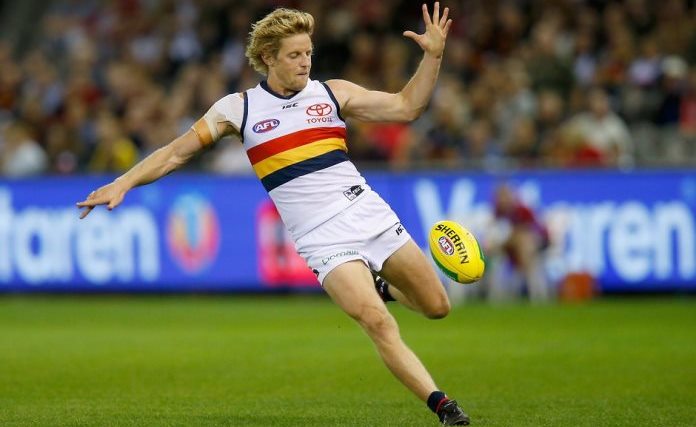 Plenty of great action in the AFL this Saturday with 5 matches, one of which will be between finalists. Geelong will host the lowly Suns, League leaders Richmond will take on the Bulldogs, The Pies are away to Freo, cellar dwellers Carlton host the Crows and the match of the day will see the 5th placed Swans host the 4th placed Hawks.

Over at DraftStars they have a $50,000 tournament taking place on Saturday for these games, so get on over and get your seat for a chance to win!

The team at PlayON have qualifiers to enter their $5k AFL Grand Final Contest. Don't miss out on this great opportunity either!

Within this slate, DFS coaches are presented with the top 3 forward match-ups across the entire competition and 4 of the top 5:

Knowing the discrepancies between Fremantle’s fantasy conceding form at home compared to away I would be leaving the Pies out of this one, but never mind there are plenty more to choose from:

Five Geelong players find themselves in the top 10 of our scoring projections and for good reason, as they face Gold Coast on their home deck. The Suns have conceded the most points against this season (an average of 1687 points per game) and have given up the most 100+ scores (average of 4.3 per game). They lead the points against for Forwards, Midfielders and Backs, but our focus for now is on five Geelong players that all find themselves in great form running through the midfield.

Kelly: Last 5 games average of 94, a solid 8 points per game better than his season average.

Unfortunately it isn’t just the midfielders that look set to cash in against the Suns. Two Geelong backs are primed for the picking this week:

Lachie Henderson is back to his best playing +1 across the backline. Has scores of 81 and 78 in his last two games which more closely reflect his recent season averages. At just $8,750 and against the number 1 back match-up he could be looking to push 10x value.

DFS coaches are also treated with a plethora of ruck options this week.

McEvoy, in his second game back from injury, comes up against the 5th ranked ruck match-up in Sydney. Considering Sinclair and the Swans have conceded big scores to Nankervis (131), Goldstein (125), Witts (132) and Grundy (150) in their run home, big McEvoy could be in for a day out.